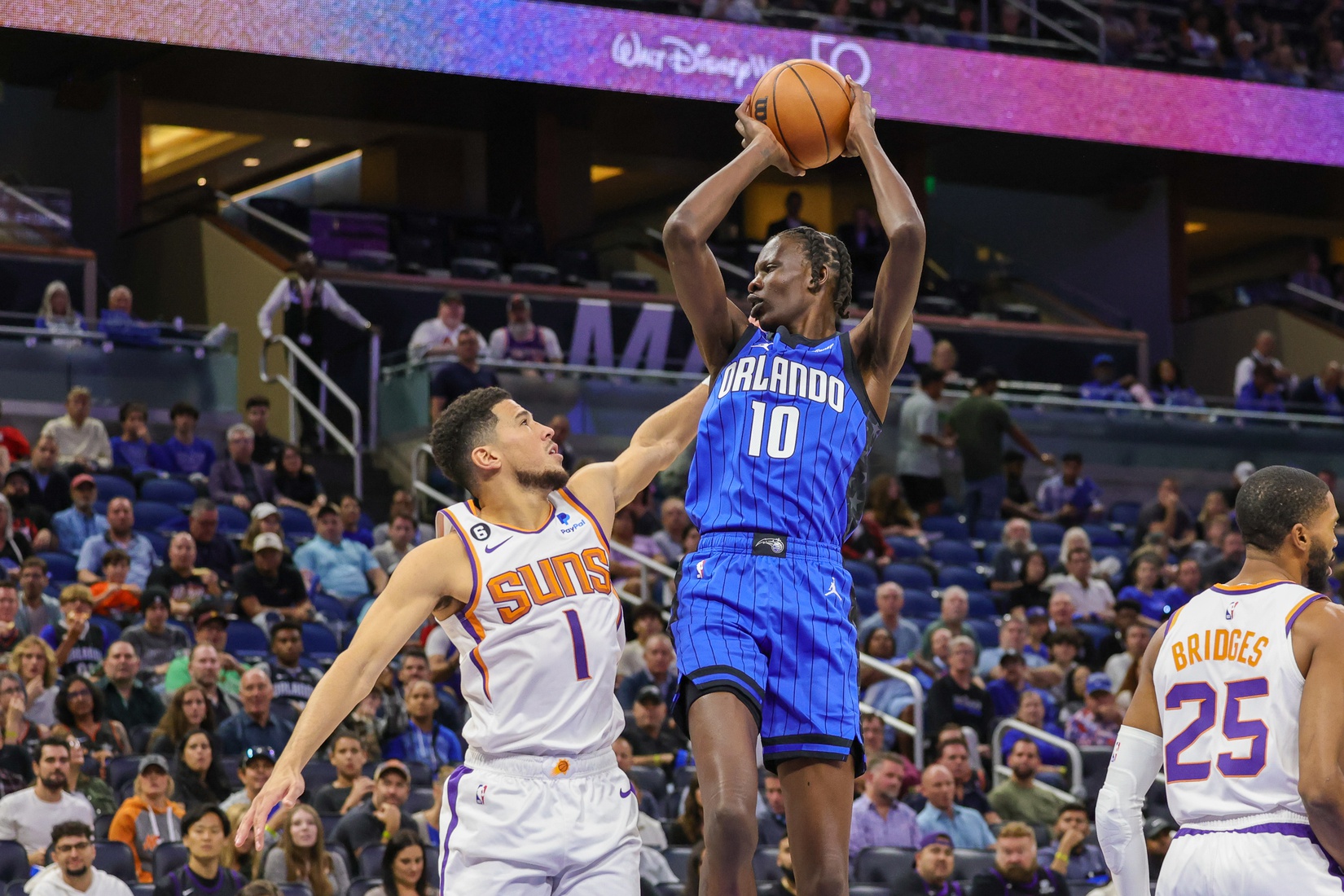 The Phoenix Suns traveled to visit the Orlando Magic on Friday. For Phoenix, it was the third stop in the Suns’ four-game road trip. Phoenix is coming off a victory against the Minnesota Timberwolves on Wednesday.

Phoenix has been on a streaky ride after getting off to a hot start on the season. Grabbing a win against a young, shorthanded Magic squad would be beneficial.

Yet still, the Suns were behind 58-52 at halftime.

Deandre Ayton got off to a perfect start from the field over halfway through the first quarter. He was 4-foor-4 from the field with one block. Though a more inexperienced squad, the Magic pose a frontcourt full of lengthy spacers that were determined to give Ayton a challenge.

The more concerning issue was both Devin Booker and Mikal Bridges getting off to slow starts against Orlando. The two were scoreless with three minutes left in the quarter. Both players combined shooting 0-for-8 from the field.

Without Cameron Johnson and Chris Paul to give some scoring assistance, both Booker and Bridges will have to look for more efficient shots.

The quarter wasn’t headlined as Orlando being the better team, yet simply that Phoenix couldn’t make shots early on. As a result, it cost the Suns the lead for the quarter.

The Suns opened up the second quarter attempting to cut into the Magic’s lead. Orlando was still able to control the paint area, more specifically with Ayton sitting.

Phoenix was able to cut Orlando’s lead down to two with eight minutes left in the half. The Suns determination was mostly on the bench, and they responded. Damion Lee was able to heat up from three-point range, hitting a couple of critical shots that eventually gave the Suns the lead.

The rebounding game had been fairly even for most of the game, but Phoenix was starting to pull ahead, leading to more time on offense. Head coach Monty Williams put in his starters around the five-minute mark to battle out the remainder of the half.

Jalen Suggs wasn’t prepared to let the Suns back in so easily though. He hit a mid-range jumper to put the Magic back in the lead with R.J. Hampton capitalizing with a three-pointer.

Phoenix was able to get dangerously close to retaining the lead, but for every shot they made, there was no answer on defense.