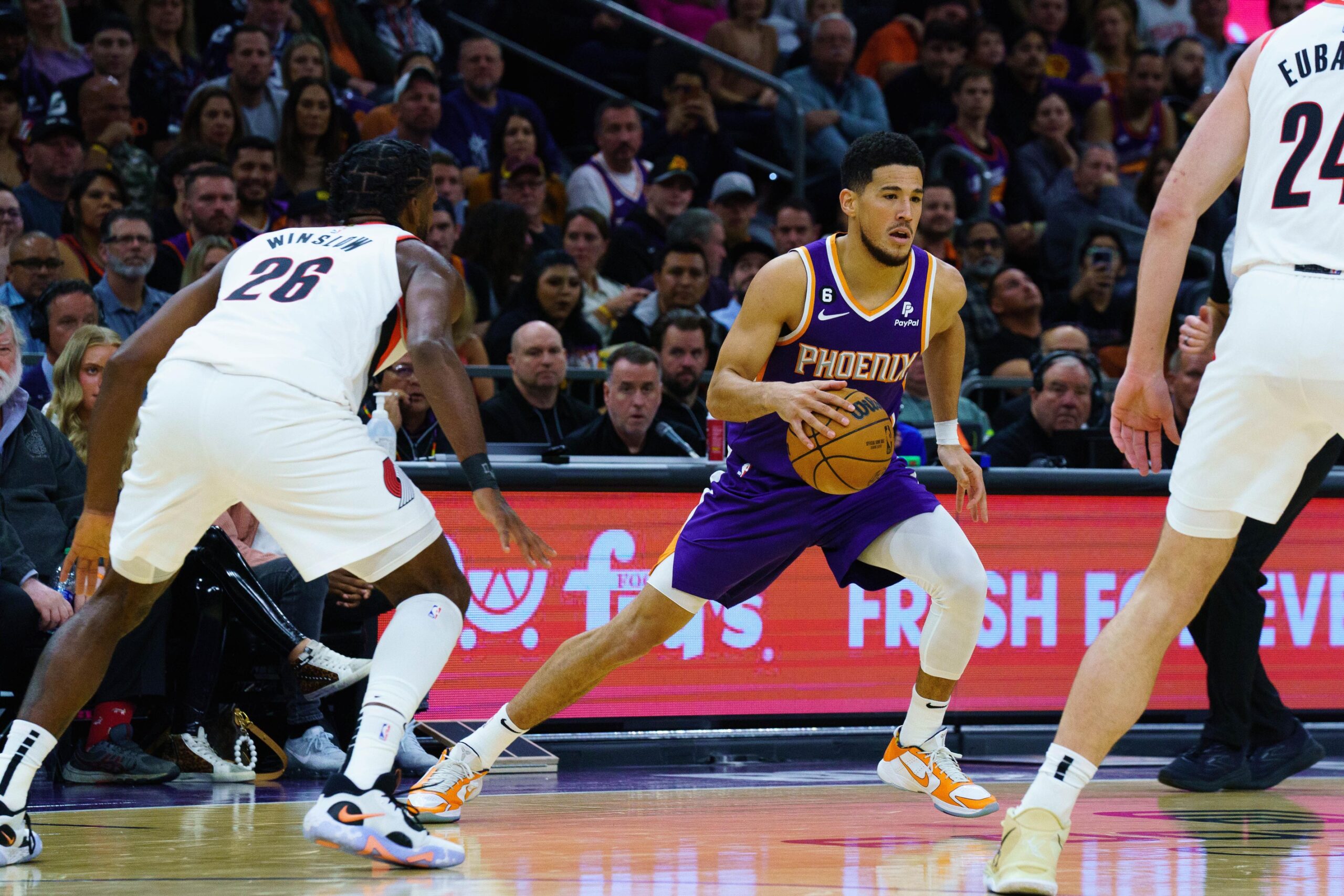 The Phoenix Suns caught fire against the Portland Trail Blazers on Sunday, and they’ll attempt to carry that momentum into Monday. Phoenix traveled to take on the Philadelphia 76ers in only its second away game this season.

The 76ers have lost their last two outings, and are looking to rebound at home despite their opponent. Philly seemed destined to make that a point, as they lead 56-47 over Phoenix at the half.

Booker finished with seven points on 3-of-7 shooting. Deandre Ayton put up six points along with a steal through the first quarter.

Chris Paul didn’t show the same aggressiveness as prior games, going scoreless in the first quarter. Given his shot-less quarter, head coach Monty Williams will surely want him to show more emphasis in the second quarter.

A surprise x-factor for the 76ers has been Tobias Harris. Harris has gotten off for 11 quick points during the first quarter. His game will continue to open given James Harden‘s absence.

Phoenix will have to work on slowing down Harris while limiting Joel Embiid‘s opportunities in the paint. He had 10 points.

The Suns started the second quarter fairly stagnant on offense. On top of that, Ayton picked up his second foul, giving the Suns six fouls early.

Philly’s lead nearly ballooned to 20 around the seven-minute mark. Phoenix hadn’t found an answer for Embiid nor the 76ers’ up-tempo style. The Suns were also losing the free throw battle, given the 10 fouls they’d committed halfway through the second quarter. That led to 15 free throws for the 76ers compared to the Suns’ five.

Even as Booker and Ayton found themselves back in the game, the Suns were nearly on a three-minute scoring drought. Such a stalling offense didn’t help them chip away at Philly’s lead. To make matters more troubling, Paul exited the game with nearly five minutes left. He appeared to injure his right leg on a screen.

With Cameron Johnson out for the near future, an injury to Paul would seriously deplete the Suns’ lineup.

Payne and Booker attempted to wield the Suns back into a close game, but the 76ers seemed to have an answer for each of their advances. Payne, however, hit a last-minute three-pointer to cut the lead below 10.

It’s unclear what lineup the Suns will display after halftime given Paul’s unknown injury.

Will Hernandez Ruled Out Against Rams
Suns Vs. 76ers – Game Recap