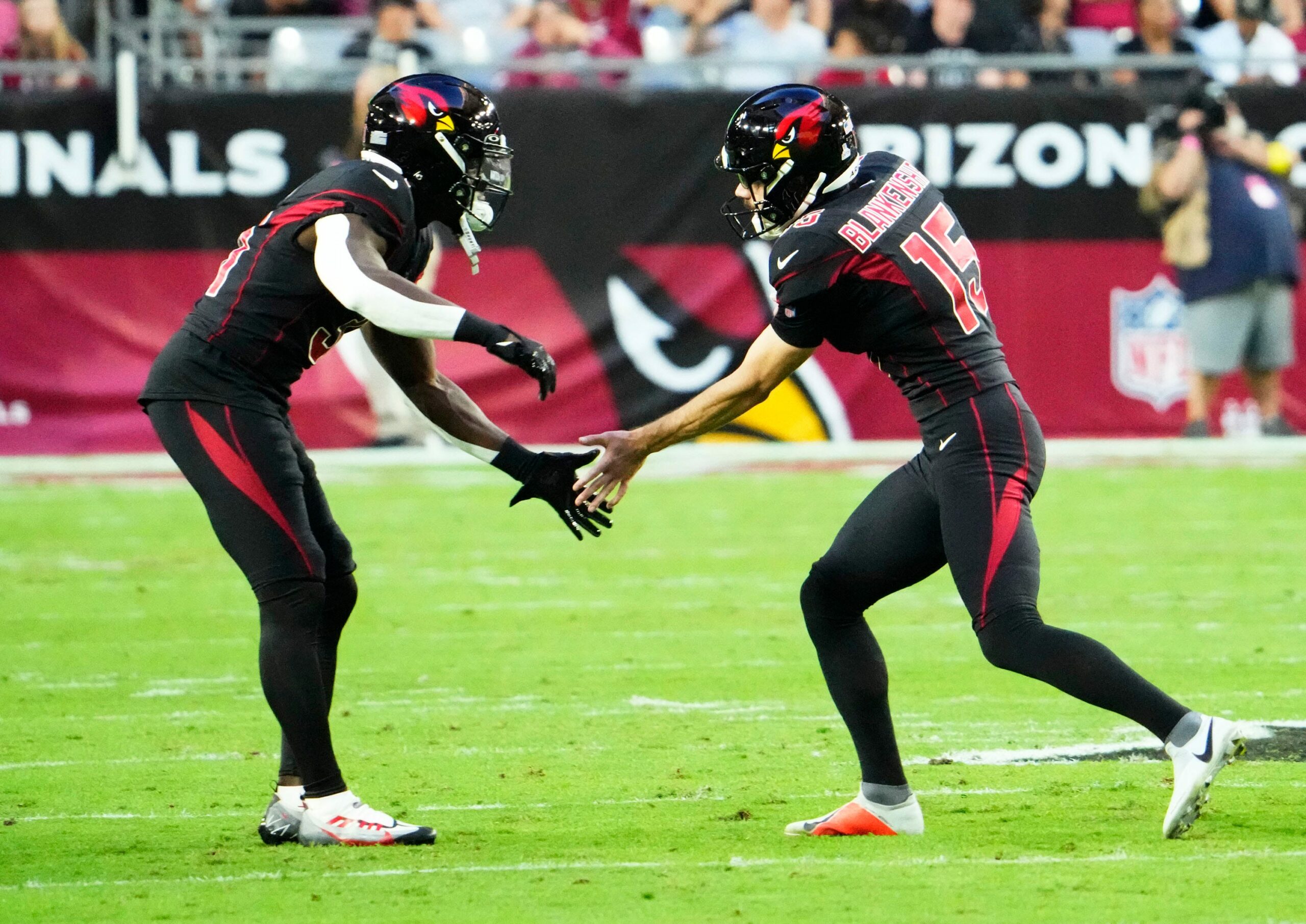 After playing just one game with the Cardinals, kicker Rodrigo Blankenship has been released.

With starter Matt Prater back from injury, Arizona is now back on track with the kicking situation. Ever since Week one, it has been sort of a roller coaster ride trying to find the right replacement.

In his return last week against the Vikings, Prater went 2/2 on extra points, drilled a 44-yard field goal, and finished it off with a 34 yarder in the 4th quarter. This is just what the Cardinals wanted to see in his return.

In addition, we have made the following roster moves:
-Waived K Rodrigo Blankenship with an injury settlement.
-Signed DL Eric Banks and OL Rashaad Coward to the practice squad.
-Released OL Sage Doxtater and Danny Isidora from the practice squad.