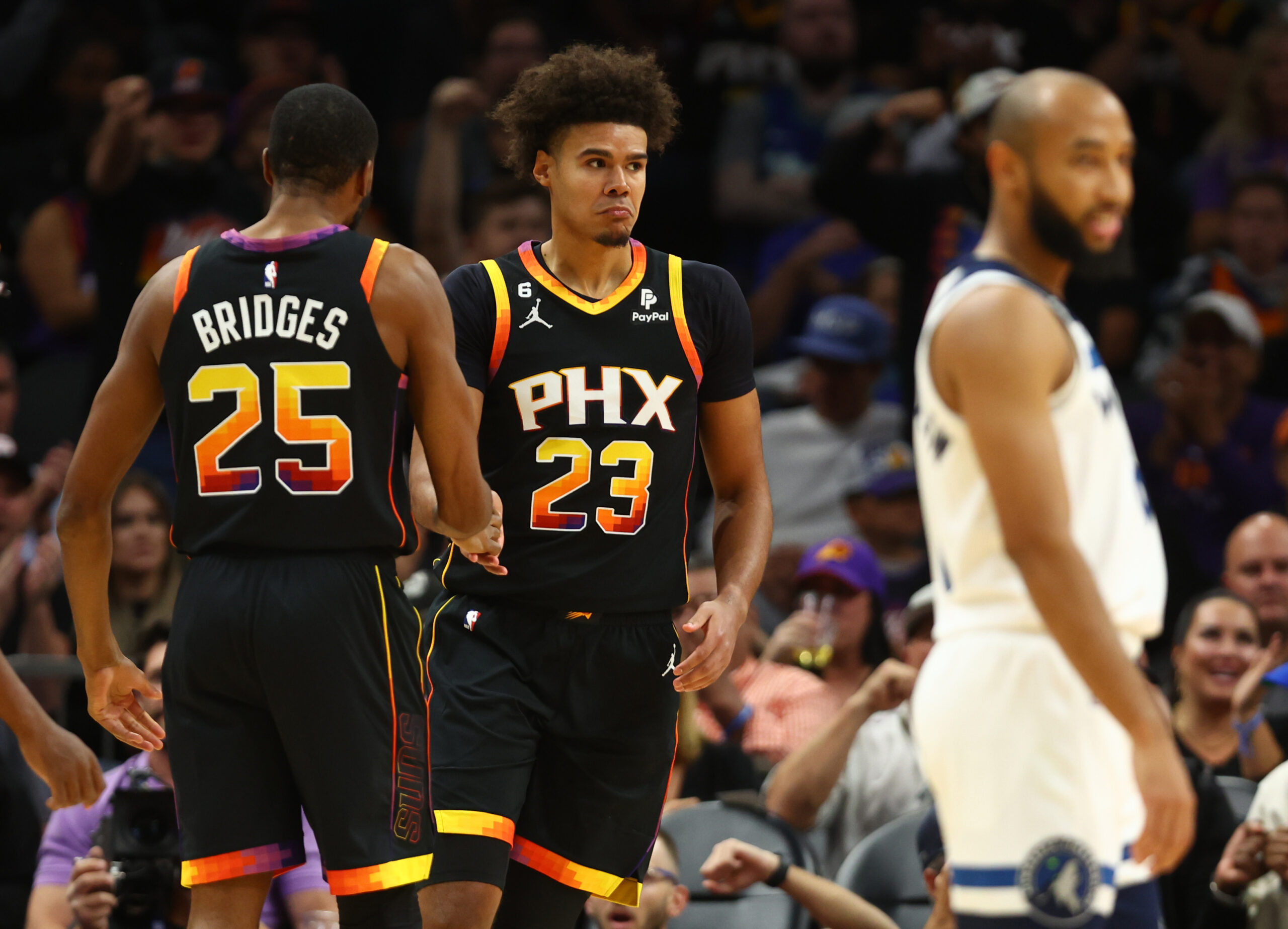 Phoenix Suns forward Cam Johnson was a force last night against the Minnesota Timberwolves. His 29-point performance led his team to a 116-107 victory and finalized the Suns’ fifth straight victory.

With this 5th straight win, Phoenix is now 6-1 to start the season, which ties a franchise record through seven games. The only other time that the Suns started 6-1 was back in the 2009 season with the legend Steve Nash.

But it was the 10 of 17 shooting performance from Cam Johnson that stood out the most to fans. The 25-year-old even matched a career high for first half points with 17.

The name Jae Crowder was getting thrown around quite a bit as well. With Crowder gone, Cam Johnson has filled the shoes perfectly, and the Suns do not look like they are missing Crowder’s talent one bit.

Cam Johnson had more points tonight than Jae Crowder ever had as a Sun.

Seems like the young man is adjusting to that starting role

And lastly, his teammate, Mikal Bridges, shared his own words of excitement..

"I'm just so excited for him. Every time he shoots, I feel like it's going to go in every single time."
– @mikal_bridges on Cam Johnson

The Phoenix Suns’ next game will be the start of a two-game series against the Portland Trail Blazers. This will be a familiar face as the Damian Lillard and the Trail Blazers have handed the Suns their own loss this season.

Tip off will be at 7:00 p.m. this Friday at the Footprint Center.