Did the Officials Miss a Helmet-to-Helmet Penalty? 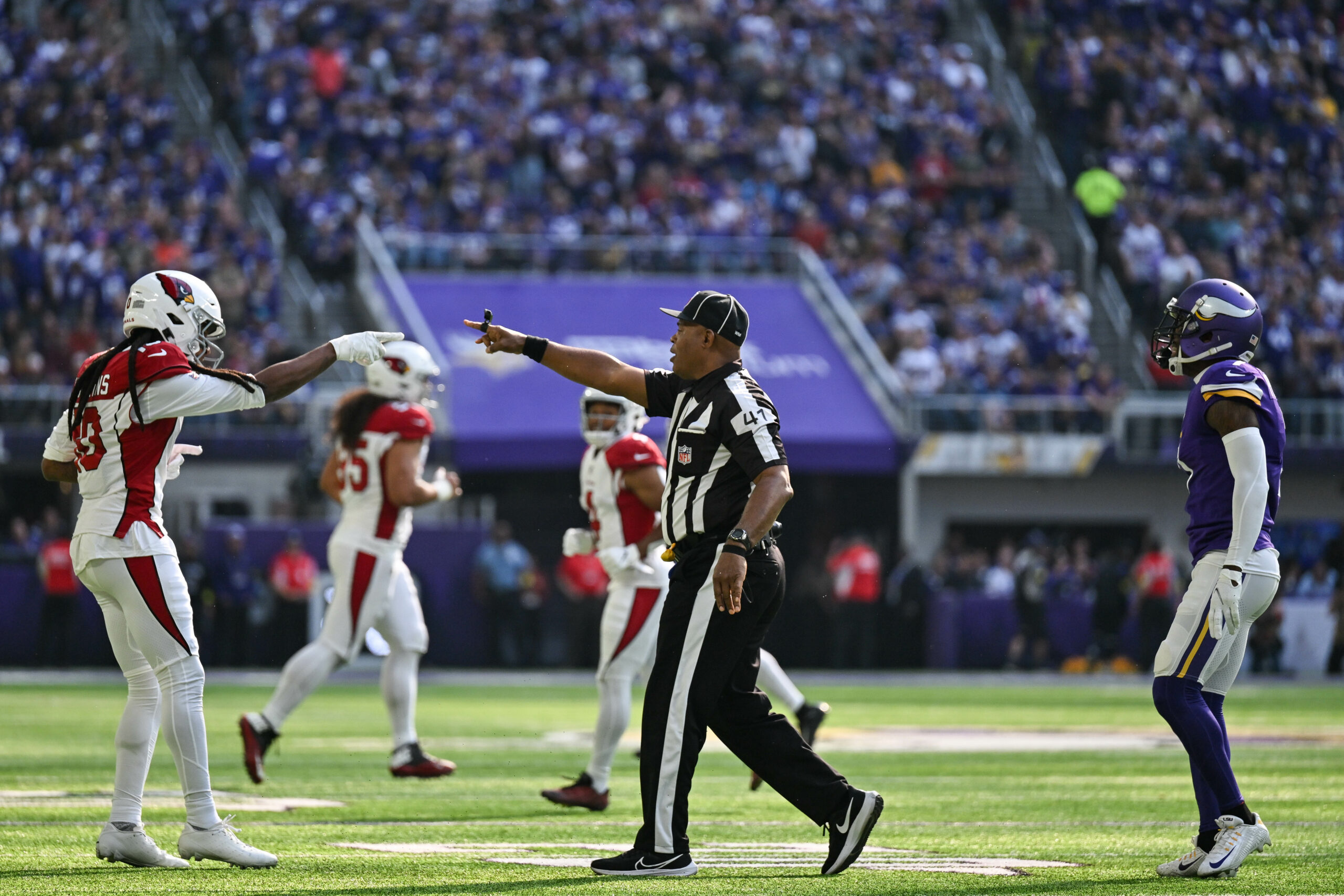 With a little over two minutes left in the third quarter, Kyler Murray threw a dart to DeAndre Hopkins in the endzone on a third & goal attempt.

With defenders on both sides of the star receiver, Hopkins was unable to come away with the football. If the pass was completed, Arizona would have taken the lead.

Instead, Matt Prater was forced out onto the field to kick a field goal, making it a 28-26 game. This field goal ended up being the last points that the Cardinals would score in a 34-26 loss against the Vikings.

However, fans were quick to point out the helmet-to-helmet contact that occurred at the goal line. After a closer look, it appears that S Harrison Smith lowered his helmet and targeted Hopkins’ head. If the officials had called a penalty, the Cardinals would have been rewarded with an automatic first down.

After the game, DeAndre Hopkins sounded off on the no-call by the officials.

… @NFL I need an explanation? https://t.co/smr0HeKvkN

Do you think this should have been a helmet-to-helmet penalty?