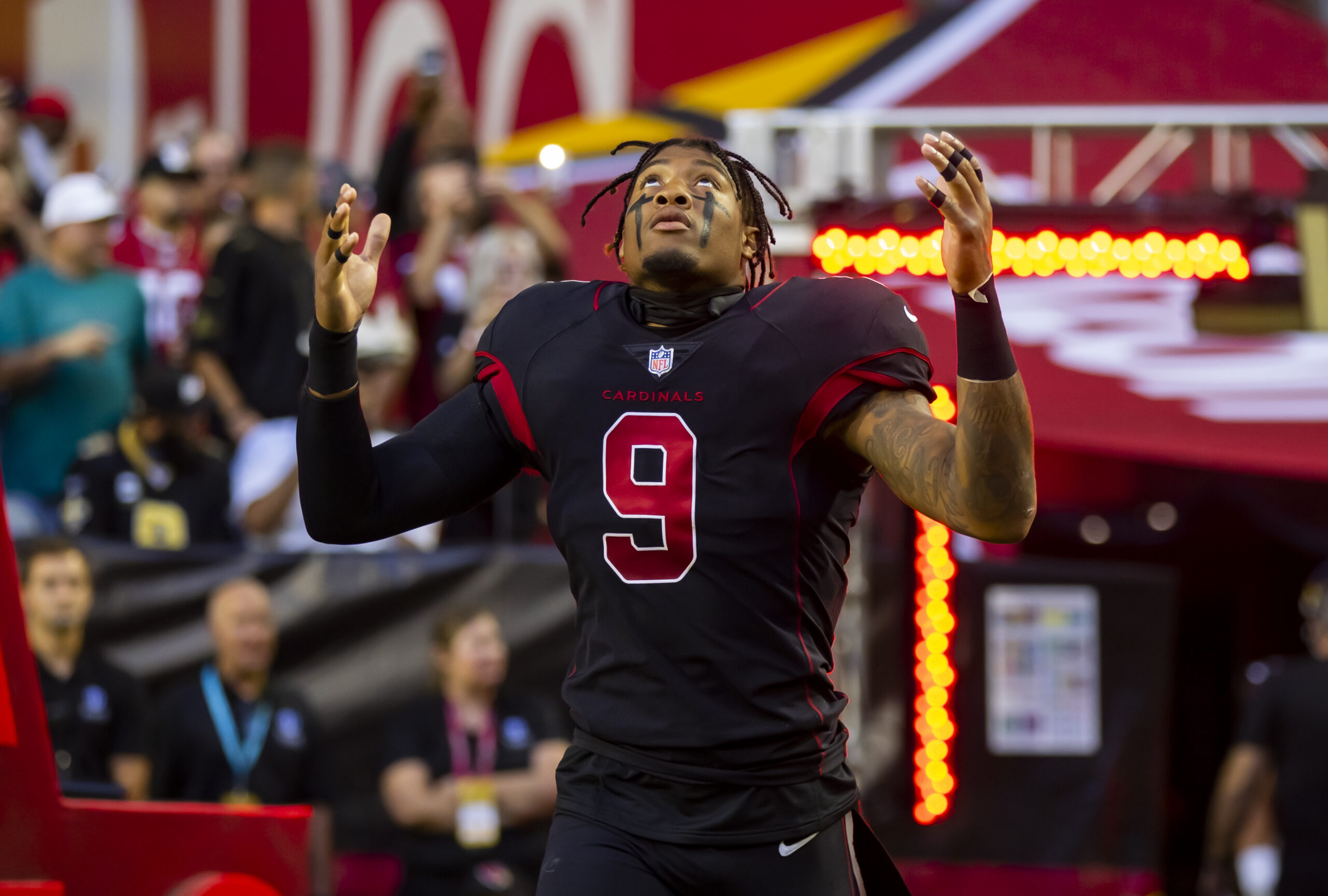 Isaiah Simmons started this season with a tough game, creating panic among Cardinal fans. The linebacker out of Clemson played 87% of defensive snaps against the Chiefs, allowing TE Travis Kelce to record 121 receiving yards and a touchdown.

Following the disappointing season opener, Simmons only played 22% and 33% of snaps in weeks two and three. The Cardinals’ first round draft pick in 2020 was facing waves of doubt as many expected huge things from him in his third season.

However, since Week 3, Simmons has completely turned his performance around and is back to his normal self. The 24-year-old recorded a total of 13 tackles against the Eagles and returned his first career interception last week against the Saints.

The Cardinals’ defensive coordinator, Vance Joseph, has taken note of this turnaround.

“The last 6 weeks he’s been really impressive to watch.”

But Vance Joseph is not the only one impressed by Simmons’ performance in the past couple of weeks. Fans are once again back on the Isaiah Simmons hype train.

Isaiah Simmons is a FREAK! pic.twitter.com/TRmz4WJDOB

After being placed on the All-Rookie Team in 2020, Isaiah Simmons is becoming just what the Cardinals expected and needed.