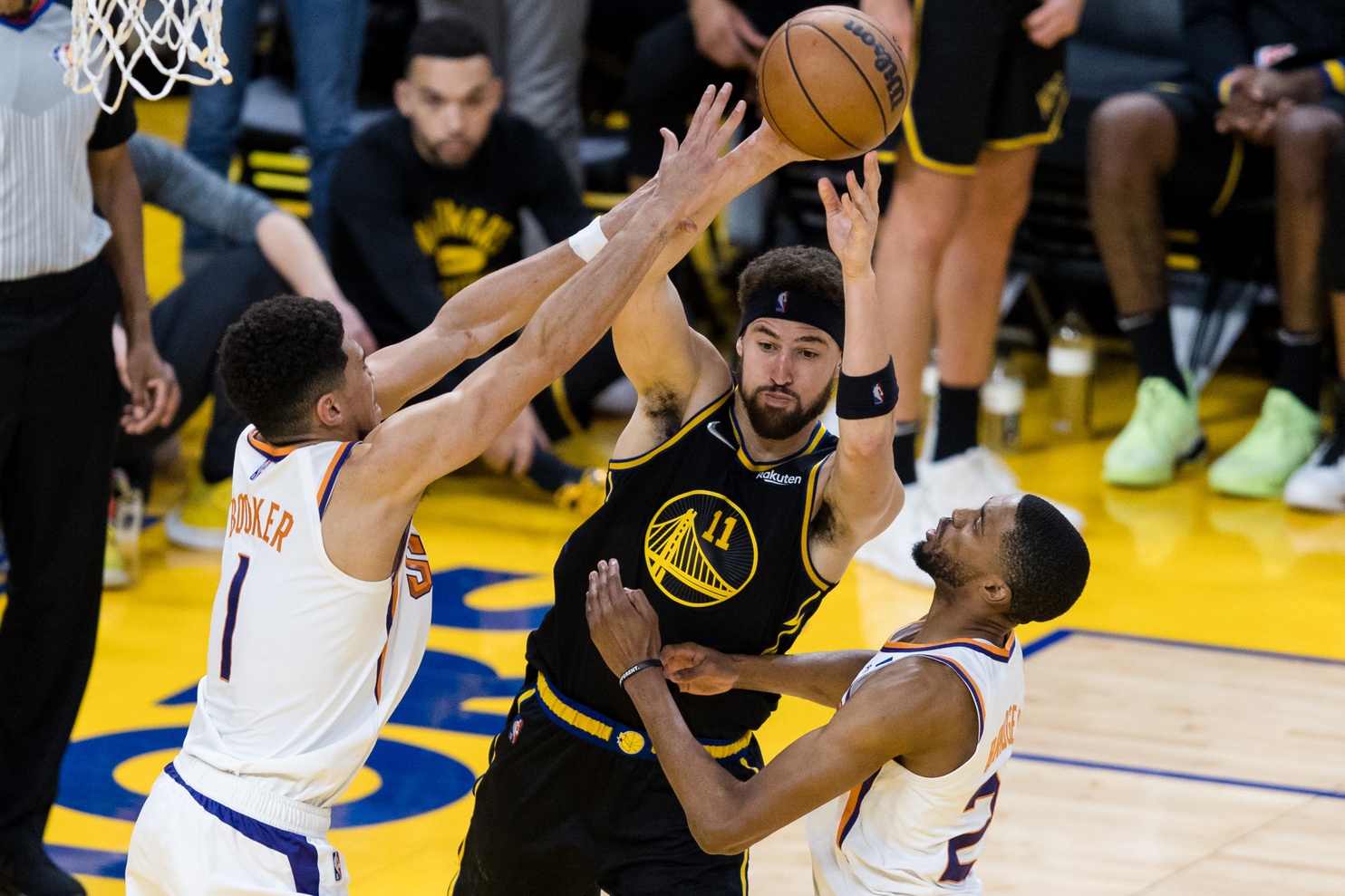 There will be a statement made if the Phoenix Suns can hold off the defending champion Golden State Warriors on Tuesday. As it stands, Phoenix has been successful in its efforts to achieve that at halftime. Phoenix is coming off an impressive win against the Los Angeles Clippers.

The Suns went into halftime leading the Warriors 72-66.

Ayton was aggressive in the post early on, attempting nearly all of his shots from in the paint area. Ayton put up six points along with six rebounds to close out the quarter. His position rival in James Wiseman got going late in the first.

Chris Paul looked to get his shot going early after knocking down two three-pointers to help increase the Suns’ growing lead.

It was a quiet quarter from Cameron Johnson, who went scoreless from the field. He was able to knock down one of his two free throws.

Phoenix was successful in steering Stephen Curry and Klay Thompson off from three-point conversions. The backcourt duo had five points combined at the end of the quarter.

The Warriors looked to close the gap on the Suns’ lead in the second quarter.

Thanks in part to a large role from Jordan Poole, Golden State made a decent lead shrink as time expired before halftime. Poole was able to score on back-to-back possessions against his former teammate in Damion Lee. He has 14 at halftime and could be a deciding factor in the Warriors’ success tonight.

Booker hasn’t lost a step in his scoring prowess to open up the season. The three-time All-Star seems to be scoring at ease so far this season, and that’s the case once again on Tuesday. He’s up to 16 points on 5-of-8 shooting so far.

Chris Paul’s early shooting slump no longer seems to be a factor as well. After knocking down two early threes, the veteran guard hit a buzzer-beater from downtown to put the Suns up 72-66 at halftime.

For the Suns to see themselves the victor, Johnson and Bridges will have to increase their efforts on both ends of the floor. The Warriors were able to shrink the lead in a hurry as time expired in the first half.

Damion Lee Looking to Just Get a Win Against His Former Team The Warriors
Klay Thompson Ejected After Arguing with Suns Players
Loading More Posts...