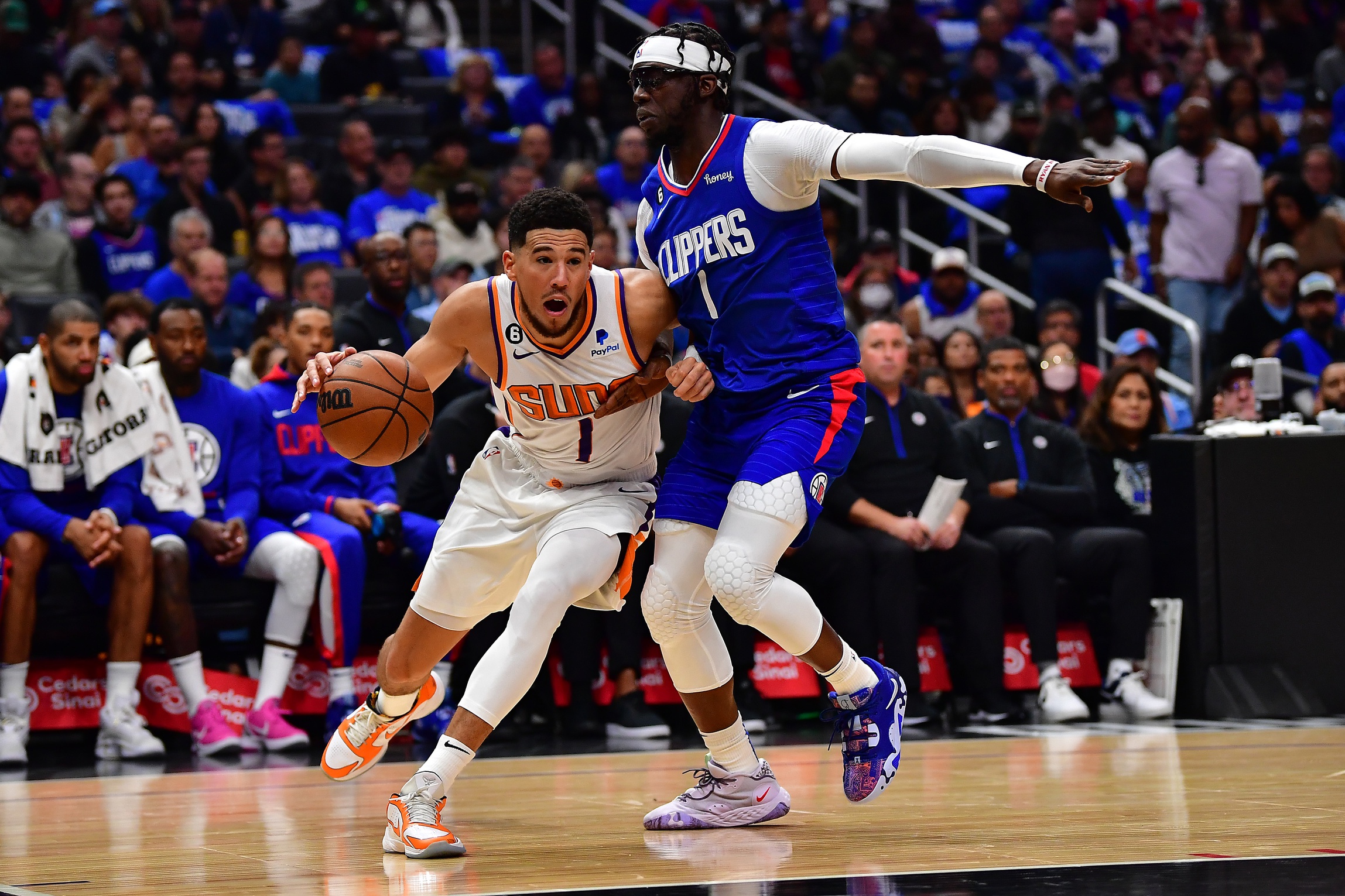 The Phoenix Suns put Friday’s game well behind them as they defeated the Los Angeles Clippers soundly by a final score of 112-95.

Devin Booker continues his stellar season by dropping 35 points on 62% shooting on the night. The Clippers had no answer for him all night long as the Sun’s just kept hitting timely shots all night long. Here are a few takeaways from tonight’s game.

Booker is off to a fantastic start to the season. Before this game in a small sample size, Booker has been averaging 30.5 points per game on 48 percent shooting and 50 percent from three. He’s also adding on a solid free throw shooting season as he is up to 93.8% on the season as he’s took his offensive game to another level. I didn’t even mention his improvement on the defensive end of the floor as it’s been hard for teams to score on one on one action against him since last season and it seems to have taken another step this season. The 2k cover star isn’t just looking like the team’s best player through three games, he looks an MVP candidate and doing at the most efficient rate we’ve ever seen from him as he’s entering his prime years.

Chris Paul had a tough shooting night tonight but that’s not to take away from his incredible hall of fame career. The Point God secured his 11,000 assist on an Deandre Ayton alley-oop which makes him 1 of 3 players to secure this incredible feat joining John Stockton and Jason Kidd. Even with Booker playing more on ball this season, Chris Paul still facilitated 11 assists and continues to put his teammates in position to succeed even on tough shooting nights.

The Phoenix Suns defense was phenomenal tonight as they shut down the Clippers all night long. Not only did the Clippers have only 95 points which is pretty impressive to stop in today’s NBA, they shot only 28% from three as that was key in today’s game. The Sun’s perimeter defense did a good job of contesting jump shots all night long and that’s key for them moving forward if they want to keep trending in the right direction for a successful season.

The Suns next game is against the defending world champion Golden State Warriors at home in the footprint center on Tuesday night. Both teams are 2-1 and it’s making for a marquee early game just 4 games in the season.