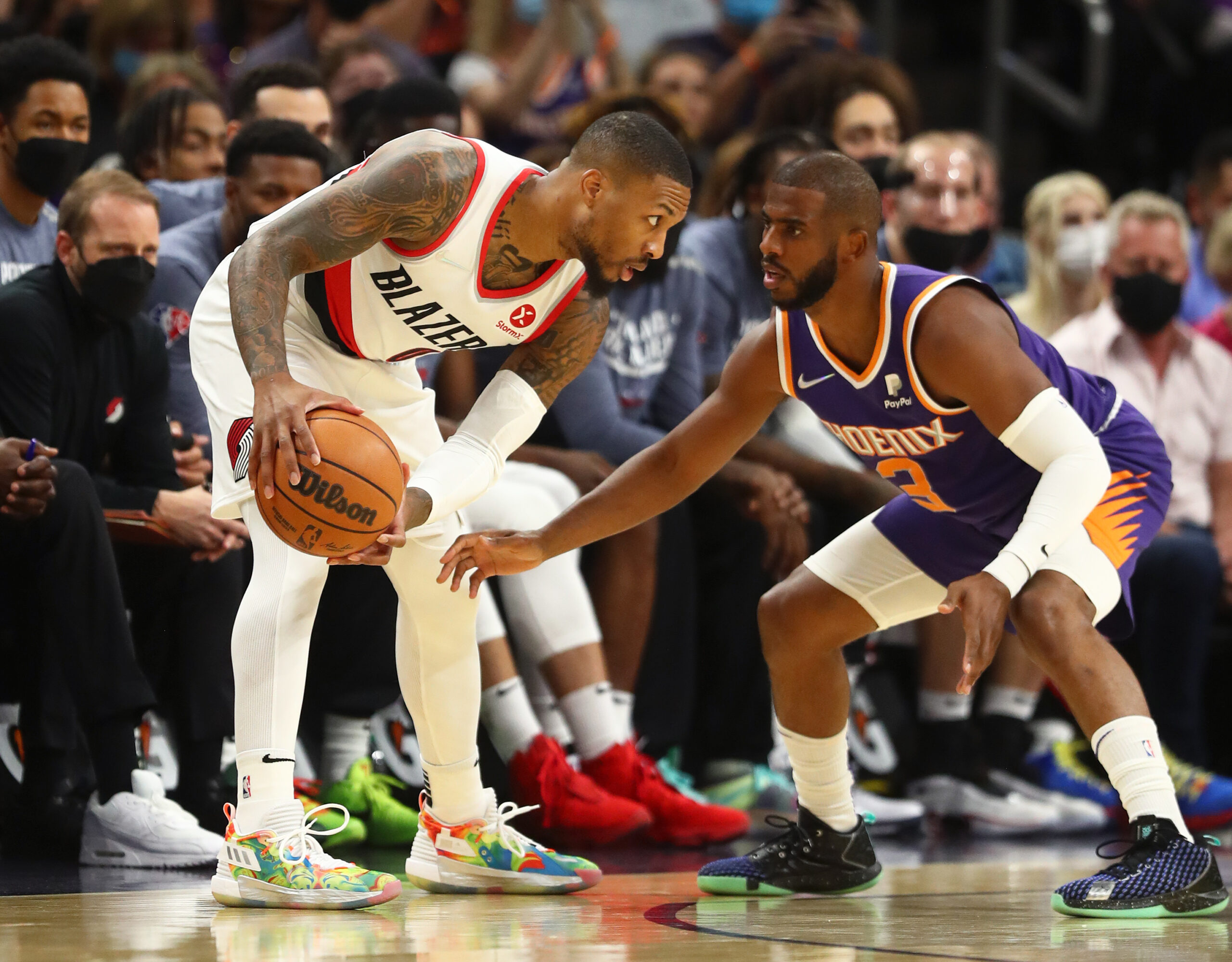 Two of the best point guards in the history of the NBA face off tonight when the Phoenix Suns take the court against the Portland Trailblazers. Chris Paul on his 18th season against Damian Lillard coming into his 11th season in what some predict to be his best yet. With two players who are first ballot Hall Of Famers already going head to head tonight, I wondered, will Paul really retire ringless, what about Lillard?

Chris Paul’s chances at winning a ring were high almost every season of his in the NBA. He turned the New Orleans Pelicans (Hornets at the time) into a playoff franchise before doing the same thing in LA for the Clippers.

Paul has a legacy that will live forever with the greats of this game before him. His memorable, passionate, and truly breath-taking performances in the post season has proved his name belongs in the top (some random number of best points guards you can think of) of all time.

Now he is on the Phoenix Suns and his last two seasons resulted in Phoenix losing in the Finals and the playoffs. The Suns with Paul at the helm have been regarded as the number one team in the west.

He has not shown signs of retiring to my knowledge, yet, father time seems to be near. The only question is how many years, two? Maybe five?

With young superstar Devin Booker and an amazing supporting cast in Cam Johnson and Mikal Bridges; this back court and wing tandem will compete as long as Paul needs them too.

In my eyes he has one to three more runs at the everlasting chase for a ring. It eludes many greats, will Chris Paul and Damian Lillard take their names off of the list.

Damian Lillard for the last four seasons specifically has made it clear he is top tier on the list of point guards, Hall Of Fame ready and has no fear. He has already made deep runs into the playoffs. Knocked down some of the biggest shots in NBA history.

On top of becoming one of the best in Portland, he has shown an old school loyalty that fans are in love with. He has made runs to the western conference championship, so he knows the Trailblazers can attain success, and he knows that they can attain that with him at the helm.

Damian Lillard’s prime is still on the uprise, we are watching him become better every game. Lillard will be in the conversation for championship every season he remains in the NBA.

If you had to choose…

Who would you pick with your money, Chris Paul or Damian Lillard to win a championship before they retire?