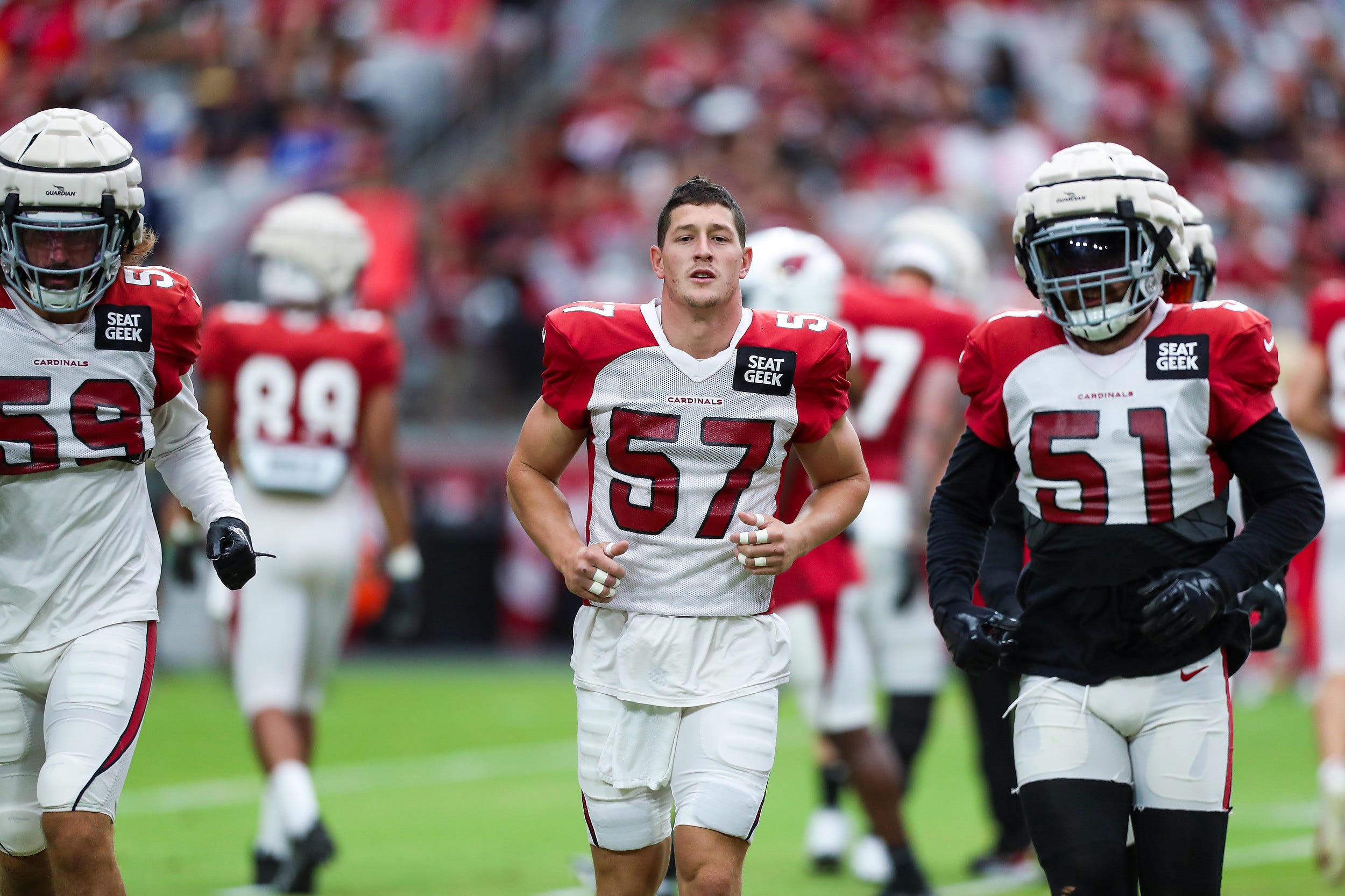 Arizona Cardinals linebacker Nick Vigil (57) warms up during an open practice at State Farm Stadium on Saturday, August 6, 2022, in Glendale.

The Arizona Cardinals announced on Saturday that LB Nick Vigil was placed on the injured reserve list.

This is Vigil’s first season with the Cardinals, Arizona signed the 29-year-old in March of 2022. So far this year, Vigil has played a split number of snaps on defense and special teams.

However, after a blocked pass and a couple of tackles, Nick Vigil left Week 4 early due to a hamstring injury. Vigil will now miss at least four weeks.

The Cardinals released the injury news this afternoon along with a handful of other roster adjustments.

Arizona’s next game will be this Sunday at home against the undefeated Philadelphia Eagles.