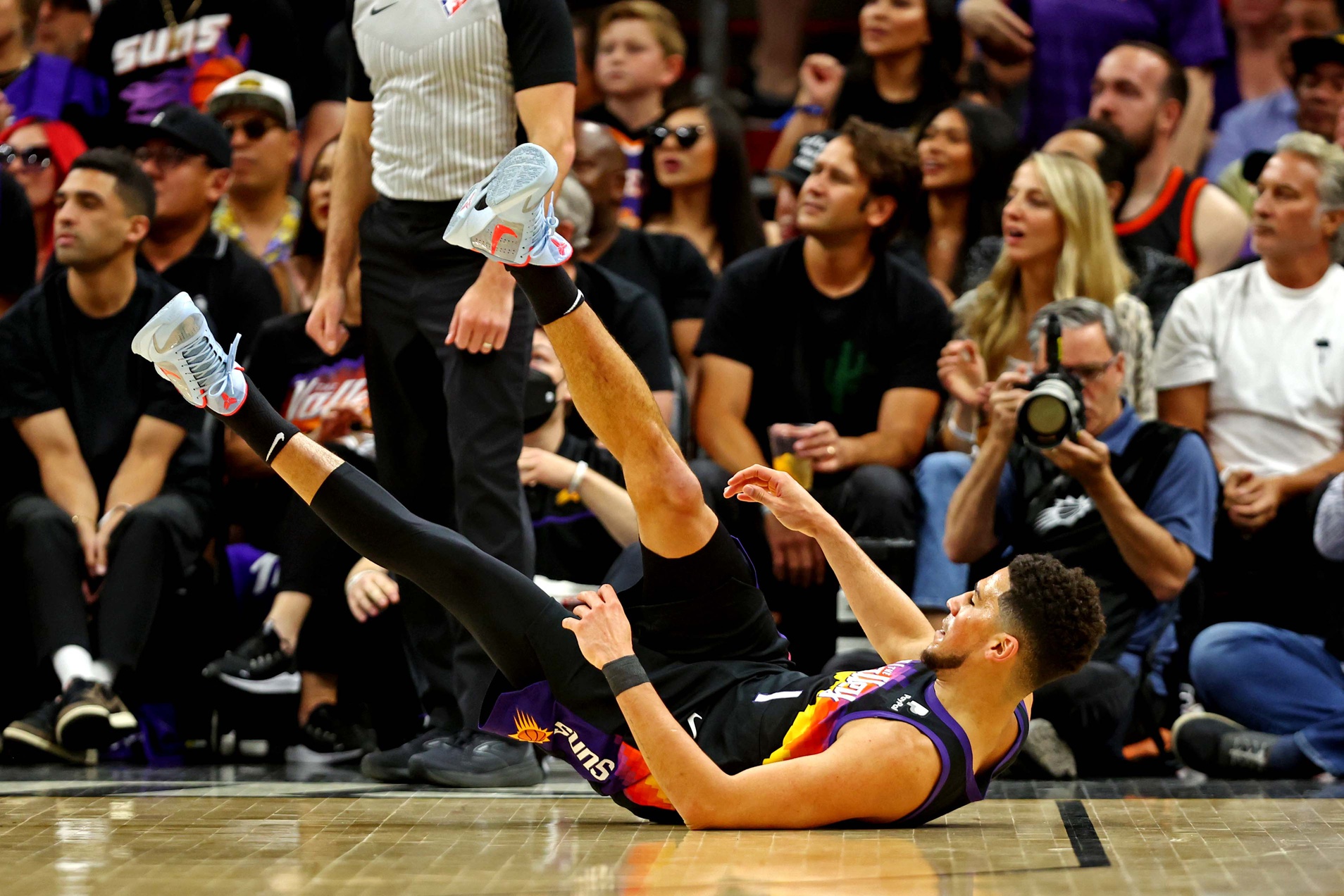 There’s no need to derail the Phoenix Suns‘ season projections from a preseason game. Still, Phoenix didn’t make it easy on themselves against the Adelaide 36ers on Sunday.

The 36ers were able to control much of the game from start to finish, and it honestly appeared that the Suns were playing the Philadelphia 76ers instead.

As the 36ers continued to dominate the game, much from three-point territory, the internet showed Phoenix no mercy.

This is who the Suns are losing to lmao pic.twitter.com/vAeijnahj3

Suns gettting cooked by DoorDashers with all due respect 💀pic.twitter.com/I2e5xrWZOt

Suns getting lit up by a created team

There honestly shouldn’t be any rash conclusions drawn from the Suns’ starting unit. Be that as it may, the internet can be a dark void, and Phoenix was at the center of its mercy.

The starting lineup showed some improvements. Deandre Ayton was seen handling the ball briefly on the wing while allowing players such as Mikal Bridges to set up for easy looks. Ayton also got back to his familiar rolls to the rim on an unaware 36ers squad. Ayton finished the contest with 22 points, six rebounds and two assists.

Deandre Ayton on Watch During Preseason

Bridges was also a silver lining. Head coach Monty Williams mentioned using Bridges more as a ballhandler, and it was on display on Sunday. Bridges was an enforcer on both ends of the floor, be it finishing at the rim after losing defenders or disrupting passes. He also shot 3-for-4 from three-point range.

Cameron Johnson seemed to be shaking off some summer rust, as he only finished with four points on 2-of-7 shooting. Johnson was recently inserted into the starting lineup.

The bigger concern over the next few preseason games is the bench unit. If the Suns had an Achilles heel, it was always the reserves. Cameron Payne seemed to be the only heartbeat in a flustered bench squad. Newcomer Jock Landale showed some promise in the frontcourt, but it’ll take time for the Australian to develop his footing.

As for the 36ers, they looked like the team to beat. Craig Randall II and Robert Franks set Footprint Center ablaze from deep, connecting on a combined 15 three-pointers.