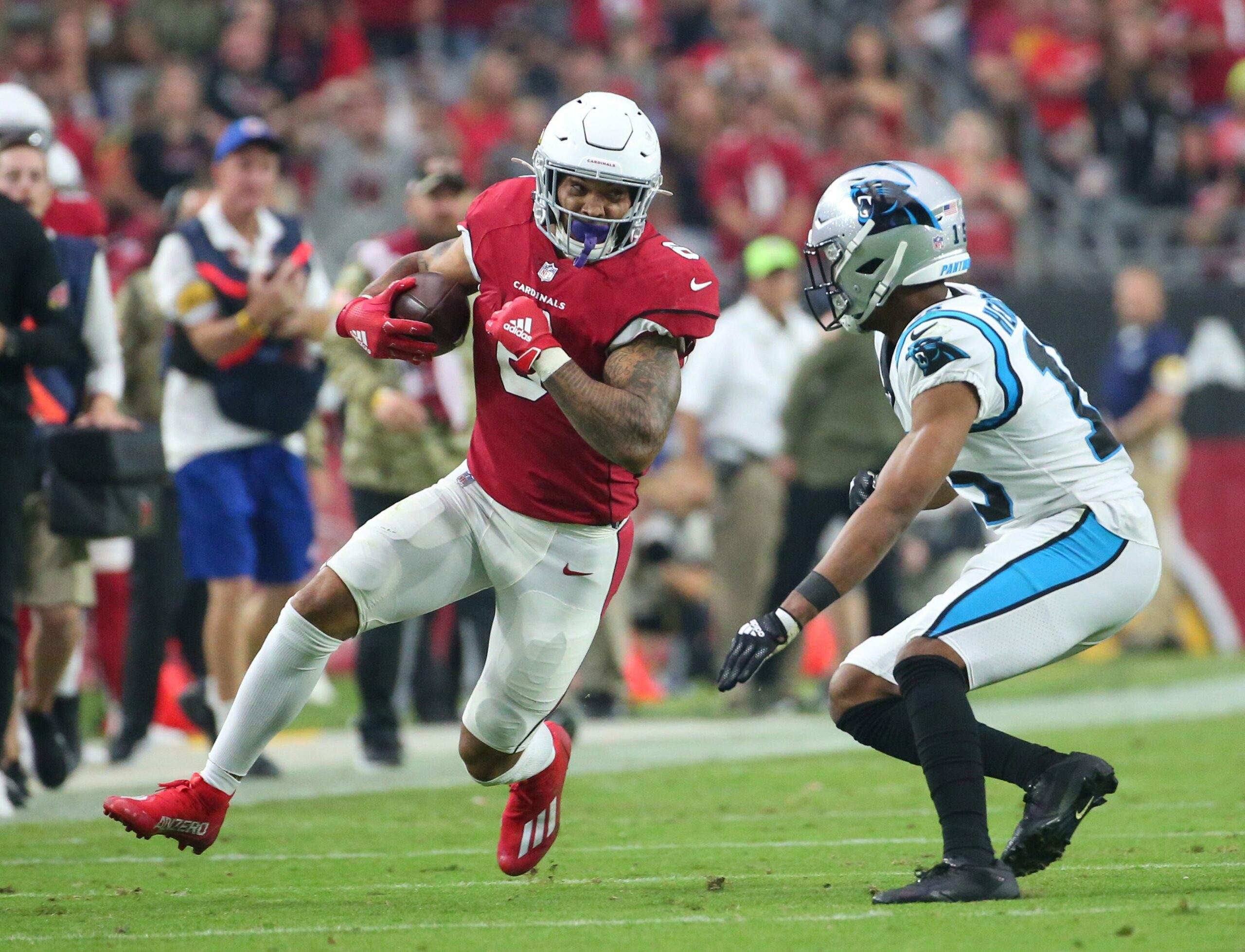 For the fourth straight week, the Arizona Cardinals will be the underdogs. Although the Panthers have not played well this season, Carolina has had their ways in the past with Arizona. Kliff Kingsbury since taking over as head coach for the Cardinals is 0-3 against the Panthers, losing with an average deficit of 17 points.

Even more concerning, Arizona has failed to defeat Carolina dating back to 2013. On the other hand, this is not the same Panthers team that we have seen over the past couple of seasons. Now with a new QB, Baker Mayfield, the Panthers have the second worst passing offense in the entire NFL.

The Arizona Cardinals will be facing adversity via injuries in this week four matchup. This time, a whole new group of players was added to the list.

Wide receiver Rondale Moore is listed as questionable, but Arizona is hopeful that Moore can see some reps. So far this season, the Cardinals have made it obvious that they are missing that speed on the offensive side.

However, WR Marquise Brown did not practice with the team on Wednesday and was limited on Friday. After a breakout week three which included 140 receiving yards, Brown is also listed as questionable with a foot problem.

Additionally, the Cardinals will be without WR A.J. Green, DL Rashard Lawrence, and LB Ezekiel Turner.

On the other hand, the Carolina Panthers are dealing with far fewer injuries. Currently, the Panthers have no players listed as out for week four.

The main concern for Carolina is RB Christian McCaffery who has been dealing with a thigh injury and missed practices on Wednesday and Thursday. The Panthers are “hopeful” that their star RB will be able to play but, the reps may be limited as it will be a game-time decision.

The Carolina Panthers have had a relatively weak schedule so far compared to the Cardinals. Both teams will enter this matchup with a 1-2 record.

Although Arizona will once again be limited with their offensive weapons due to injuries, the Cardinal’s offense has clicked much faster than the Panthers. QB Kyler Murray has thrown for 784 yards through three games compared to only 550 from Baker Mayfield.

From the ground, the Cardinal’s defense has looked much better so far than in years past. RB Josh Jacobs for the Las Vegas Raiders ran for 69 yards in week two, this is the most yards a running back has gotten against Arizona this season. Assuming this trend continues, limiting Christian McCaffery would give the Cardinals a major advantage.

As previously stated, Baker Mayfield has struggled immensely so far this year. He has yet to throw for over 240 yards in a game and there has been no clear WR1 on the Panther’s offense.

The key to the game will be whether or not the Cardinals can apply pressure early. Arizona has been awful in the first half this year making it a clear focus point for Kliff Kingsbury to be aggressive early in the game.