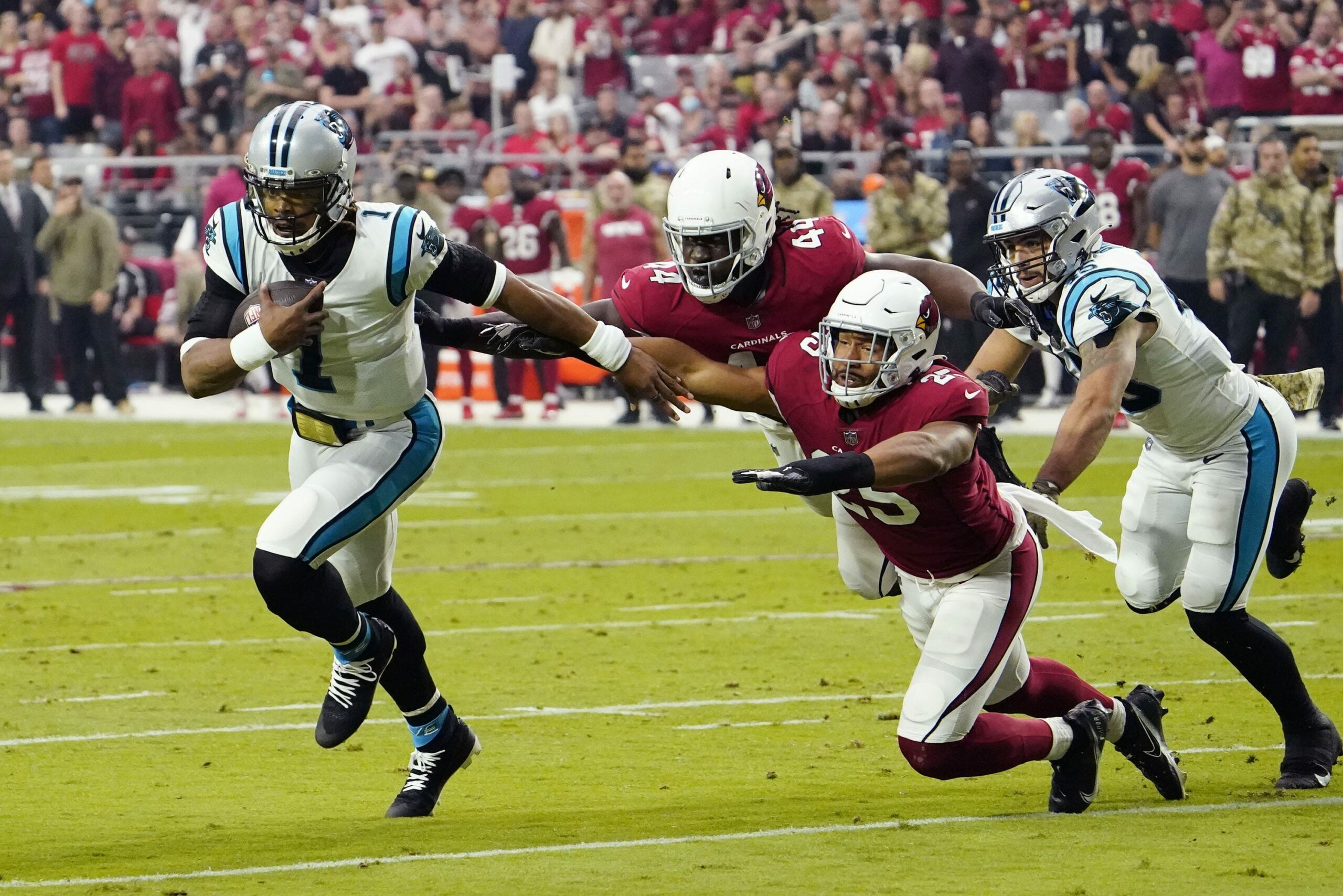 The Carolina Panthers have been a thorn in the Cardinal’s side for quite a while. Although the Panthers have not had an exceptional team for many years, Arizona is winless ever since 2013. Kliff Kingsbury in particular is 0-3 against Carolina with an average deficit of 17 points.

However, the Cardinals do have an edge this season and Kingsbury may finally get his first head coach win against the Panthers. In Arizona’s past 10 road games, they have an impressive record of 10-1, this is excluding playoffs. The good news for Cardinals fans is that the week four matchup will take place at Bank of America Stadium in Charlotte.

Additionally, the Carolina Panthers may be without their star running back, Christian McCaffrey. In week ten of last season, Mccaffrey recorded 161 total yards leading his team to a 34-10 victory over the Cards. The All-pro running back has now missed back-to-back practices this week due to a quad injury. As of now, Carolina is hopeful that McCaffrey will be available via Ian Rapoport of NFL Media, ” He’s kept it close to the vest, but barring a setback, he should be ok”. However, playtime will likely be limited.

Chuba Hubbard would take over as RB1 in the scenario that Christian Mccaffery is unable to play this Sunday. Hubbard would be up against a much better Cardinals run defense. For the first time since Kliff Kingsbury took over as head coach, Arizona is ranked above 20th in running yards allowed. Currently, the Cardinals are 11th in the league through three weeks of the 2022 season.

Through the air, Carolina has one of the worst passing games in the league. Led by QB Baker Mayfield, the Panthers are averaging 161 PYPG, this is above only the Chicago Bears. In the past two weeks, the former Cleveland Brown’s QB has failed to throw for over 200 yards. Shockingly enough, Mayfield has also fumbled the football five times in just three games. If it was not for McCaffrey continuing to rack up yards, there is a good chance Carolina would be 0-3.

Given the Panthers struggling offense, Arizona has a great opportunity to bring their record back to .500. The Cardinals should have Rondale Moore back on the field allowing Kyler Murray to open the passing game. Even without Moore and Hopkins, the Cards are a top 15 passing offense this year.

As of this Thursday, Arizona is listed as +105 underdogs via DraftKings Sportsbook.