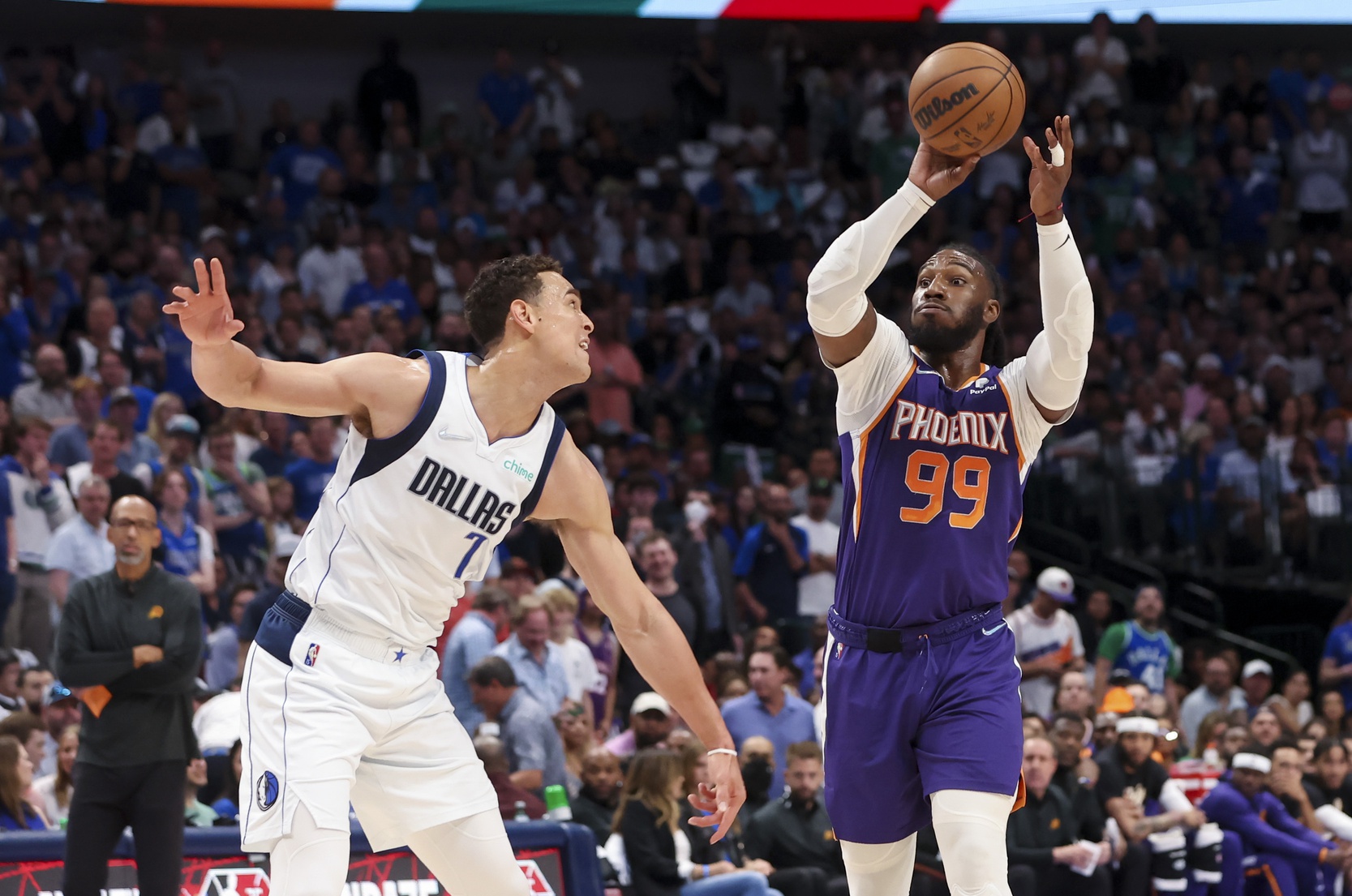 The never-ending Phoenix Suns-Jae Crowder saga continues, even as the offseason comes to a close.

According to ESPN’s Brian Windhorst, the Suns remain active in talks of dealing Crowder. Windhorst also stated that a deal may not be imminent before the looming trade deadline.

Phoenix has recently been linked to Utah Jazz forward Bojan Bogdanovic, though no deal has been reported as gaining momentum. The Suns also seem prepared to offer an extension to forward Cameron Johnson soon, which could complicate Crowder’s role down the line.

Crowder is owed $10.1 million this season and will become an unrestricted free agent next year. Teams such as Utah that are in search for expiring contracts could find Crowder’s salary favorable.

The 32-year-old forward has been sending subtle jabs at the Suns front office this summer, with the latest being a pinned comment to his Instagram. The comment from a fan was aimed at the Miami Heat bringing Crowder back. With that, it appears that even Crowder knows that the writing is on the wall.

Jae Crowder Sending a Message to the Miami Heat?

Crowder averaged 9.4 points, 5.3 rebounds and 1.9 assists per game last season through 28.1 minutes of playing time. His role could see a regression this season with the return of Dario Saric and the ascension of Johnson.

Phoenix hasn’t been able to necessarily move the needle this offseason in terms of acquiring talent. If a deal involving Crowder can bring about the Suns returning to championship contention, then Crowder may have played his last game in a Suns uniform.

The Largest Comeback Since 1999: How Arizona May Have Saved Their Season
ESPN Released Their Way Too Early WNBA Rankings
Loading More Posts...