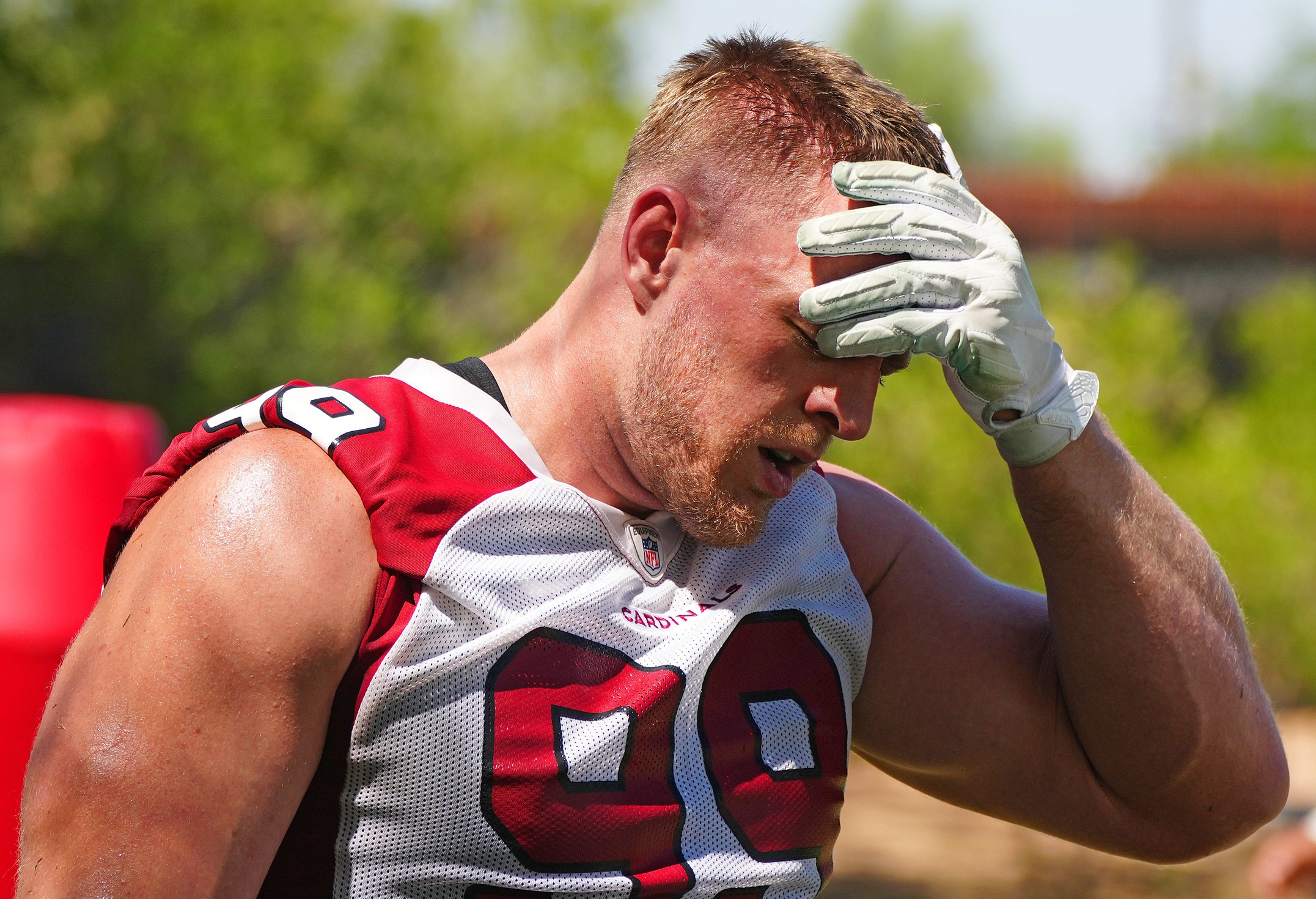 The Arizona Cardinals will be shorthanded on the defensive end due to J.J. Watt’s lingering injury, according to head coach Kliff Kingsbury. Kingsbury stated in a press conference on Wednesday that Watt had sustained a calf injury.

#AZCardinals coach Kliff Kingsbury says JJ Watt is day-to-day with a calf injury. He did not practice today.

It’s to be taken with a grain of salt that Watt’s injury is serious, given its day-to-day status. Still, the Cardinals medical staff will want to tread lightly with Watt this season. Watt, 33, will be entering his twelfth season in the league. Watt suffered multiple injuries during the 2021 season against the Houston Texans, causing him to miss a significant amount of time.

It’s not entirely clear if Watt will be available for the season opener on Sunday against the Kansas City Chiefs. Watt only registered seven games last season, registering 16 tackles and one sack. He was able to return in time for the Cards playoffs pursuit against the Texans.

The Cardinals ranked 11th in defense last season on points allowed, signifying that Arizona could hold its own in certain contests. If only on a day-to-day basis, Watt could potentially hold up come Sunday against the Chiefs.

With that, the season opener could see some adjustments that will possibly not become permanent.