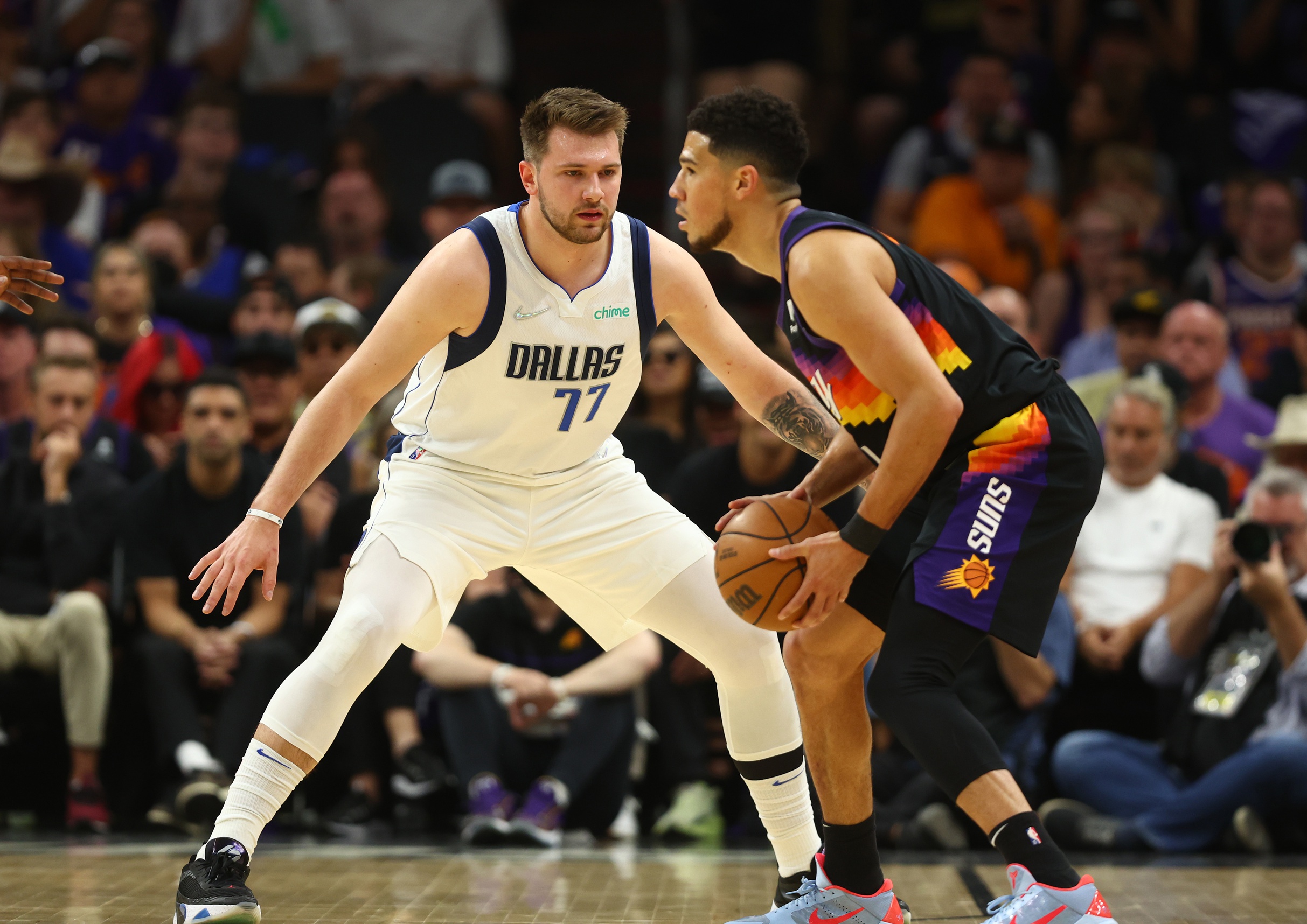 Tuesday saw the annual debate that follows from NBA 2K releasing ratings for certain star players in the league. For Devin Booker — 2K’s cover athlete — the Phoenix Suns guard’s rating was met with a bit of conflict.

Booker has been given an initial rating of 91. While some fans feel that Booker’s rating is far too low, others sided with the fact that the 91 rating may have been a bit generous.

Much of the criticism under 2K’s tweet comes in comparison of Booker to other NBA stars. Booker finished last season averaging 26.8 points, five rebounds and 4.8 assists per game. While his scoring output was a career-high, there’s also a bit of recency bias in the ratings for certain players surely. 2K also may draw a bit of skepticism, given the fact that a cover athelete such as Booker didn’t crack the top-10 overall rankings.

The latter portion of the list saw players such as Morant, Jayson Tatum and Jimmy Butler beat out Booker, all with 93 ratings. While not eliminating all three stars, there’s surely an argument to be made of Booker at least replacing one in the top-10. To make matters a bit more odd, Booker’s final rating in 2K22 was a 91. This would suggest that Ronnie 2K and the staff had strong belief that Booker hadn’t elevated his play.

Either way, Booker’s initial rating could drastically change as the season commences. Also, a 91 rating in it’s totality is a noteworthy mark for the 25-year-old guard. Booker has yet to respond to the rating from 2K, and it’s quite possible that he was made well aware of it prior to its release.

In essence, the overall goal for Booker will be leading a Suns squad back into championship contention once more.