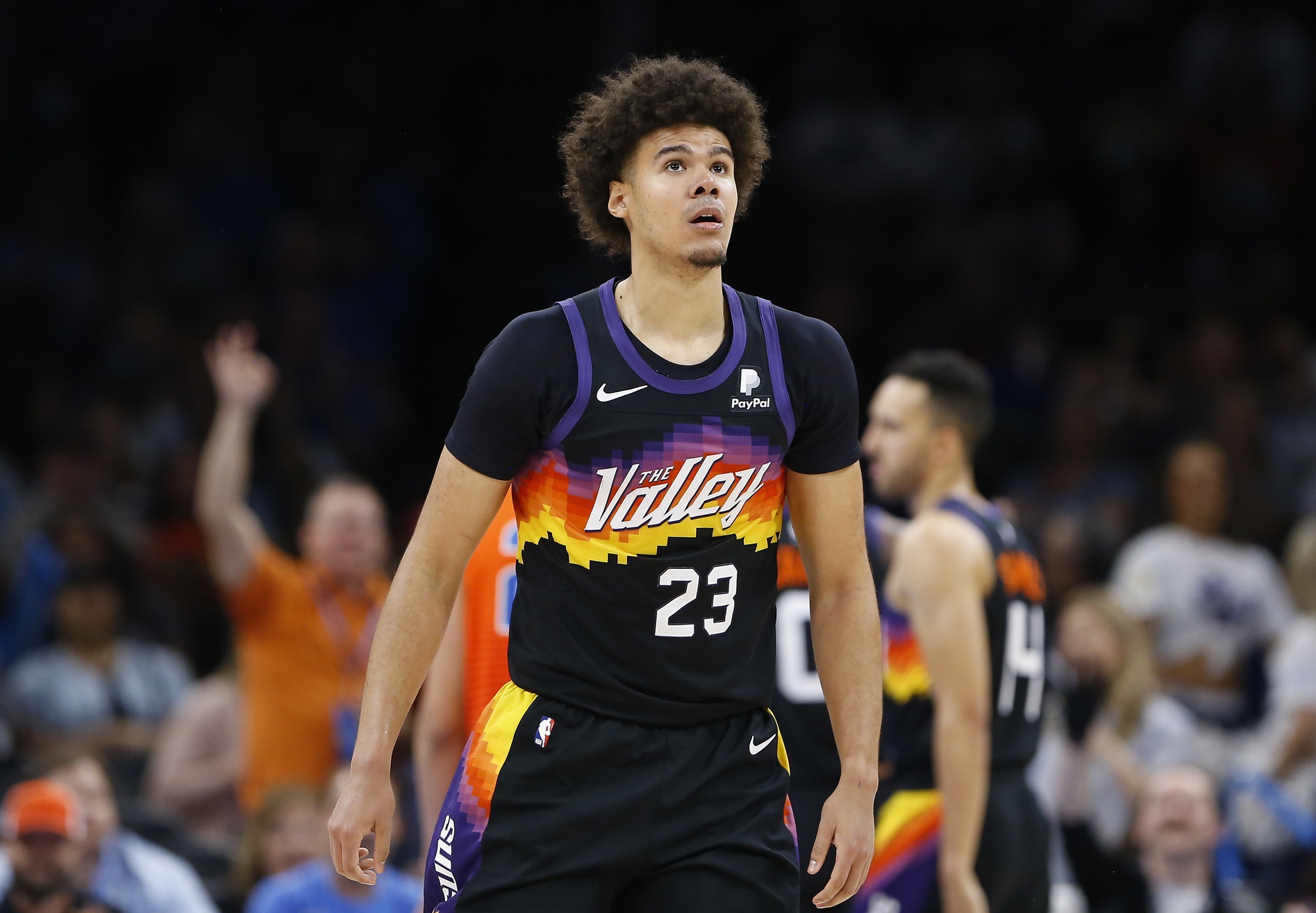 There’s a long line of rookie extensions that could happen soon. For Phoenix Suns forward Cameron Johnson, he finds himself amongst the candidates.

Much of the Suns’ legwork for the 2022 offseason is behind them at the moment. The Suns still remain possibly in play for Kevin Durant, but the superstar’s trade value has quieted down in recent weeks.

Now, Phoenix has to turn most of its attention internally towards the current roster. Both Devin Booker and Deandre Ayton are retained for the long haul after agreeing on four-year extensions, respectively.

With both franchise players in the fold, young building pieces such as Johnson come into play.

Johnson is coming off his his third year in the league, with each season seeing an increase in his offensive output. The 26-year-old put up career highs in points (12.5), rebounds (4.1) and assists (1.5) last season. The North Carolina product also shot an impressive 42 percent clip from 3-point range off nearly six attempts per contest.

Given the recent rookie extensions for players of Johnson’s caliber, the young wing could be up for a fair payday. Yet as Bleacher Report’s Jake Fischer points out, the Suns may have to move on from Jae Crowder and Dario Saric. Offloading Crowder and Saric could aid in the Suns’ flexibility going forward with Johnson.

If Phoenix is leaning more towards developing their younger core of Booker, Ayton, Johnson and Mikal Bridges, they’ll have to show it on the books. Crowder has been a valuable option at the forward spot, but Johnson will likely see his minutes in that department increase this season. Saric will be a tougher challenge for Phoenix. The 28-year-old is set to make $9 million this season, and his injury history can play against him.

Expect Phoenix to play it safe with an extension for Johnson now rather than later.