Mikal Bridges: What does a Durant trade mean? 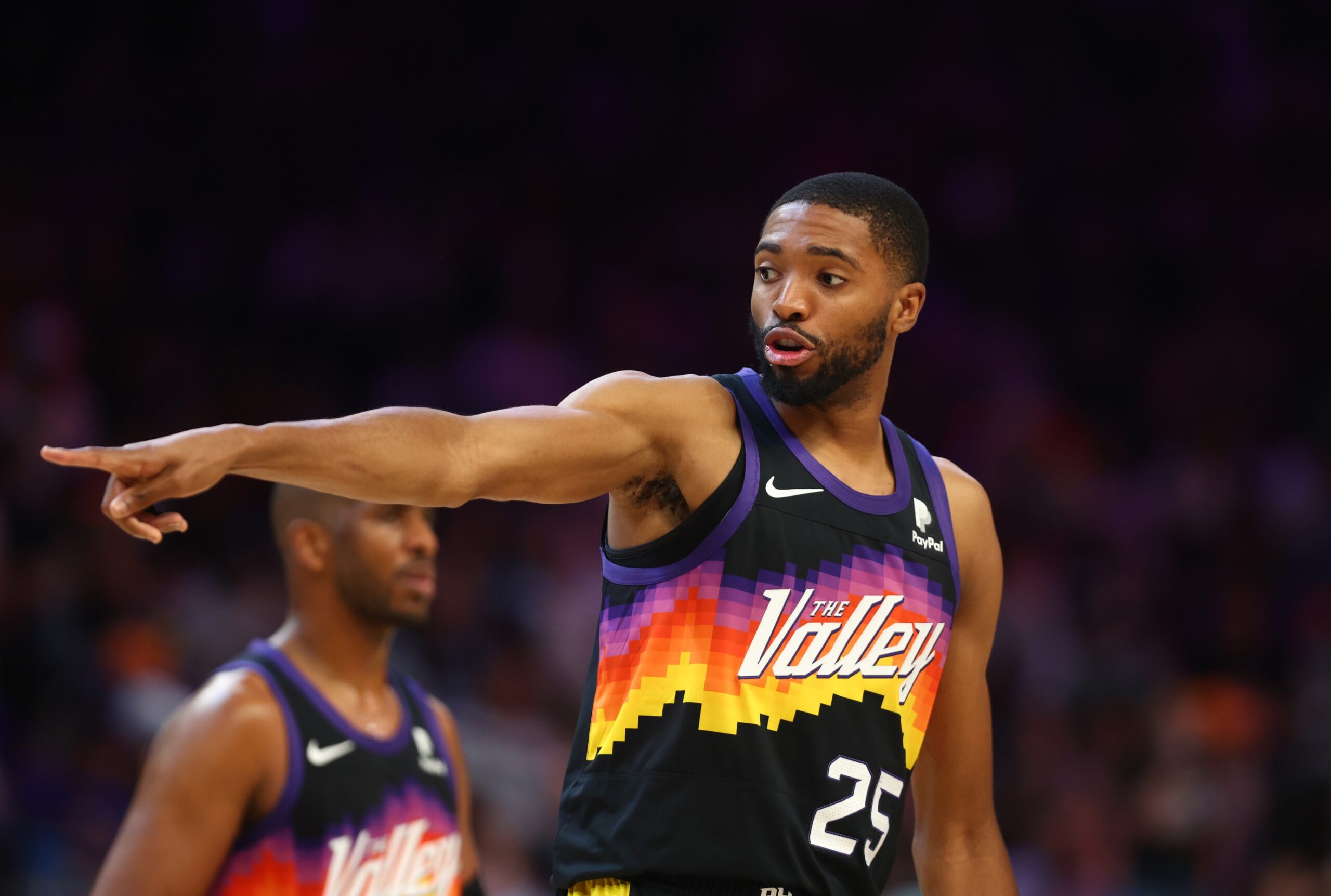 Mikal Bridges’ career could’ve played out entirely different if the Philadelphia 76ers had kept their 10th pick in the 2018 draft. Bridges was originally selected by Philly, but he was shipped out for Zhaire Smith moments later.

In hindsight, the 76ers should’ve kept Bridges. The latter in Smith has barely seen any playing time on an NBA court. Bridges, on the other hand, has reached the almost-pinnacle of any player’s dream — playing in the NBA Finals.

In Bridge’s four seasons with the Suns, he’s established himself as a defensive cornerstone while improving as a scoring threat on the wing. His defensive efforts earned him an All-Defense nod last season, his first of the award. So much stock has been poured into what can become of Bridges that it placed him in talks for superstar forward Kevin Durant.

What does a Kevin Durant proposal mean for Bridges?

Externally, any proposal will be blown up and reconstructed by the internet. At the instant reporting of a trade proposal, every expert will dive into notions, big or irrelevant, with assumptions. Shams Charania reported on Monday the details of a Suns-Durant deal. What was also mentioned was that the talks, much like many, happened over the past month.

Given that a deal hasn’t materialized, no grand conclusions should be made at this point. The Suns would need to possibly link a third team into the deal with Bridges.

For Bridges, however, the proposal should show his worth more than anything. In only four years worth of production, the 25-year-old has inserted himself into talks with a future Hall of Famer.

That much can be said as well for Boston Celtics guard Jaylen Brown, Toronto Raptors forward Scottie Barnes, and even New Orleans Pelicans forward Brandon Ingram. Being included or even viewed as untouchable in talks for the likes of Kevin Durant is an accomplishment in its own right.

Phoenix was named as one of Durant’s preferred destinations initially. Even with the news of the Bridges proposal, the Suns have shown no real urge to move Heaven and Earth for Durant. That much was made clear by their maneuvering around Deandre Ayton’s extension.

As it stands, teams are either not including valuable assets or seeing what valuable assets can land Durant. In either matter, the pieces being moved have shown capable promise as significant returns for the Brooklyn Nets.

For Phoenix, their relationship with Bridges should remain intact. Bridges isn’t the first centerpiece to be offered up for a superstar — and he surely won’t be the last.