Does the NFL Have a Suspension Consistency Problem? 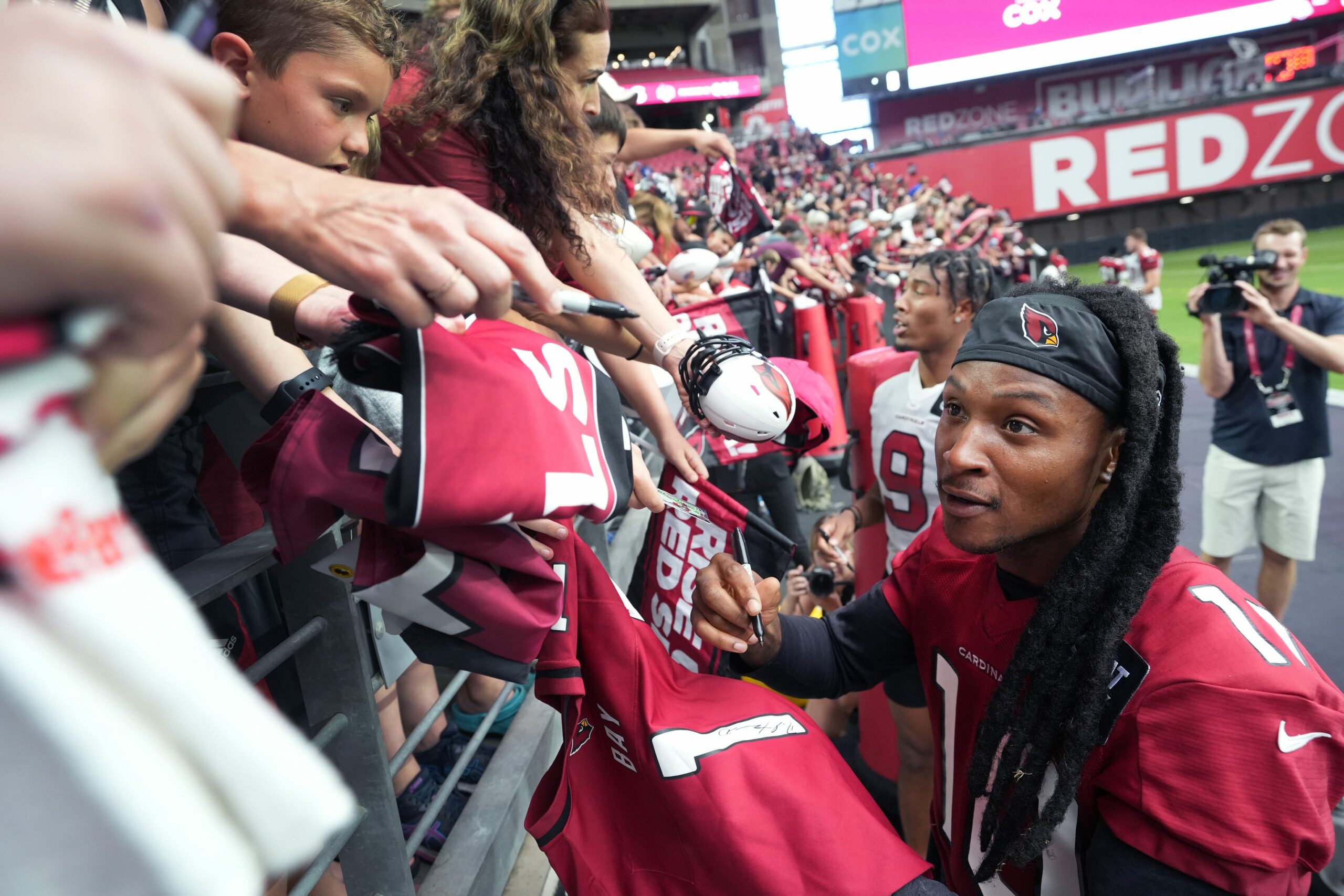 Wide receiver DeAndre Hopkins signs autographs for fans during the Arizona Cardinals Back Together Saturday Practice at State Farm Stadium in Glendale, Ariz. on Saturday, July 30, 2022.
Spread the love

On May 2nd, 2022, the five-time Pro-Bowl WR, DeAndre Hopkins, was suspended for six weeks from the NFL because of a failed PED test. Hopkins tested positive for Ostarine which is otherwise known as SARMS. This substance is especially popular in the fitness industry as it boosts muscle mass and speeds up the recovery process. DeAndre Hopkins still denies to this day that he ever took the drug with foul or illegal intent.

Adding to the mess, Hopkins was even accused by the NFL network of trying to cover up his positive test result. This was then refuted by the NFLPA which released a statement in late July denying any sort of masking involved. Even still, one can argue that the entire situation left a small taint on Hopkins’ career.

Fast forward a couple of weeks and Deshaun Watson is suspended from the NFL for six games. However, this suspension came after a 15-month investigation that involved 30 different massage therapists in which Watson was accused of engaging in sexual misconduct. Additional to this suspension, Watson is facing a $345 thousand fine.

Cleveland Browns quarterback Deshaun Watson is all smiles as he rushes for a short gain ahead of defensive end Jadeveon Clowne during the NFL football team’s football training camp in Berea on Wednesday.

This is a quarterback that just signed a contract worth $230 million. Deshaun’s contract is worth the fourth most in the league, having just been passed by Kyler Murray.

Suspensions around the league

The inconsistency in punishment throughout the league has been made especially clear after the Watson suspension. The NFL is now under a ton more heat as fans across the league are starting to have enough.

Do viewers really care if a player tests positive for a PED, or if an individual bets on his team to win?

Charles Yesalis, a researcher in PEDs for over 25 years, said it best:

“The average Joe or Mary Doe sport fan either doesn’t know what Adderall is or couldn’t care less,”. “I don’t think your average sport fan really cares who uses drugs. They want to be entertained.”

The NFL will have to make a decision soon regarding punishment consistency. The policies that have been in the league for years are finally being exposed for their faults. Players and fans are fed up with useless fines/suspensions.

With that being said, Rodger Goodell is in the hot seat over the next two weeks as the league awaits the final punishment that Watson will face.

What do you think Watsons’ punishment should be?