The One Trade Idea That Could Work For Deandre Ayton 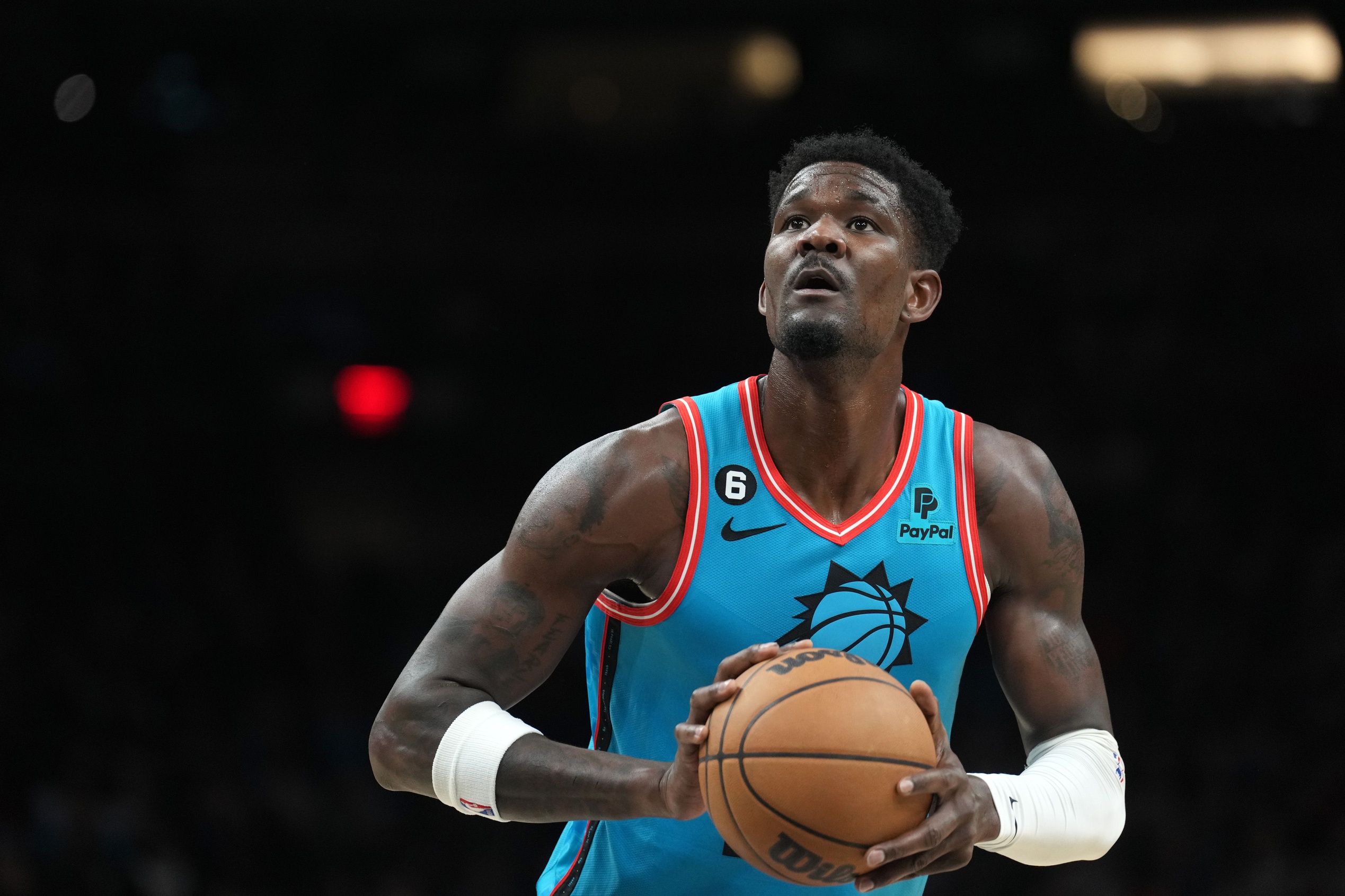 With the trade deadline right around the corner and many trade rumors floating around in the NBA news cycle, the biggest one of them all may be sitting in Phoenix, Arizona. With Jae Crowder expected to be traded in the upcoming weeks a lot of people are wondering about what it would take to make a trade worthwhile for teams that want to ship good players on expiring contracts.

Look no further than a possibility of the Suns looking into partnering with a team for Deandre Ayton’s services as his trade clause in his contract got opened up today according to multiple sources.

Ayton for the year is averaging 17.3 PPG, 9.9 RPG, and 2.1 APG. With the Suns injured for the most part of the year, they have fallen from the number one seed all the way down to the tenth seed in the matter of a month.

Fans during that time has had a lot to say about the way Ayton has been playing with him as the number one scoring option. A lot of people are viewing Ayton as very inconsistent when it comes to scoring in the paint and turning the ball over.

With the offseason uncertainty to go along with his inconsistent play this year, fans wouldn’t be upset if the Suns move on from him in a trade partnered with Jae Crowder to get a high impact player for the stretch run this season just before the rest of the team gets healthy.

In his contract, Ayton can be eligible for trade starting today due to the fact that Ayton got a 20 percent raise that factored into his contract. With this, I wouldn’t be surprised for the Suns to at least listen to offers if they feel like it makes their team better this year and into the future.

With that being said, who could be potential suitors for a guy like Deandre Ayton? I believe there’s one player and trade idea that could work if they elect to do so.

A fan favorite for the Suns has been Kyle Kuzma from the Washington Wizards. Kuzma currently has 1 year left on his 3 year 39 million dollar deal and the Wizards aren’t looking like a team that will be in the playoffs this year. Also with the uncertainty of what Kuzma will decide, the Wizards may want to act on a trade partner now so they can at least get something for him. I don’t see a team like Washington being interested in a guy like Ayton, but maybe a team like Atlanta would be if a three team trade idea was proposed.

With Washington potentially being interested in John Collins from Atlanta, I can see the Hawks sweeping in for Ayton especially to partner him with a guy like Trae Young who’s good at playmaking with the ball in his hands during pick and roll action. It will also lock both of them up for the foreseeable future. Not to mention, getting a three and D guy like Jae Crowder that is also a good and willing passer helps a ton as well.

This is only possible from a three team trade outlook especially if the Suns want something good in return for him. I believe a trade like this can happen even though it’s highly unlikely. We shall see how things shape out in the coming weeks.

Deandre Ayton is now Trade Eligible
Suns Have a Close One Vs. Grizzlies at Halftime
Loading More Posts...