Suns Have a Close One Vs. Grizzlies at Halftime 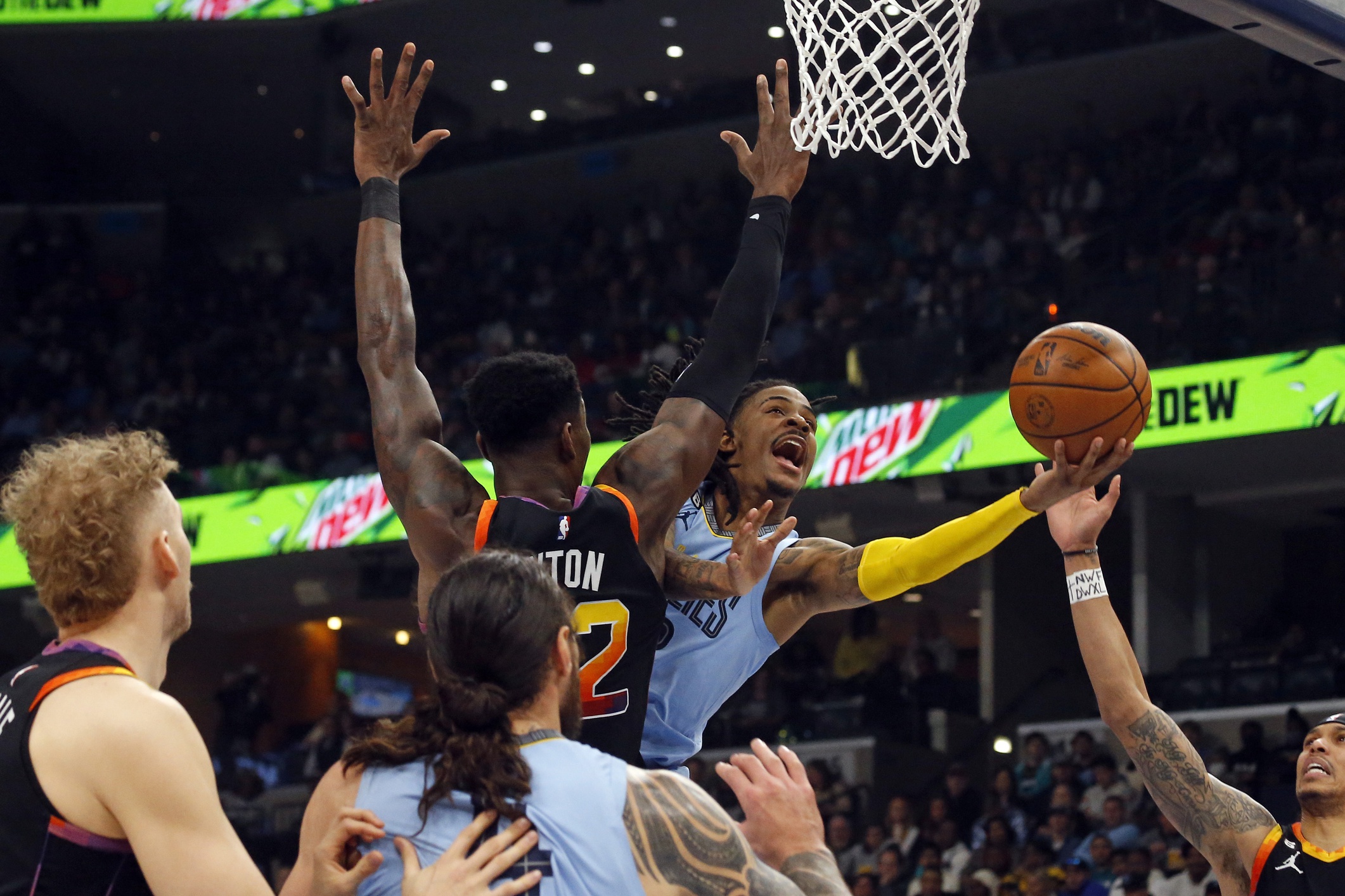 A four-game road trip hasn’t been favorable for the Phoenix Suns. Such a trip that concludes with the Memphis Grizzlies on Monday has seen the likes of the Golden State Warriors, Denver Nuggets and Minnesota Timberwolves.

The Suns are currently 1-2 on their road trip, and at least breaking even would be to their delight.

Memphis finds itself on the opposite side of the spectrum. The Grizzlies are currently enjoying a nine-game winning streak that has them only a game behind the Nuggets for first seed.

While they weren’t able to lead, the Suns are slightly trailing the Grizzlies 68-65 at halftime.

In any contest since the injury spiral has been present, how this injury-battered Suns team moves in the first quarter dictates their overall tone considerably.

The Suns went on a 9-0 run late in the first quarter. As such, even as they let an early lead slip, they were able to close out the quarter with the lead. Phoenix shot 68.4 percent overall from the field while also going 60 percent from three-point range.

Mikal Bridges’ efficiency from the field has continued to impress. The Villanova standout was 4-of-4 from the field for nine points along with four assists.

Most of the Suns’ starting unit is made up of reserves. Still, the rest of the batch that find themselves on the bench have made sure to do their parts.

Josh Okogie and Damion Lee make up for a combined 5-of-8 shooting from three-point range. Lee also has five of Phoenix’s 20 assists for the half.

Newcomer Saben Lee doesn’t have eye-popping numbers, but he’s been able to come in and fill his role without disrupting the offense.

The Suns will have to work harder from a defensive perspective in the second half. They’ll be without Okogie more than likely, as he took an elbow to the face from Deandre Ayton.

That won’t excuse Ja Morant or Desmond Bane from having a night, however. Morant caught fire late in the second quarter, resulting in 17 points for the half.