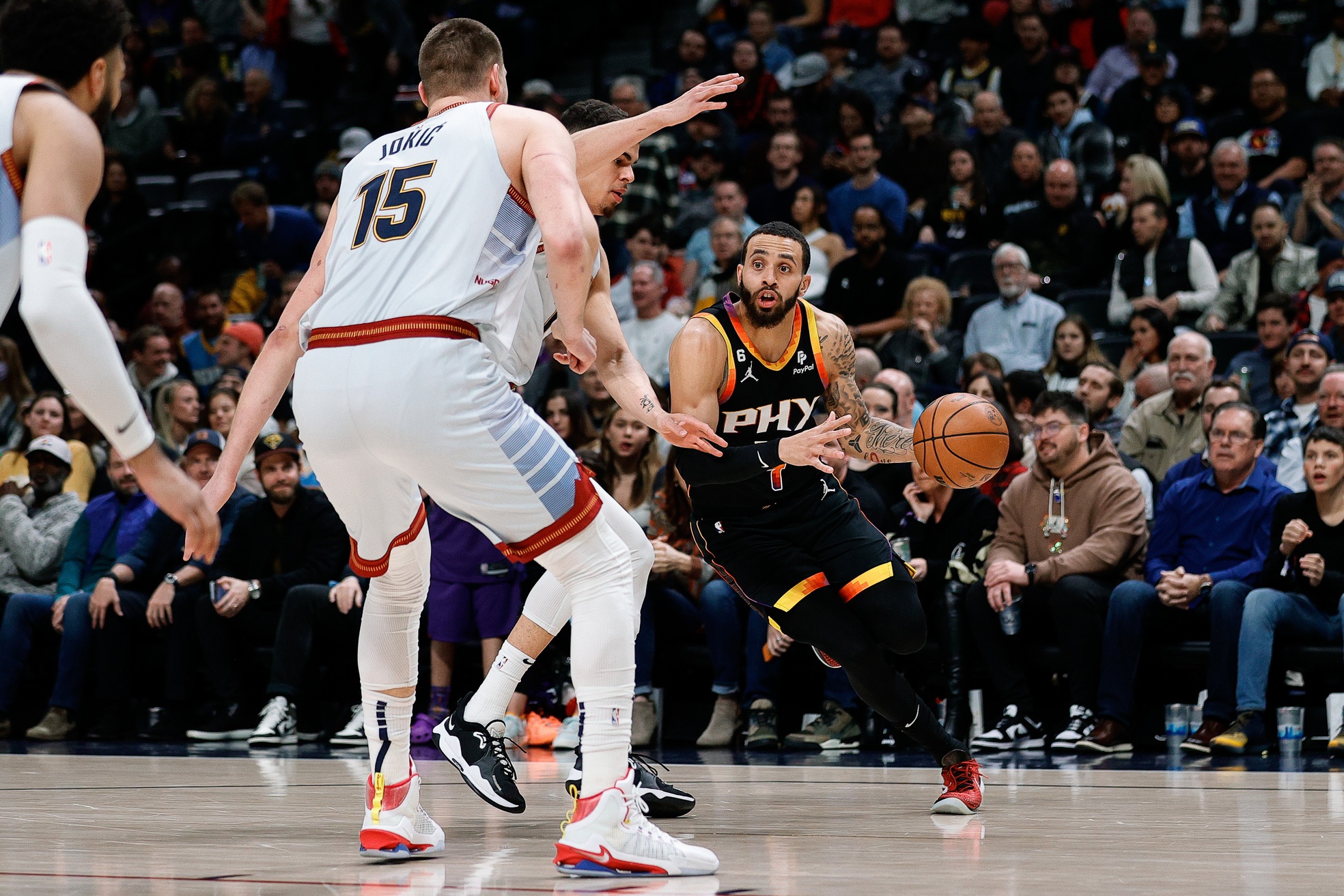 After one of their more emphatic wins of the season Tuesday, the Phoenix Suns headed to take on another Western Conference contender.

The Suns were able to overcome the stardom mystique of the Warriors and now will tip-off against the Denver Nuggets on Wednesday.

Phoenix was still overly shorthanded coming into the contest with Denver. As such, the Suns opted to sign guard Saben Lee on a 10-day deal. Much like the Warriors, the Nuggets won’t show any sympathy to the Suns’ recent struggles.

Much was apparent, as Phoenix fell behind after the second quarter, trailing at 70-54 halftime.

A hefty portion of what the Suns were able to accomplish against the Warriors came from setting a proper tone in the first half. The first quarter seemed to be indicative of another strong showing.

Though Phoenix trailed after the quarter, there were signs of fight. Josh Okogie provided an instant spark off the bench. The 6’4″ forward put up nine points while shooting a perfect 4-for-4 from the field.

Torrey Craig also seemed unfazed by the Nuggets’ defense. Craig finished the quarter with eight points while shooting 3-of-3 from the field.

Despite being without leading center Deandre Ayton, the Suns were able to keep up in the rebounding department as well. Phoenix led with 10 rebounds compared to Denver’s nine by the end of the quarter.

Turnovers should be a concern for head coach Monty Williams, however. They nearly proved costly against the Warriors, and the Suns were already up to five.

The Suns were looking like they were on the verge of competing for another upset in the first quarter. It could easily still be the case, but that didn’t appear so during the first three minutes of play.

Denver jumped out on a 10-2 run to open the quarter, furthering their lead on a less-talented Phoenix squad.

Denver, to the inclusion of KCP, was also shooting 55 percent from three-point range, which is difficult to outmaneuver for an undermanned Suns team.

Bones Hyland also contributed from the bench in a similar way. Hyland was up to 17 points at halftime, also going 5-of-5 from downtown.

To make matters more concerning, Phoenix was having a difficult time butting the ball in the basket. By the (6:09) mark of the second quarter, the Suns had only managed eight points.

The Suns have been able to show great resolve despite the deficit. There’s still two quarters of play left.