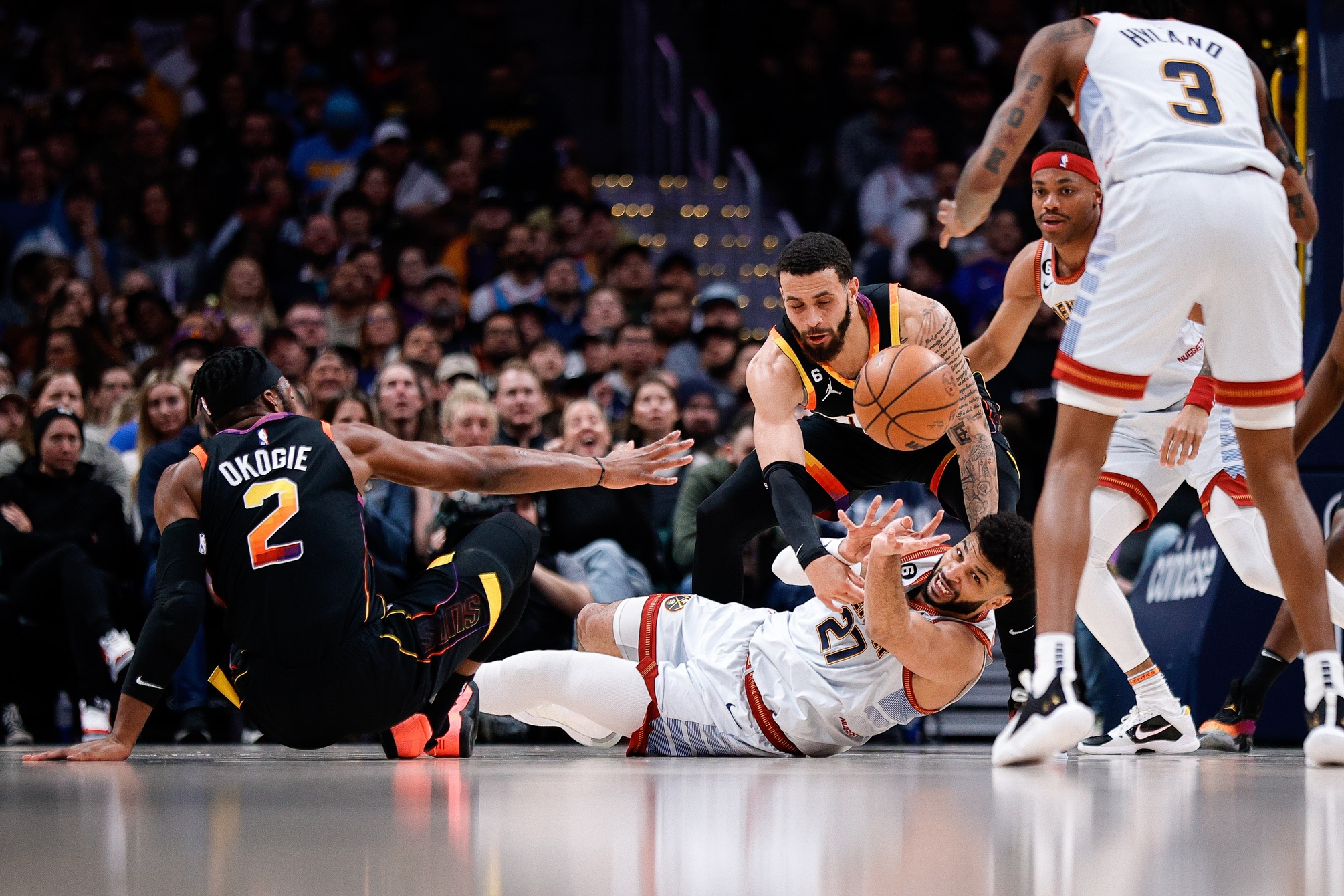 After an impressive win against the Golden State Warriors the night before, the Suns fall to the Denver Nuggets in Ball Arena by a final score of 126-97 in a game where it was never really close to begin with. The Nuggets led by Nikola Jokic’s near triple-double shot the ball incredibly well as they shot 56% and 44% from three point range and it was too much for the Suns. Jokic finished with 21 points, 18 rebounds, 9 assists on 10-15 shooting which ended up being the driving force for the game. Bones Hyland was phenomenal off the bench with 21 points and hitting 5 three’s which was great as well. Kentavious Caldwell-Pope continues to show why he’s one of the best 3 point shooters this year as he was 4/5 and dropped 15 points and Aaron Gordon hit 12 and didn’t miss a shot.

The Suns on the other hand just never got in rhythm starting in the 2nd quarter after only being down by 5 points to begin the quarter. The Nuggets went on a 29-12 run and never looked back. The Suns struggled shooting as they only shot 28% from three while also giving up 16 turnovers. Torrey Craig had a good game with 16 points on 100% shooting. Mikal Bridges and Duane Washington Jr struggled as they combined for 6/24 and 15 points after both scoring over 20 points against the Warriors just a night before.

It was going to be tough for an injury riddled Suns team to put back to back near flawless performances together especially against two playoff caliber teams that were healthy. However it still ended being a successful back to back road trip so far for the team as they got great production from their players and it will only carry over the more healthy they get in the later portion of the season. Their next game is against the Timberwolves on Friday for a showdown in Minnesota.