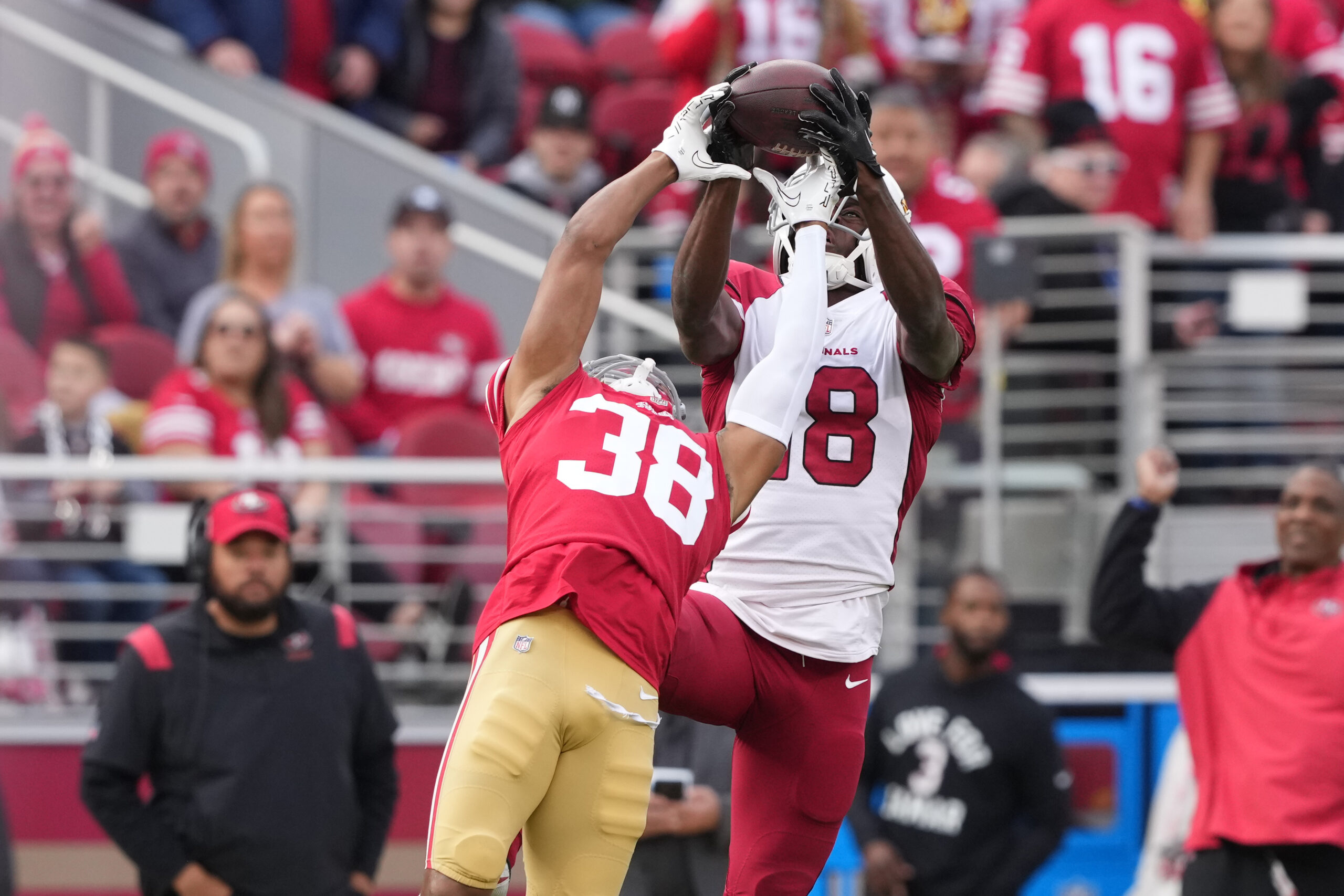 The Arizona Cardinals started off the season finale with a bang.

In just the second play of this Week 18 division rivalry matchup, David Blough connected with veteran WR A.J. Green for a 77-yard touchdown.

The flea-flicker was the Cardinals’ longest play from the line of scrimmage all season.

But quickly after this flashy start from Arizona, Christian McCaffrey responded with a few big plays of his own.

On the 49ers’ opening drive, McCaffrey took a dump-off pass for 23 yards and a touchdown. This was McCaffery’s 10th touchdown in just 11 games wearing a 49s jersey.

In the mix of these defensive stops, Cardinals DE J.J. Watt recorded a sack in his final game. To make the play a tad bit sweeter, this was Watt’s first sack of a 49er quarterback in his 12-year career.

The future Hall of Famer took a well-deserved bow.

The 49ers finally snapped the string of three-and-outs with a five-yard touchdown run by Elijah Mitchell with 12 minutes remaining in the second quarter. The touchdown came after an ill-advised throw from David Blough, which was intercepted.

However, Arizona did answer back with a 12-play, 60-yard drive that was finished off with a 1-yard touchdown run by Corey Clement, his first of the season. During this long drive, the Cardinals converted on a 3rd and 14 along with a 3rd and 11 to keep the chains moving.

The 49ers then ended the first half with a touchdown pass to George Kittle, his sixth in the past four weeks. The touchdown gave the 49ers a 21-13 lead entering halftime.

San Francisco will receive the football to begin the third quarter.