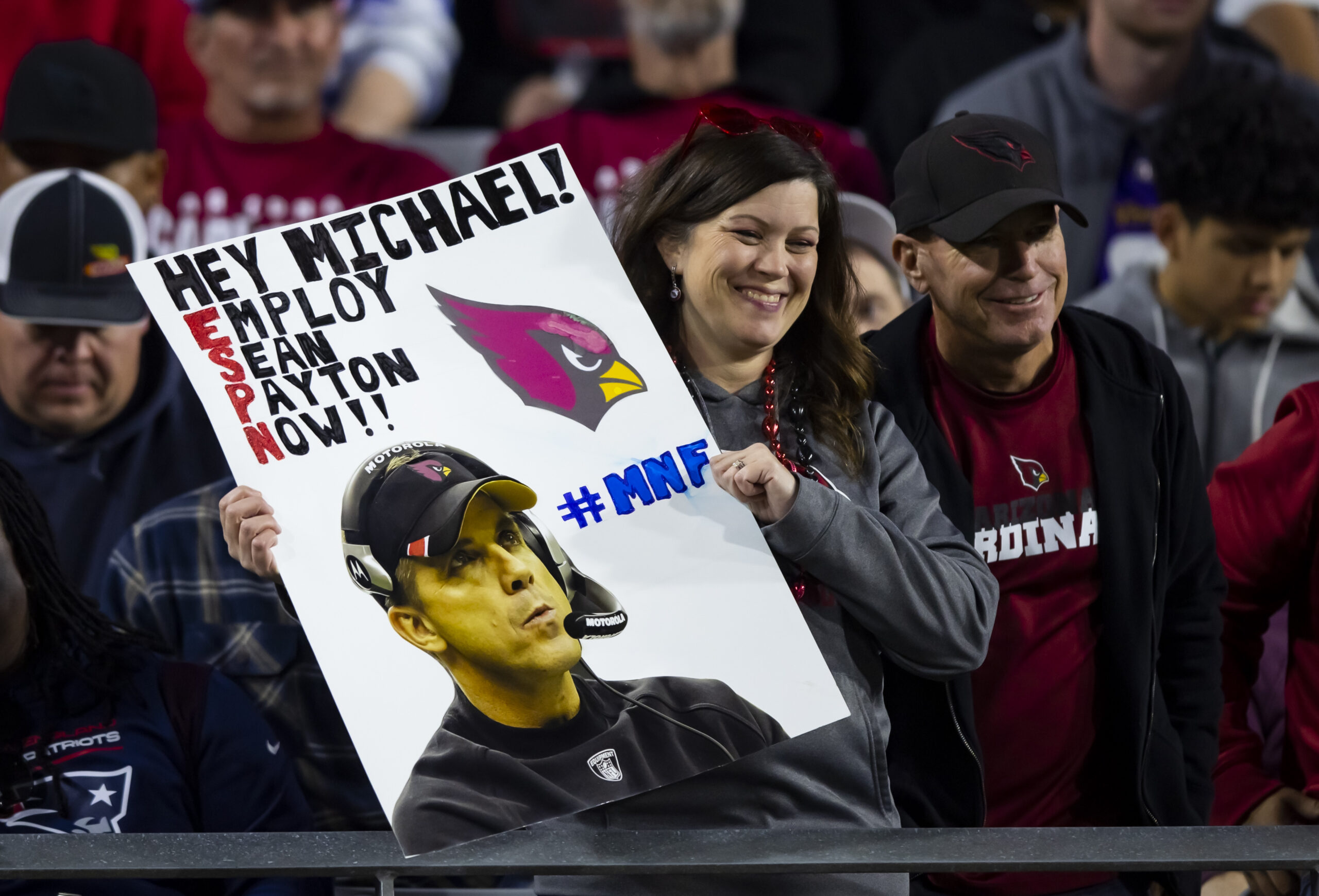 Fans around the valley were filled with enthusiasm when the name Sean Payton began to pop up as the new possible head coach of the Arizona Cardinals.

However, this was also at the time when the Cardinals were still a playoff contender, a somewhat functional franchise, and had their franchise quarterback healthy.

Fast forward a couple of months, and things have spiraled out of control at a rate that seems to be only speeding up.

And now, the chances of Sean Payton landing in Phoenix are beginning to look a lot less likely than they were back in October.

Payton spoke in an interview with Saints writer, Chris Rosvoglou, and when describing what he is looking for in his next team, he did not exactly describe the Cardinals.

“I think the most important thing is functional leadership. True ownership in the front office with the willingness to want to win and understand how to do that.”

While the Cards have reportedly expressed interest in Payton as their future head coach, the loss of general manager Steve Keim does not help their case.

Keim announced he was taking a leave of absence due to personal medical problems just a week ago. It is now unlikely that he will return to the team in the 2023 season.

With Arizona moving on to a new general manager, they have mentioned the possibility of allowing Payton to bring along a GM of his own.

However, given the Cardinals’ dysfunction at the time, one would assume that Payton is gradually losing interest in Arizona as a landing spot.

To make matters worse, just two weeks ago, the Cards lost Kyler Murray due to a torn ACL. While he will miss the remainder of this year, there is a high likelihood that the injury will linger into the 2023 season.

Once again, this makes Arizona an extremely unattractive place to coach given that they will have a backup quarterback for the first couple of weeks.

While there is still the possibility, the Cardinals are very quickly lowering their chances of having a Hall of Fame coach on the sidelines.

Due to numerous injuries and front office drama, Arizona is kicking themselves in the foot.

Yes, they do meet the qualification of having a “developed quarterback” as requested by Sean Payton, but that is just about all they have to offer at this point.

The Cardinals have some highly impressive convincing to do if they want to have Payton alongside them next season.

This is a coach that wants to win, not help rebuild a team.