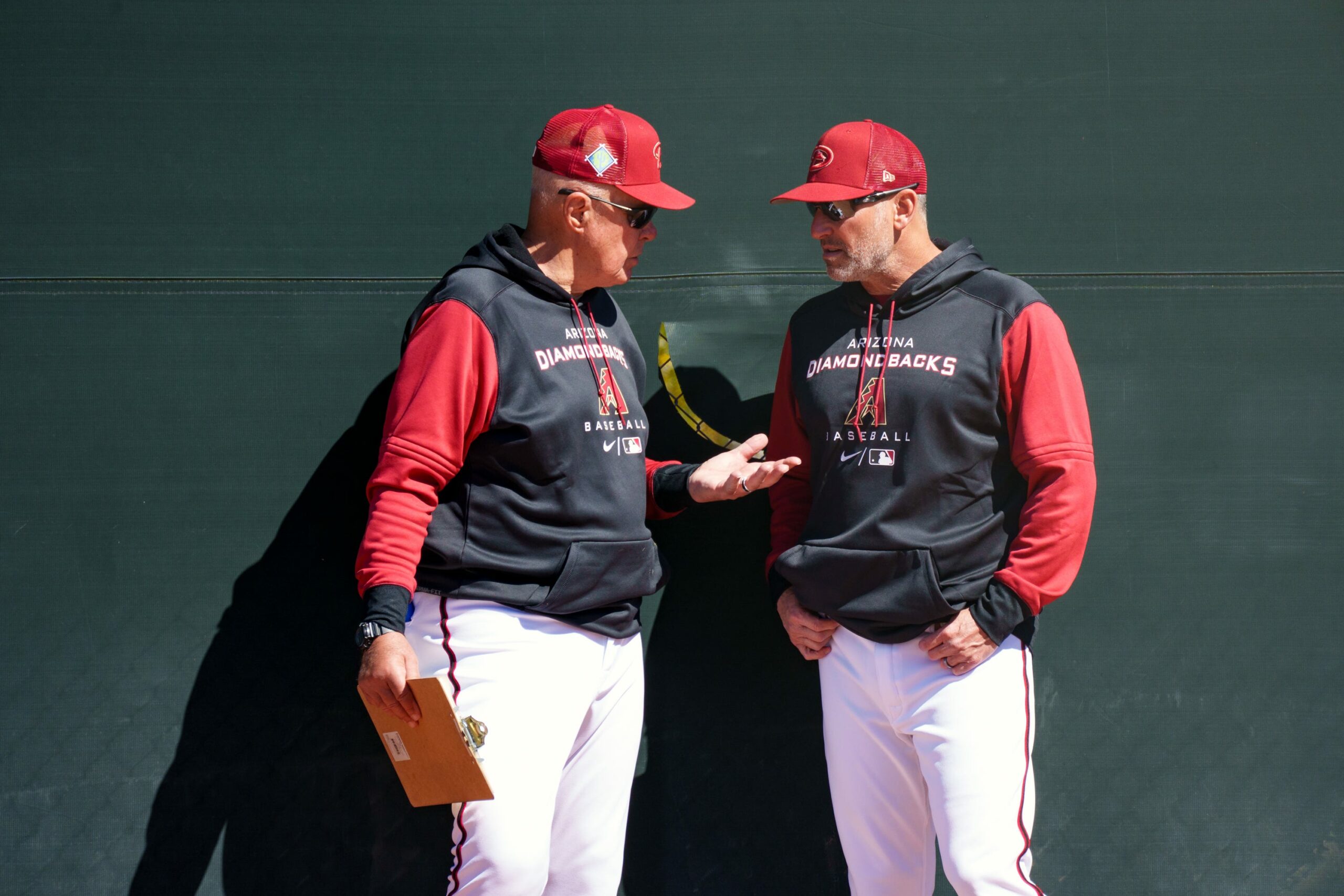 The Arizona Diamondbacks just like last season at the trade deadline have been awfully quiet during this free agency period. There are still big names available in the market via free agency and trade. However, it seems the Diamondbacks are more focused on trading away talent than acquiring it.

According to some sources and rumors going around in the last 4 days, the Diamondbacks are shopping around some of their young talent in the outfield.

Names like Jake McCarthy, Alek Thomas, and Daulton Varsho have been mentioned. The rumor is these names are on the trade block and Arizona is getting calls about them. Teams such as the Yankees and Astros.

All three of these names quickly became fan favorites in Arizona last season. They were producing on the stat sheet, yet, most importantly they were becoming admired for the energy in which they played with.

Last season at the trade deadline, besides moving David Peralta to give some of these young guys a chance to play, the Diamondbacks were quiet.

Now winter have come, free agency has opened, and yet again the Arizona Diamondbacks are quiet. The front office has been giving the fans mixed signals for the better part of two seasons now. Are we trying to win or in a rebuild?

If the front office has a plan, it is lost in translation to the fan base.

The fact that these names mentioned above are on the trade block gives the impression the fans will have to wait one more season for the Diamondbacks to be taken seriously.

It appears all the cards are being held for a magical 2024 run. However, this team if managed properly, has the talent to compete now. Especially for a wild card spot.

Arizona is showing extreme trust in their farm system with the move of adding these names to the trade block.

At the moment, after releasing players like Stone Garrett, the only outfielders on the roster are McCarthy, Varsho, Thomas, and Corbin Carroll.

Druw Jones still has at least a full season in the minors before he will be ready to take the major league field.

The Diamondbacks seem to have the best problem in baseball, too much talent. Unfortunately they have no idea how to manage that problem.

Maybe The Rumors are Just That…

Maybe the front office is just testing the waters, seeing if they can make a huge deal off of the potential of one of these young players.

Or just maybe these rumors are just that, rumors. Only time will tell what the Diamondbacks are planning on doing as the 2023 season approaches.

Burn City Sports will update this story as transactions happen… or don’t happen.