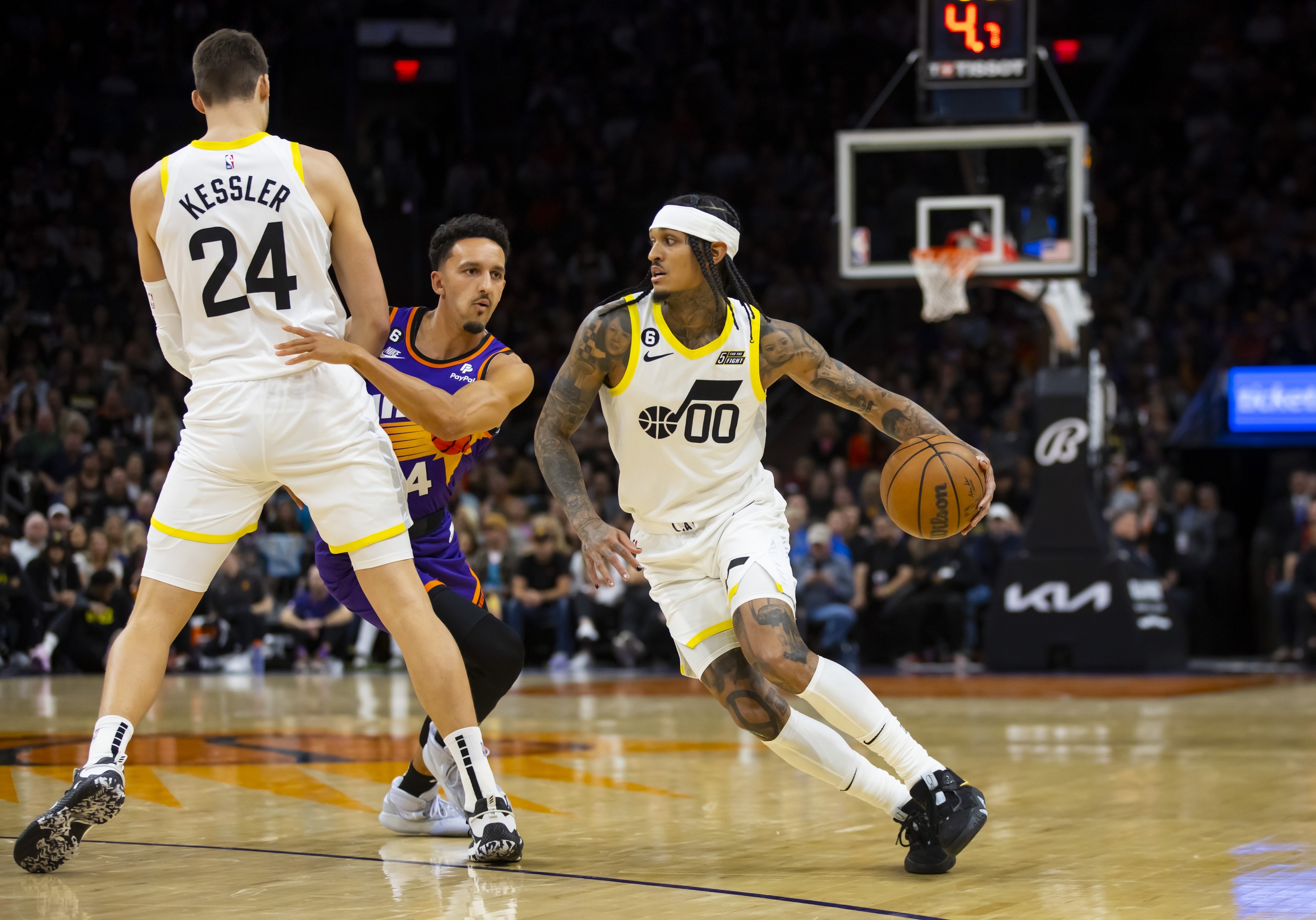 A winning streak will be put to the test on Saturday as the Phoenix Suns host the Utah Jazz. Utah, a team that was thought of to be in tanking mode, has come out swinging early in the season.

While that’s the case, the Jazz have lost their last three while the Suns have won their last three. Phoenix is still without Chris Paul, who’ll be missing his 10th straight game with a heel injury.

The Jazz are eager to jump back onto the winning side, and that was evident as they lead 54-51 at halftime.

This wasn’t the Detroit Pistons that gave the Suns a grudging competition on Friday. The Jazz are well aware of their ceiling, and they let that be known in the first quarter.

It was a quarter that saw both squads exchanging baskets fairly often, but the Jazz were able to pull out the lead for the quarter.

The Suns attempted to wash away their horrible three-point shooting from against Detroit, but it seemed to linger against Utah. The Suns went 0-for-6 from beyond the arc, which quickly required that they shift focus on offense.

Both Mikal Bridges and Deandre Ayton found themselves getting comfortable from midrange. Ayton’s jumper has shown a profound progression this season. Bridges wasted no time finding his home from midrange, going 3-for-3 from the field during the first quarter.

Devin Booker had a tough time creating offense for himself, going 2-for-10 from the field for six points.

As for Utah, they seemed to be clicking on offense while not letting Phoenix be a disruptor. The Jazz put up 32 points in the first quarter, which was spearheaded by Kelly Olynyk and Jordan Clarkson.

Shooting and defense are the two areas of concern for the Suns as they go into the second quarter.

Phoenix was able to put an end to the three-point drought after a three from Damion Lee to open up the the second quarter. Even so, the Suns didn’t seem to dabble much in three-point territory, as the inside game had become their key to staying into the contest.

The Suns still seemed to be missing a beat against a steady Jazz squad. They were only shooting 40 percent from the field as time hit the seven-minute mark. The one area that seemed to be playing out well for Phoenix was ball security, as they managed to get their first turnover nearly halfway through the second quarter.

Phoenix was able to put pressure on Utah’s primary scorers, namely Lauri Markkanen. Phoenix prevented Markkanen from scoring from the field throughout the first half. It allowed the Suns to stay in the game, with a heaving three-pointer from Ish Wainwright allowing them a tie at 40.

The defense on Collin Sexton, Jr. couldn’t be said the same however. The Suns had a difficult time containing the speedy guard, allowing him two back-to-back three-point conversions in the paint.

Phoenix will have to find a way to put a halt to the many offensive weapons that are at Utah’s disposal. Putting a hamper on just Markkanen opened up doors for others, giving the Jazz the lead at the half.