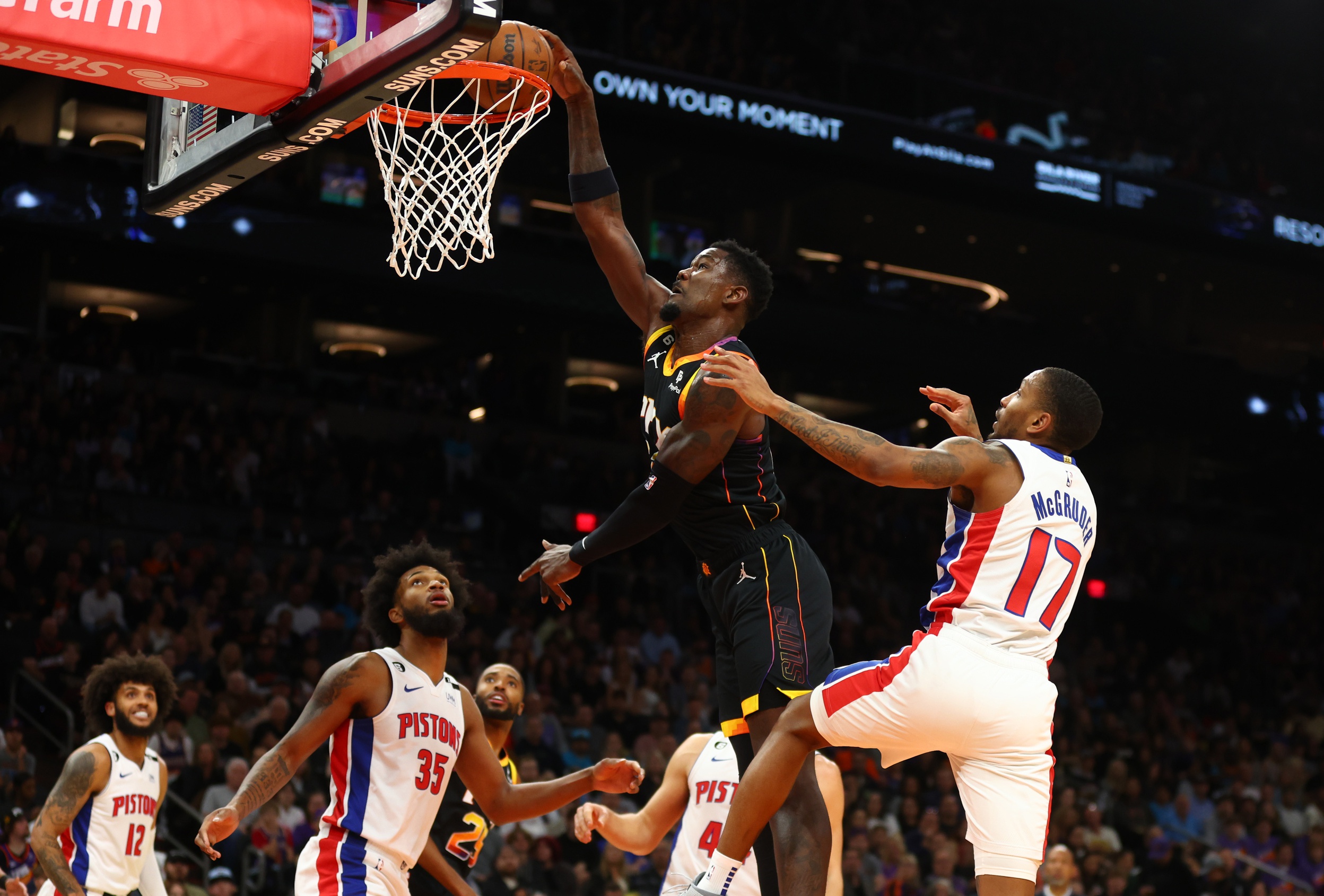 It’s another home game for the Phoenix Suns on Friday. After having Thanksgiving off with the rest of the league, the Suns will try to overpower a less-talented Detroit Pistons squad.

Phoenix is coming off a strong-armed win against the Los Angeles Lakers, winning their last three of four games. As for Detroit, winning hasn’t been a normality. The Pistons have been able to win two in a row after losing seven straight.

The Suns are without Chris Paul yet again, which will prove to be a challenge on floor spacing and ball-handling duties. Yet it was the shooting that failed the Suns, as they trailed 54-53 at halftime.

The Suns shot 44 percent from the field, but seven of their 25 attempts came from three-point territory. Phoenix only converted 14.3 percent of those shots from downtown, making it difficult to generate a hefty lead.

On the opposite side, the Pistons were reaping the benefits of Bogdan Bogdanovic, a sharpshooting presence that is still believed to be highly sought out by Phoenix. Bogdanovic went 4-of-6 from the field for a nine points. Killian Hayes has come alive for the Pistons as well. He added six points for Detroit while once being thought of as an outlier by the Pistons.

The tough shooting night from three-point range would have to come to an end for Phoenix. It was possible that the reserves unit starting the second quarter could be the solution to a cold start.

The Suns were maintaining a lead around the nine-minute mark, but it became solely reliant on their defense. The three-point shooting hadn’t improved, though it didn’t stop Phoenix from attempting them.

Head coach Monty Williams was forced to call a timeout given the bench’s inability to generate offense halfway through the quarter. The Suns were down to 7.1 percent on three-point shooting, going 1-for-14 from beyond the arc. The Pistons, on the other hand, were up to 50 percent from three-point range, though they generated most of their scoring from mid-range and the paint.

The dependable personnel that’d seen Phoenix successful as they dealt with injuries were invisible throughout most of the first half. Mikal Bridges was 0-for-8 from the field. Devin Booker tried to shift his offensive inclusion late in the quarter as he went through the second quarter. Booker was up to 13 points on 5-of 8 shooting at the end of the half.

The Suns staying close in the game came from a talent standpoint in their Detroit opponent, if not for that, the margin could be considerably wider.