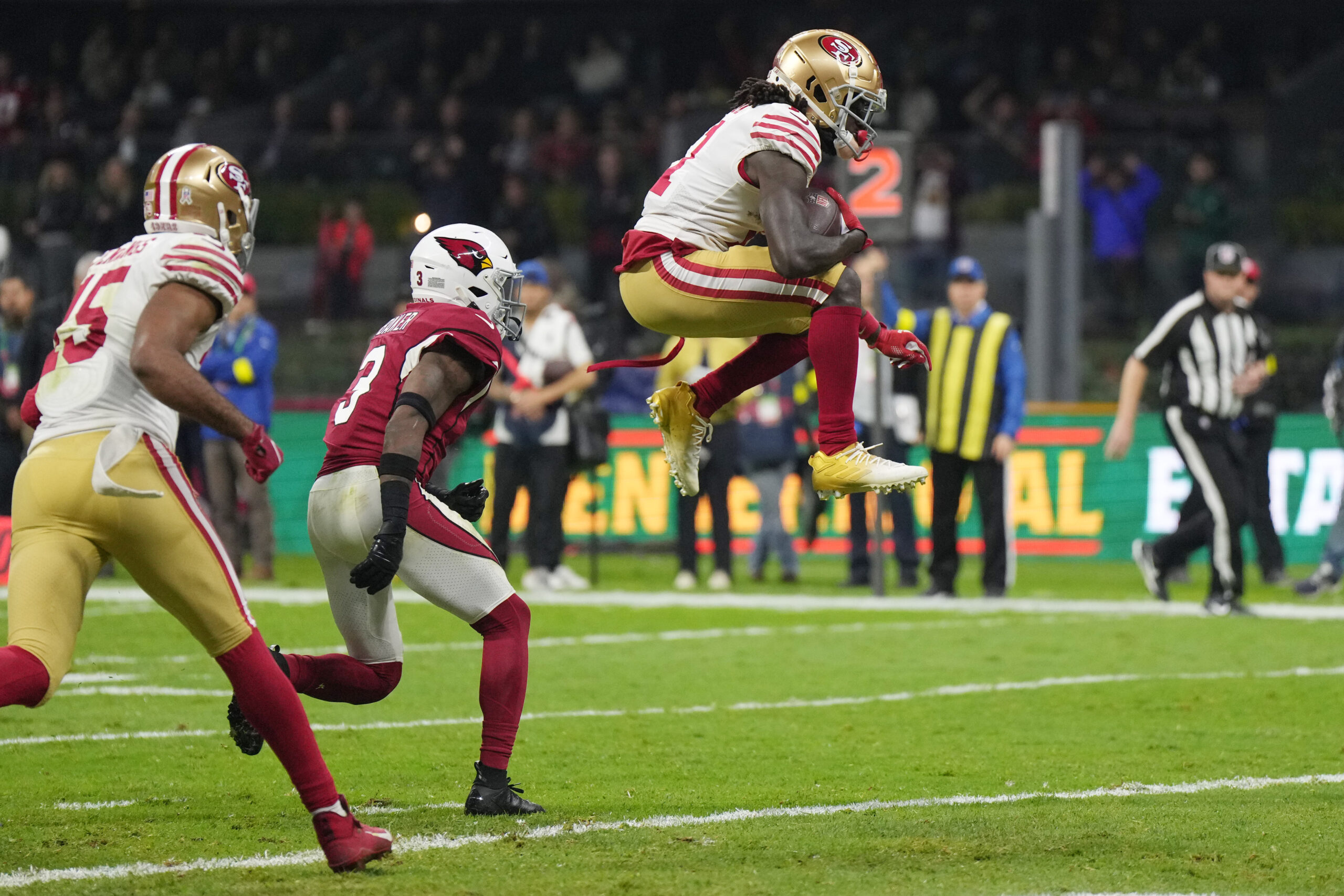 There are not too many words to describe the second half performance by the Arizona Cardinals.

From start to finish, the Cardinals failed to do just about anything right. And as a result, they have slipped into a 4-7 hole, with playoff hopes quickly dwindling away.

Four touchdown passes from QB Jimmy Garoppolo were the most by the veteran since Week 13 of the 2019 season.

There was no answer for the expanding weapon inventory that the 49ers put on full display tonight. Christian McCaffery finished with over 100 total yards and a touchdown, WR Deebo Samuel brought in seven receptions and a 39-yard rushing touchdown, and lastly, George Kittle and Brandon Aiyuk both caught two touchdowns.

On the Cardinals’ sideline, offensive line injuries were the main story of the night. Backup QB Colt McCoy spent a good amount of time on the ground as he was hit eight times. This relentless pressure resulted in McCoy finding himself inside the blue medical tent late in the fourth quarter.

Additionally, weakness in the offensive line led to a failure to establish any sort of running game. In the first half, RB James Conner averaged only 2.1 yards per carry. Besides a 2-yard touchdown run, the ground game was almost completely nonexistent.

Despite the fact that it was a lopsided game, there was one positive that the Cardianls can hope to build on.

WR Greg Dortch had a career night. With Hollywood Brown and Rondale Moore injured, Dortch caught nine receptions for 103 yards. It was the first time this season that he was the Cardinals’ leading receiver.

Now onto the next

Unfortunately for the Cardinals, they may have lit the torch for the 49ers to finish the 2022 season on a hot streak. It was proven tonight that their 5-4 record is an extreme understatement to the talent they possess.

Arizona has now slipped to a 4-7 record, and the schedule does not get any easier.

The Cardinals’ next game will be this Sunday against the Los Angeles Chargers.