Three Players That Stood Out in Cardinals 27-17 Win 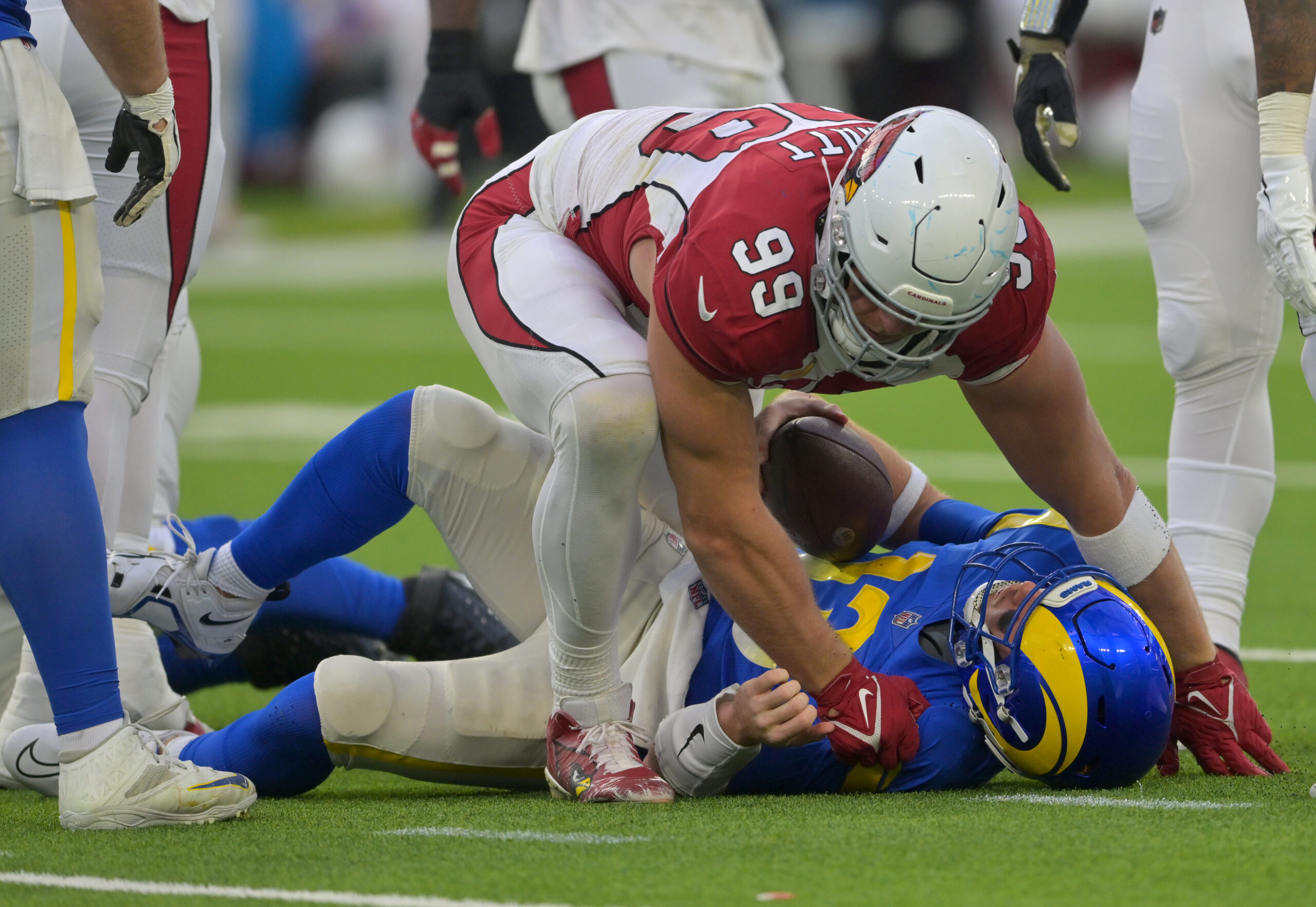 In the battle of the backup quarterbacks, the Arizona Cardinals beat the Los Angeles Rams 27-17 on Sunday Afternoon. Cardinals quarterback Colt McCoy played an efficient game, throwing for 238 yards on 26 of 37 passing. He also threw one touchdown and no interceptions. The effort was reasonable enough for the Cardinals to win.

Cardinals That Stood Out

James Conner rushed for only 69 yards on 21 carries but scored two touchdowns to help the Cardinals win. Conner hadn’t many holes to run through, but he ran hard and helped the Cardinals win. The running back also caught three passes for 17 yards giving 86 yards from scrimmage.

DeAndre Hopkins led the Cardinals in catches with ten on 14 targets. He also had 98 yards receiving. Having a receiver like Hopkins is critical when your backup quarterback is playing. In addition, Hopkins is a good safety blanket, and you saw that on Sunday.

Another receiver who played well was Rondale Moore; he had nine catches for 94 yards. Again, Moore is a player who can line up anywhere and make plays, another player who is the go-to guy for a backup quarterback. But, again, McCoy did an excellent job of getting the ball to his playmakers.

Well, this is not a player, but Arizona’s defense played outstanding against the Rams on Sunday. Arizona held Los Angeles to 256 total yards, 190 passing, and 66 rushing. They also forced two Rams turnovers, and in the first half, Arizona held the Cardinals to three points.

Antonio Hamilton led Arizona in tackles with 11, and Arizona’s defense sacked John Wolford three times. J.J Watt had one of those sacks and also had five quarterback hits. It was an all-around good performance by the Cardinals’ defense.

Next Monday, Arizona host the San Francisco 49ers on Monday night football. It will be challenging for the Cardinals; hopefully, Kyler Murray can come back and play the following Monday.