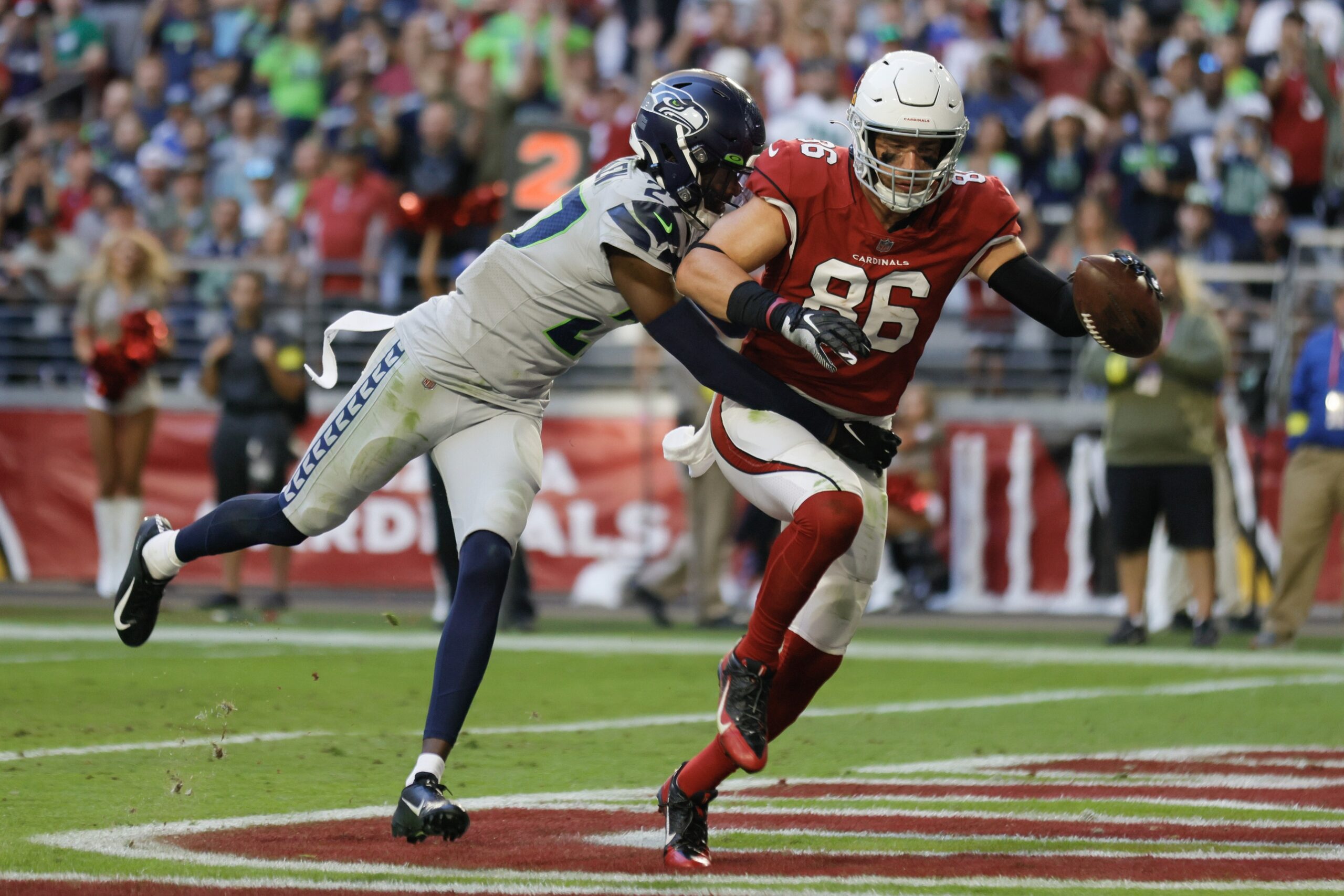 Though the Arizona Cardinals were victorious on Sunday, they received some unfortunate news on Zach Ertz.

According to ESPN’s Adam Schefter, the dependable tight end could miss multiple weeks with his knee injury.

Cardinals TE Zach Ertz, spotted in a brace after Arizona’s win, is expected to miss multiple weeks with the knee injury he suffered today, per source. The team does suspect that his ACL is intact, however. But Ertz will undergo an MRI on Monday to determine full extent of injury.

There’s been no update on the exact extent of Ertz’s injury, as Arizona will wait until tomorrow for an MRI to be done.

Ertz only tallied one reception for 12 yards before leaving in Week 10 against the Los Angeles Rams. His injury occurred with seconds remaining in the first quarter, leaving to him being carted off the field.

Zach Ertz has been carted off the field.

Through all the Cardinals’ mishaps this season, Ertz has been a silver lining. He’s racked up 394 receiving yards for four touchdowns.

The wideout slot for Arizona has seen a few personnel changes this season, but Ertz has been a surefire option at the tight end position for Kyler Murray.

Ertz is entering his second season with the Cards. The former Super Bowl champion was traded from the Philadelphia Eagles to Arizona last season. He caught 69 percent of his passes through 11 games last season for the Cardinals as well.

Without the former Eagle, Kyler Murray and the Cardinals’ offense will have to search once more for ways to get downfield. Yet if Week 10 serves as a suggestion, the passing game may not be a problem even without Ertz.

Colt McCoy was able to rattle off passes to Deandre Hopkins along with Rondale Moore. Both wideouts nearly posted 100 receiving yards, respectively. A.J. Green seemed comfortable as well on his scoring reception.

The Cardinals will get their first test without Ertz in Week 11 against the San Francisco 49ers.