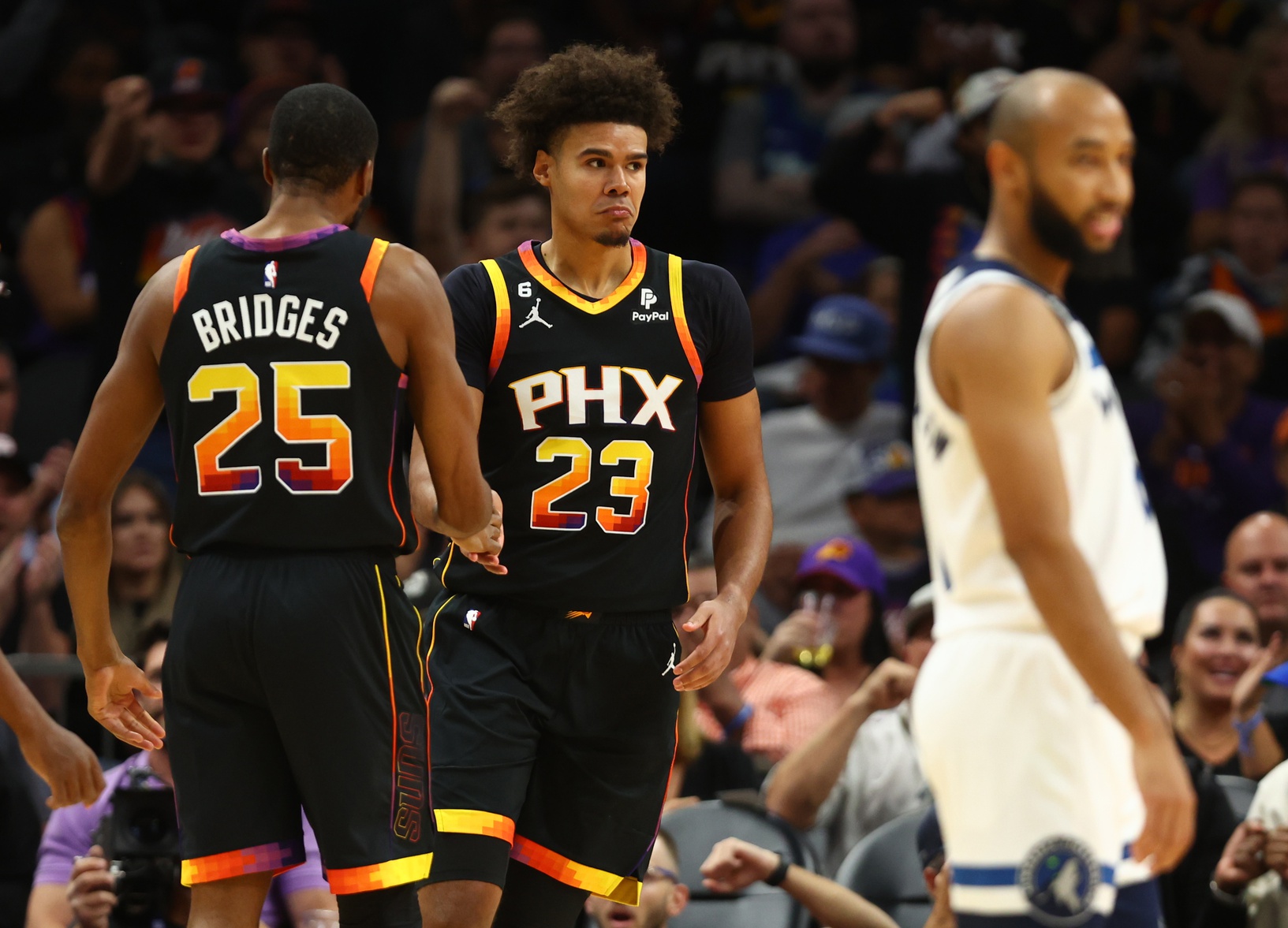 The Phoenix Suns are at an improbable crossroad, as Cameron Johnson has been diagnosed with a torn meniscus in his right knee.

Shams Charania of The Athletic reported the unfortunate news hours before tipoff on Saturday.

The Phoenix Suns fear forward Cam Johnson has suffered a torn meniscus in his right knee, sources tell me and @sam_amick. Testing so far indicates the meniscus injury, and Johnson is receiving further evaluations and imaging.

It was only five minutes into Friday’s game against the Portland Trail Blazers before Johnson’s dreadful injury. The Suns are in the midst of developing an offense that features more of Johnson and Mikal Bridges. With Devin Booker and Chris Paul taking up so much of the offense, Johnson was set to be one of the premier players going forward.

Johnson had recently became a starter for the Suns, which saw the 26-year-old with more opportunities offensively. He scored a season-high 29 points against the Minnesota Timberwolves, etching his 2,000-point milestone as well.

Without the former UNC product in the lineup, Phoenix will be forced into some tough decisions going forward. Given Johnson’s promotion to starter, Jae Crowder was unwilling to return to the Suns. Phoenix has yet to find a suitable deal in exchange for Crowder, but the requirements they seek may be put on hold now.

The Suns’ bench was considered an issue early in the season. This was mostly due to Johnson no longer giving reserve minutes anymore. A Crowder trade would’ve likely added to that reserves squad. Now, with an uncertain timetable, a trade could look to bring in starting quality for Phoenix.

Phoenix jumped off to an impressive start with Johnson aboard the championship run. The Suns have been a top-ranking team in terms of offensive and defensive ratings. There will without a doubt be a slight dip off with the absence of the 6-foot-8 forward.