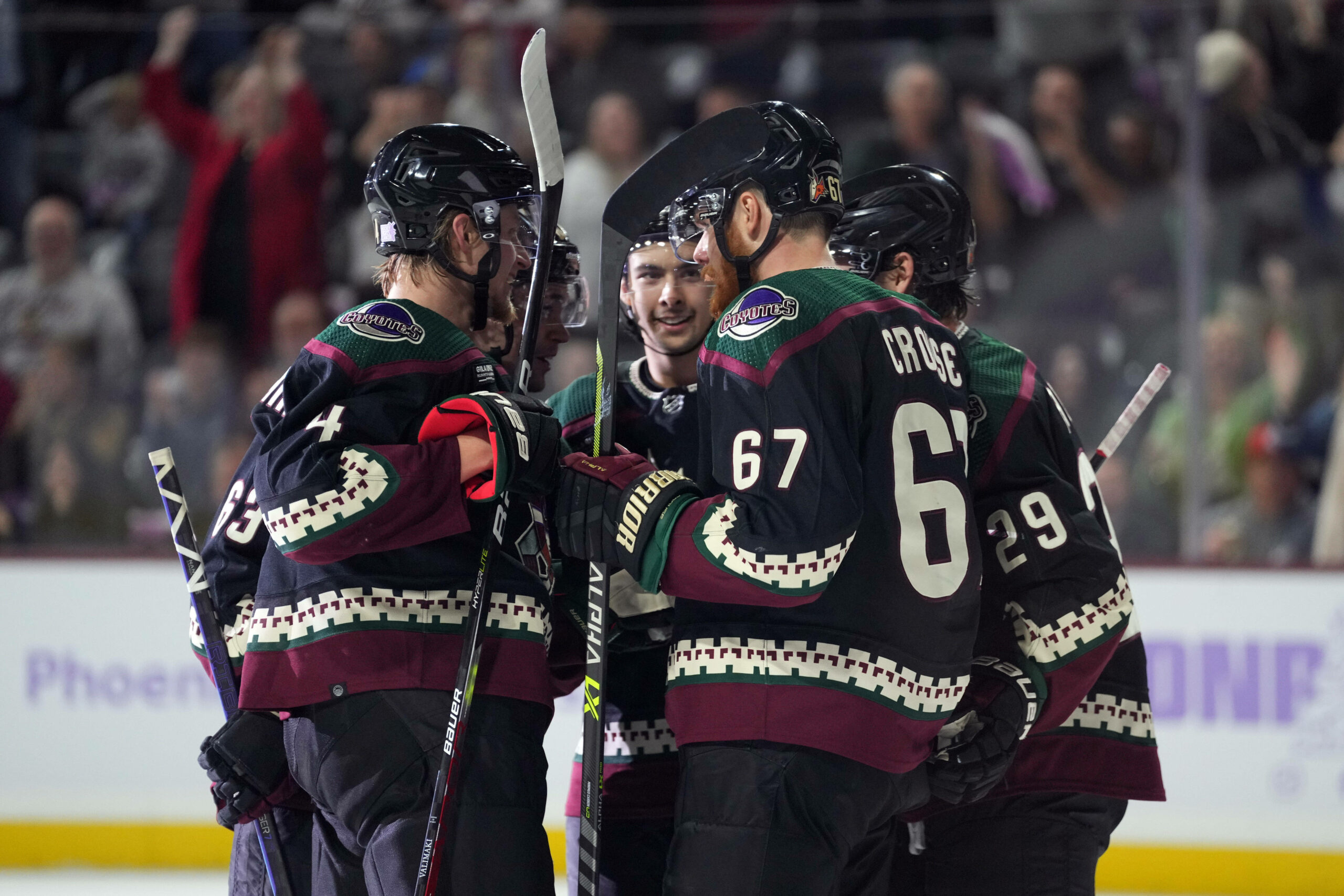 The third game in Mullett Arena for the Coyotes, still searching for their first home victory. The Florida Panthers came to town tonight as heavy favorites over Arizona. Karel Vejmelka took the net for the Yotes, while Spencer Knight did the same for the Panthers.

Close Game From the Drop:

The first period was competitive as a hockey game could be. Both goalies took turns making remarkable saves. For the first 20 minutes it felt like old school hockey.

As the period ended tied up at 0-0, the intimate crowd finally able to take a breath and exhale.

Coyotes and Panthers Both Score in the Second:

After going through half of the game scoreless, the Panthers struck first and took the lead for the moment.

Six minutes later, the Coyotes tied the game at 1 a piece behind Lawson Crouse‘s fourth goal of the season. At the end of the second period the Panthers doubled the Coyotes in shots on goal, 23 to 11.

Even with this unbalance, the game went into the third period tied, both teams with a single goal.

All Comes Down to this…

As the third period began, the feeling in the building was that it all comes down to this. The crowd could be part of history, as fans witnessing the first home victory in Mullett Arena by the Coyotes.

Arizona came out aggressive in the third period, out shooting Florida 4-1 in the first five minutes.

With 12 minutes left in the game the Coyotes got an opportunity to put some pressure on the Panthers with a power play. Four shots into the power play Arizona got one passed the goalie and into the net, taking a 2-1 lead with 10 minutes left.

Nick Ritchie scored the go-ahead run, giving him his fourth goal on the season. Clayton Keller added the exclamation point on the first home victory for the Coyotes on the season and in Mullett Arena in garbage time.