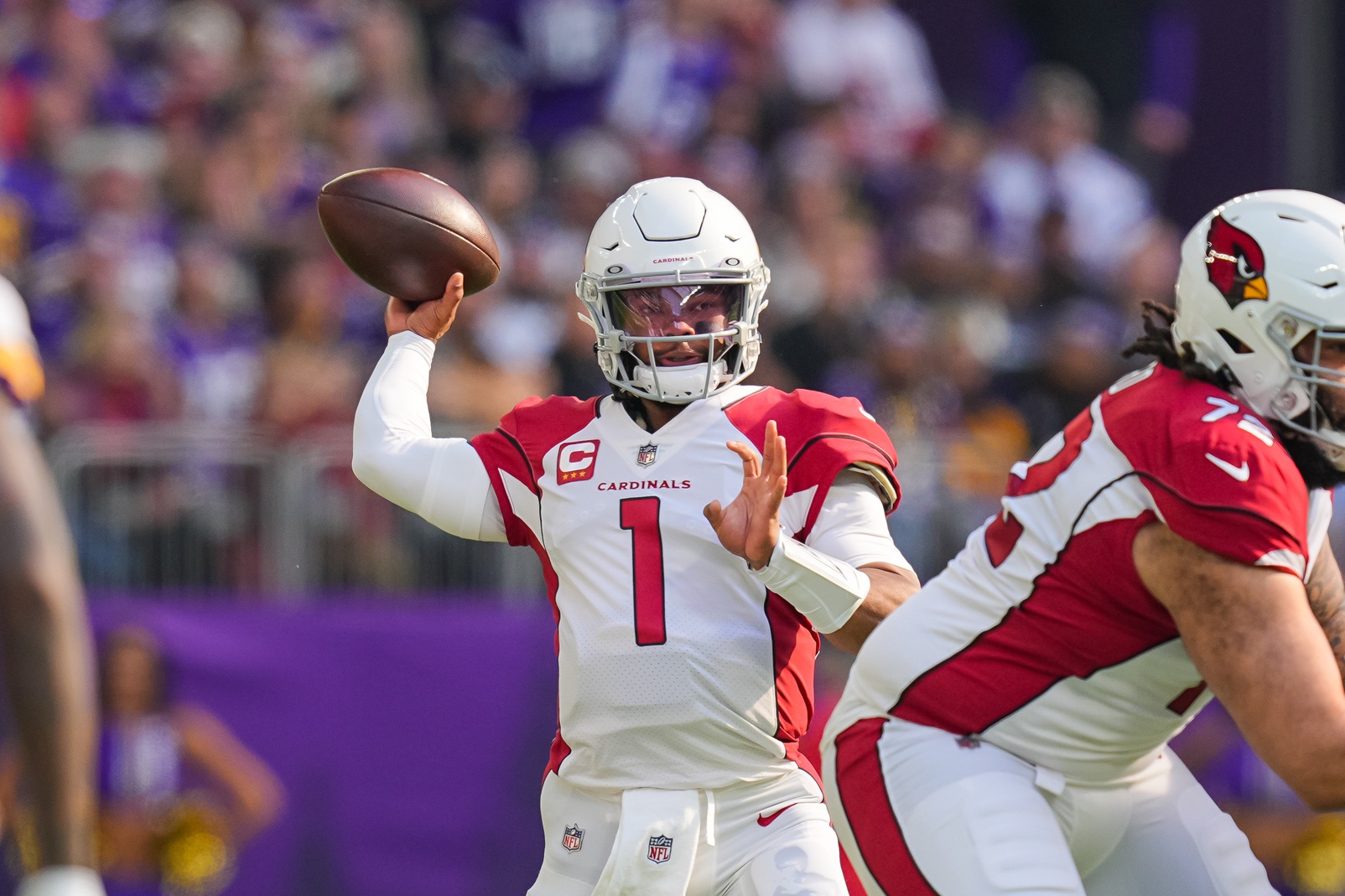 It was an exciting showdown between the Arizona Cardinals and Minnesota Vikings on Sunday, but one player gloated at the expense of Kyler Murray.

Former cornerback Patrick Patterson got to celebrating with his Vikings teammates after safety Harrison Smith intercepted a pass from Murray. Peterson mocked a Call Of Duty celebration, an obvious knock to Murray.

While it wasn’t Peterson’s own interception, the former Cardinal has been a menace on the field during Week 8. Peterson was also seen celebrating mid-play after the interception from Smith.

Peterson has been immense in the downfield for Minnesota as well. He registered four tackles along with a number of deflections against Arizona. His antics throughout the game became a disturbance to the Cardinals fanbase.

The Vikings had won their last four games coming into Sunday, and the win against Arizona puts them at 5-1 for the season.

As for Arizona, Week 8 was set to be an intensifying match if the Cards were able to match up well against the Vikings. Both squads put on a show going into the fourth, but Arizona regressed to some of its old habits as they fell short.

At 3-5, Arizona will get another shot at redemption against the Seattle Seahawks next week.

Kyler Murray was able to secure three touchdowns against Minnesota, but it came with two interceptions as well. He also led the team in rushing yards with 36.

DeAndre Hopkins was able to secure his first touchdown of the season after a one-handed grab in the endzone.

There’s still time for Arizona to turn its season around, and the first start to mounting consecutive wins will come against Seattle.

Cardinals Trail the Vikings 14-10 at the Half
Cardinals Fall Short to the Vikings 34-26
Loading More Posts...