Cardinals Trail the Vikings 14-10 at the Half 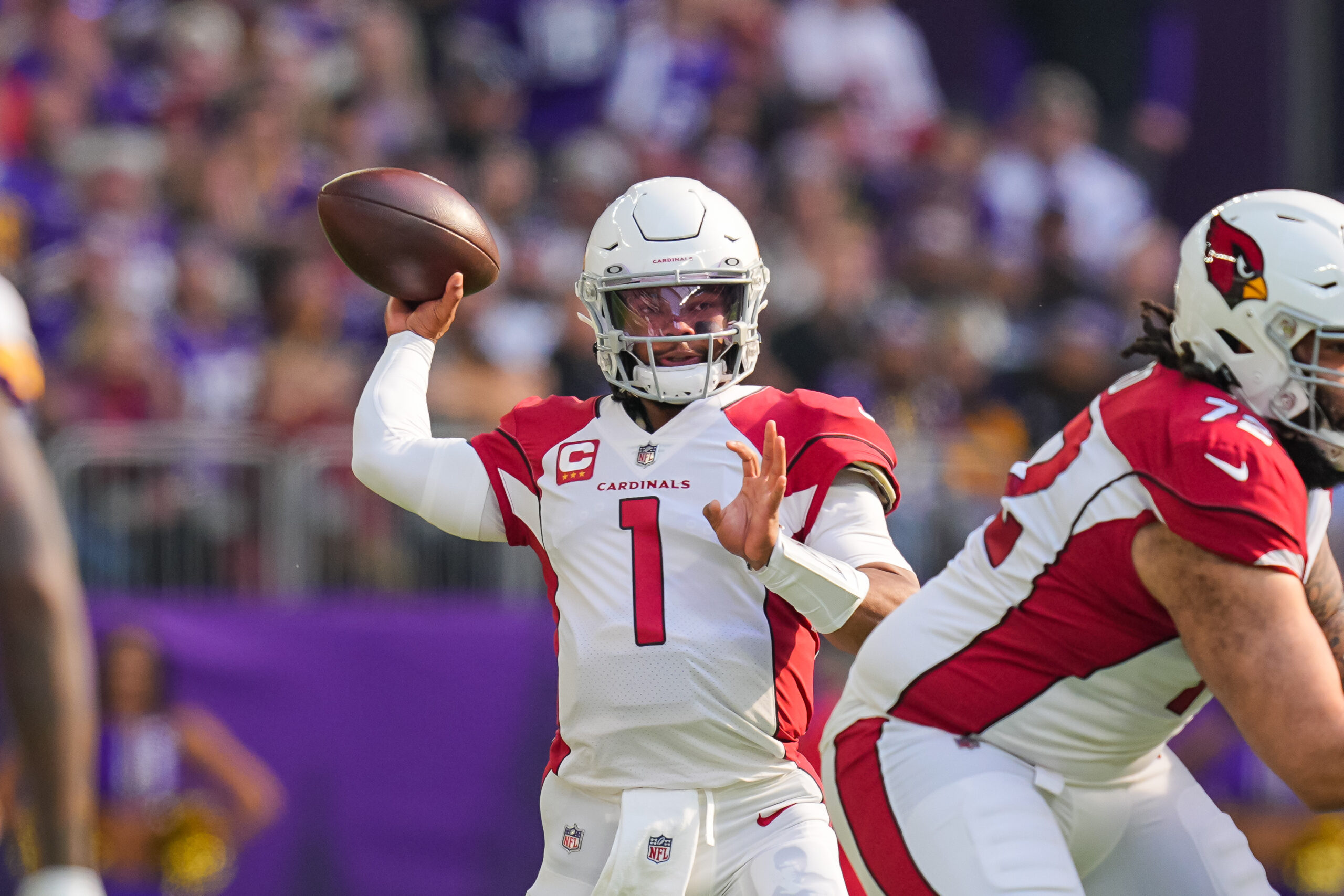 It’s a chilly morning in downtown Minneapolis, but the Vikings wasted no time heating up on offense. The Cardinals defense had no answers for the running game as Minnesota ran the ball for 42 yards on the opening drive. This included a 17-yard scramble by QB Kirk Cousins that resulted in a touchdown. Arizona’s defense has now allowed five opening drive touchdowns, the worst in the NFL.

KIRK COUSINS TAKES IT HIMSELF ⚡️

On the Cardinals’ first try with the football, Kyler Murray led the offense on an eight-play drive into field goal range. It was the former Cardinal cornerback, Patrick Peterson, who batted down a 3rd & 7 deep ball attempt, ultimately ending the drive. Settling for a field goal, Matt Prater drilled it from 44 yards on his first attempt after returning from injury.

It was mostly the Dalvin Cook show in the first half. Cook ran for 75 yards just in the first 16 minutes, averaging over 10 yards a rush. The relentless rushing attack led the Vikings into the end zone to begin the second quarter. On a third-and-goal attempt, Cousins connected with Johnny Mundt to increase the Vikings’ lead to 14-3. This was Mundt’s first career touchdown.

After a defensive stop, Arizona finally got the sticks moving again as the second quarter was coming to an end. DeAndre Hopkins led the charge and capped it all off with a one-handed touchdown grab. This sent the game into halftime with the Vikings leading 14-10.

Arizona’s offense failed to do much in the first half. The Cardinals produced only 67 total yards on 19 plays in the first three drives. Minnesota, on the other hand, had nearly 200 yards on 26 plays.

RB Eno Benjamin ran the ball six times for only 17 yards. This was a major letdown compared to the explosion the Cardinals saw last week against the Saints. As a result of the inability to run the football throughout the first three drives, Arizona averaged only 3.5 yards per play.

On the passing side, Kyler Murray finished the first half 11-14 for 96 yards and a touchdown. His primary receiver, DeAndre Hopkins, brought in 53 of those yards and the touchdown.

At the end of the first half, the Vikings have a 14-10 lead over the Cardinals.