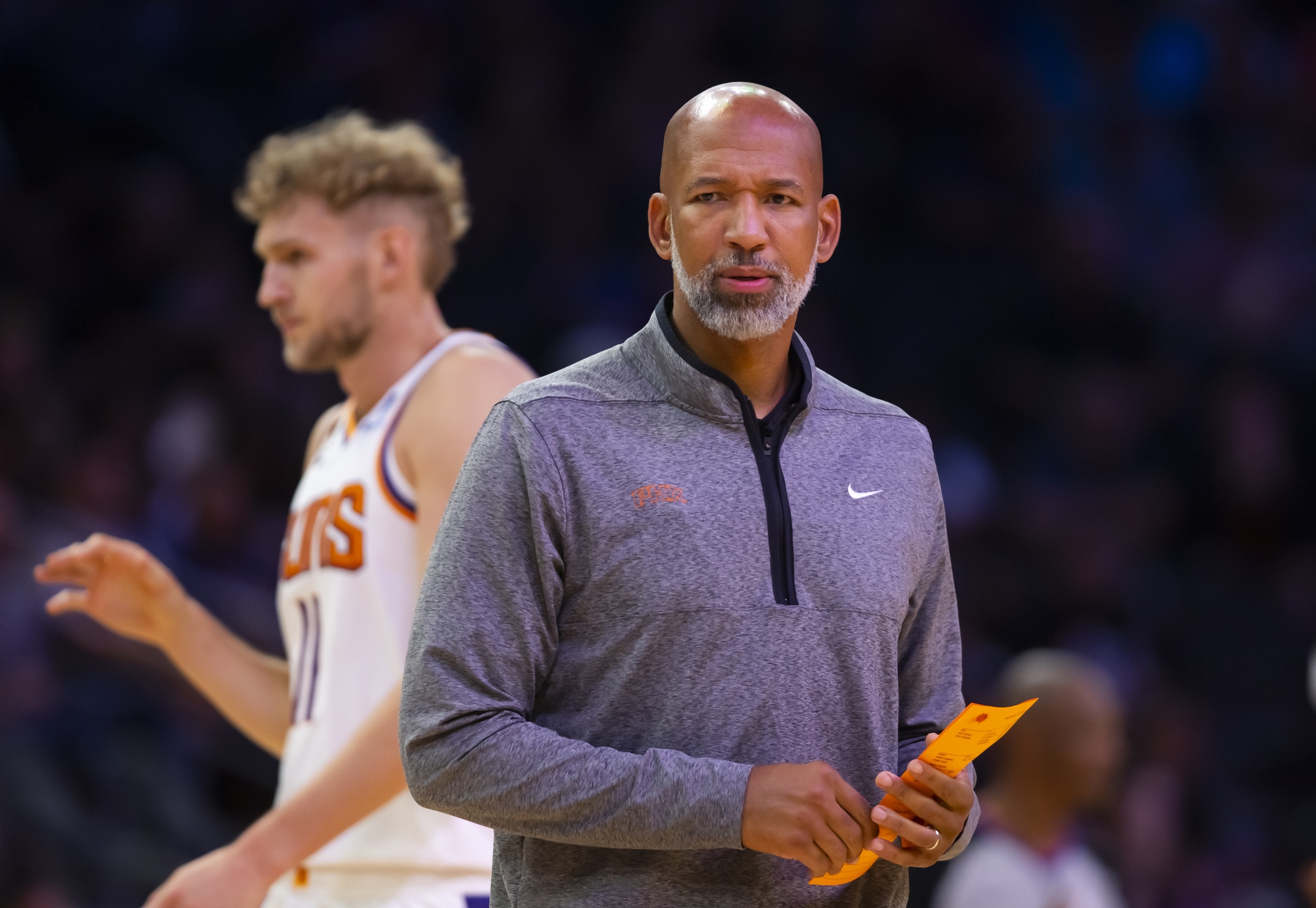 News broke earlier today of a new person being interested in buying the Suns. Former President of the United States Barack Obama is involved in one group bidding to purchase the Phoenix Suns according to Bill Simmons.

Suns head coach Monty Williams was asked about this during Thursday’s practice and he had a lot to say about the potential outlook of Obama being interested in buying.

“For me, I don’t tend to make comments about speculation. But I think anybody would value a partnership with someone like that,” says Williams. ” For me as an African American, even though we may have differences of opinion on certain views politically or whatever that looks like. For someone who has been through those kinds of experiences from a leadership standpoint, I would love to just pick his brain and sit and listen for hours about life and decisions and things like that.”

Suns head coach Monty Williams was asked about rumors that speculate former President Barack Obama being interested in buying the Suns. Here what he had to say. pic.twitter.com/5jr99v5zFK

Williams also alludes to the fact that he has heard rumors about this potential situation yesterday but he hasn’t had a lot to think about when it comes to this situation due to season play. But he isn’t surprised due to the type of culture that they build in Phoenix to have a guy like Obama want to be interested in buying.

“I think it speaks to what the guys have built here our players. To have people wanting to get involved and purchasing.”

Barack Obama Reportedly Involved In Group to buy the Suns

The Suns have a unique team that has built a great winning culture over the last few seasons as they are also off to a terrific start to the season this year. Hopefully, in the near future, the Suns can have a person like Obama or somebody of that high caliber running the show now and into the foreseeable future.