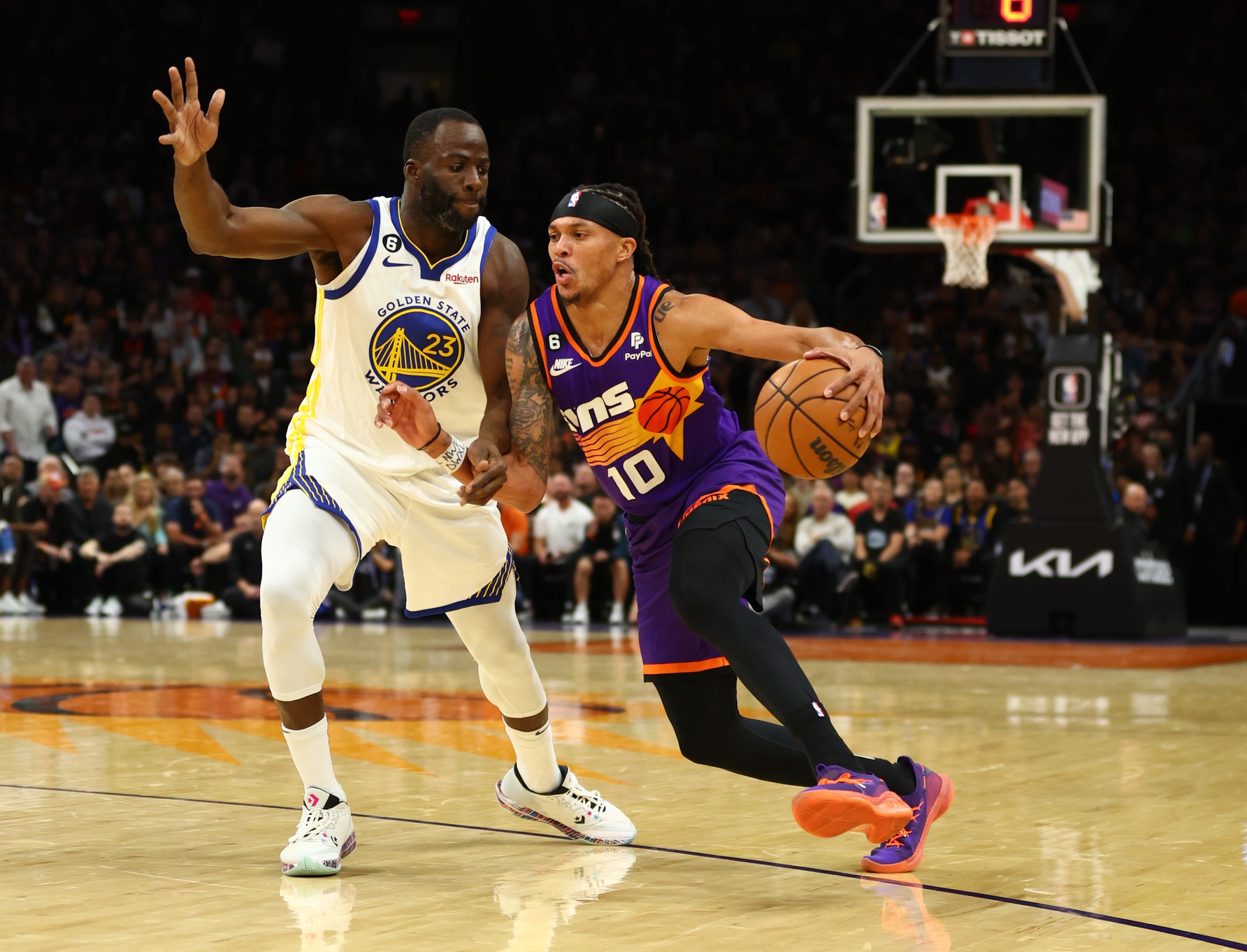 The Phoenix Suns made sure to put on a show against the Golden State Warriors on Tuesday night. In the end, Phoenix meant to take care of business, beating Golden State 134-105.

In a game that could be largely expanded in a possible playoff scenario, both contenders became rowdy as the game intensified. In the end, however, the Suns were able to shut down the Warriors’ advances.

The Suns jumped out to an early start in the first quarter. Deandre Ayton got to work in the post while Devin Booker seemed to hit every shot he attempted.

Ayton has seen an increase in production when he opts for more aggression in the paint. He had six points and six rebounds early in the first half before sitting. Booker also did his part on the scoring front, notching 16 points in the first half. He also showed off his defensive awareness after catching Draymond Green snoozing on offense, allowing Booker a steal.

Chris Paul may never get back to his 20-point-a-night averages, but his new role has been interesting. That didn’t stop Paul from showing his shooting stroke on Tuesday, as the future Hall of Famer knocked down two threes in the first quarter. Paul capped off the first half with a buzzer-beater to put Phoenix up 72-66 at halftime.

This hopeful playoff picture got intense as the second half commenced. Golden State became aggressive in its pursuit to cut into Phoenix’s lead. Yet as time dragged in the third quarter, Klay Thompson received his first career ejection. The star guard refused to let up in arguments with multiple Suns players, largely Booker.

The entire sequence from Thompson’s ejection was odd, with Booker receiving a technical as well. There were as many as seven technical fouls at one point between both squads.

The Suns got back to their winning ways as the fourth quarter came. Booker finished with 34 points , adding to his scoring dominance so far this season. He also added seven assists.

Chris Paul knocked down four of his five attempts from three-point range, finishing with 16 points and nine assists. Ayton posted a double-double after racking up 16 points along with 14 rebounds. Reserves big man Jock Landale was extremely impressive as well, scoring 17 points along with seven rebounds.

The Suns overall appeared in playoff form tonight, and the hope is that the balance continues throughout the season.