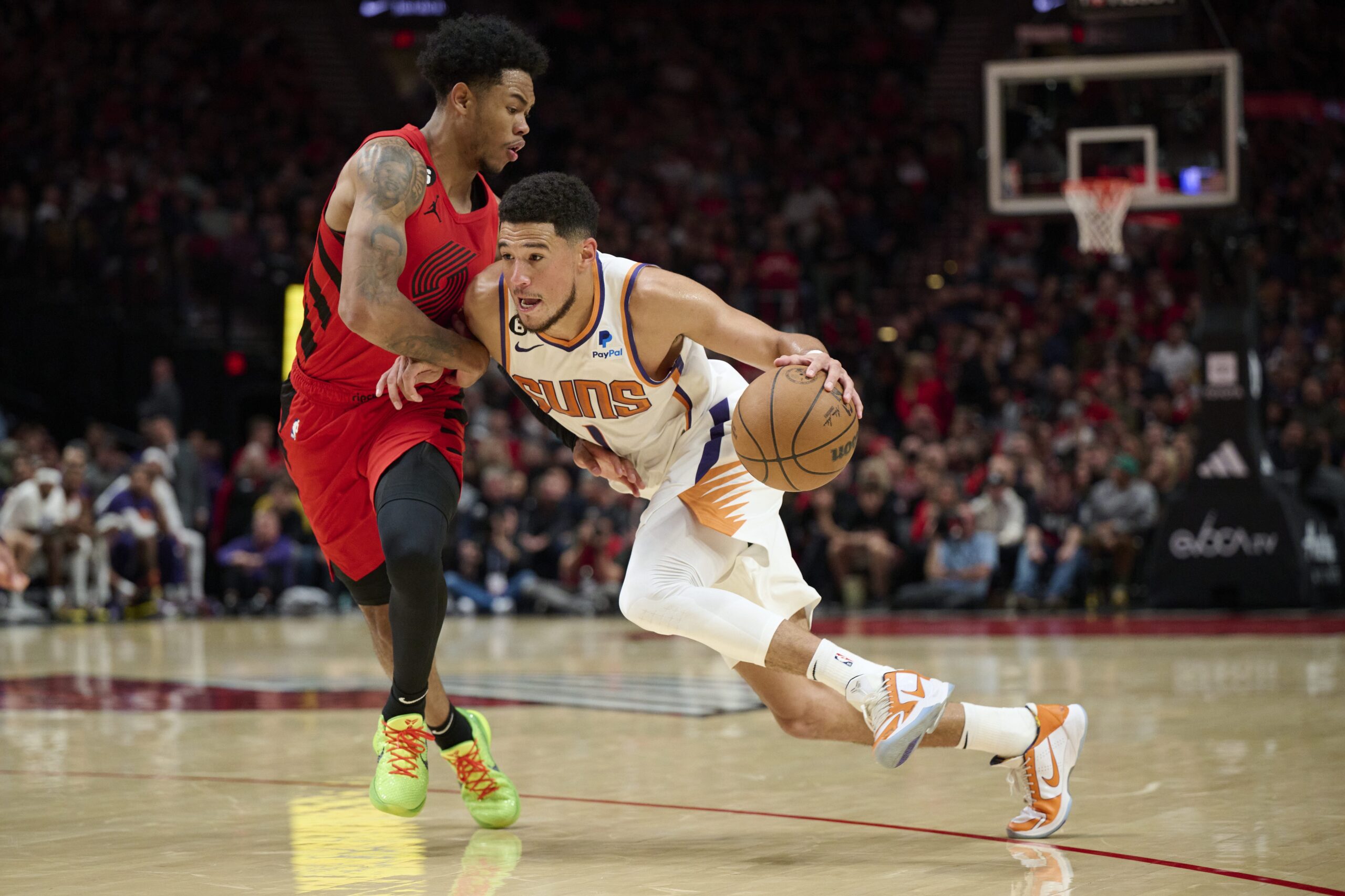 It was a back and forth game between the two western conference teams but the Trail Blazers persevered against the Suns in a nail biter by a final score of 113-111 in the Moda Center.

Blazers starting shooting guard Anfernee Simons made the go ahead shot to put his team up two with 7.2 seconds left and then Suns center Deandre Ayton had a chance to tie the game at the end but missed the first free throw. Then after missing the second one on purpose Landale had a chance to put it back up but it fell short which led to the loss tonight.

Here are the key takeaway’s from tonight’s loss.

Devin Booker and Damian Lillard had a battle tonight as the two star players went blow for blow to combine for 74 points tonight and shooting a combine 47.9% from the field. They didn’t disappoint but the key metric in the game was Damian Lillard shooting a perfect 12-12 from the free throw line including two to tie the game before the end of regulation.

Nurkic On The Boards:

Music Nurkic played as phenomenal a game as a meter cam against the Suns tonight. He finished with 20 points while shooting 60% from the field and 88.9% from the line. But the key in today’s game was Nurkic’s 17 rebounds as he out rebounded Ayton by 11 as he grabbed only 6. The two Center’s battles it out but Nurkic’s rebounding and ability to give the Suns a lot of second chance points was the key to them staying in this game throughout the entire night.

A positive from tonight’s loss was Chris Paul’s all around performance. He scored a double double with 10 and 12 rebounds but the most impressive stat on the night was his 5 steals that led the charge especially throughout the first half. After last game that led Paul to not playing in the final minutes of opening night due to a decision made by Month Williams, Paul more than made up for it tonight as he showed the team that there is no slowing down any time soon.

At 1-1, the Sun’s are going to have to get over this game fast as their next game is in two days as they travel to Los Angeles to play the Clippers.