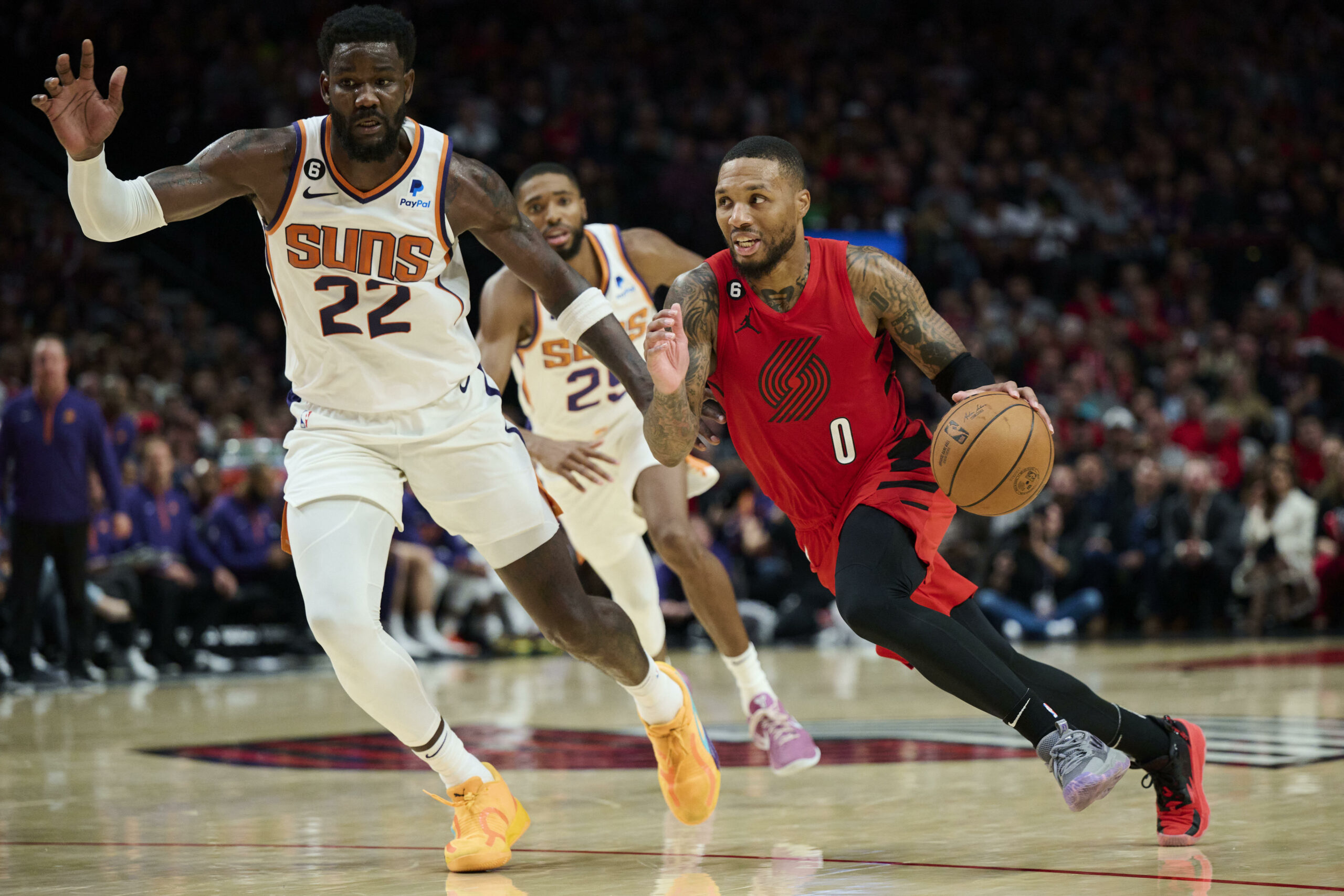 In overtime of Friday nights game in Portland, the Suns were trailing by two points when big man Deandre Ayton stepped to the free throw line. There was 1.2 seconds on the clock, and Ayton was obviously shaken up by the moment.  With his face frozen in fear, Damian Lillard walked up to him and asked, “Have you ever been in this situation before?”.

Ayton Appeared to Become More Nervous after this…

As Ayton tried his best to ignore Lillard, he became tense, nervous. Lillard was seen in the background telling some one else authoritatively “NAW”.

"Have you ever been in this situation? When he ignored me I was like, I'm pretty sure he's thinking about it."

Dame Lillard on what he said to Deandre Ayton before Ayton missed the first of 2 free throws that could have forced double OT. pic.twitter.com/jyawgMgl4i

Deandre Ayton continued to miss both free throws, and the Suns would lose by those two points.

Fans on twitter are making up things Lillard said, which is of coarse hilarious. Saying things like, “You think your team trust you with the game on the line? Naw”

Dame Lillard to Ayton “You think they trust you with the game on the line? Hell naw”