Chris Paul and LeBron James want to Own Team 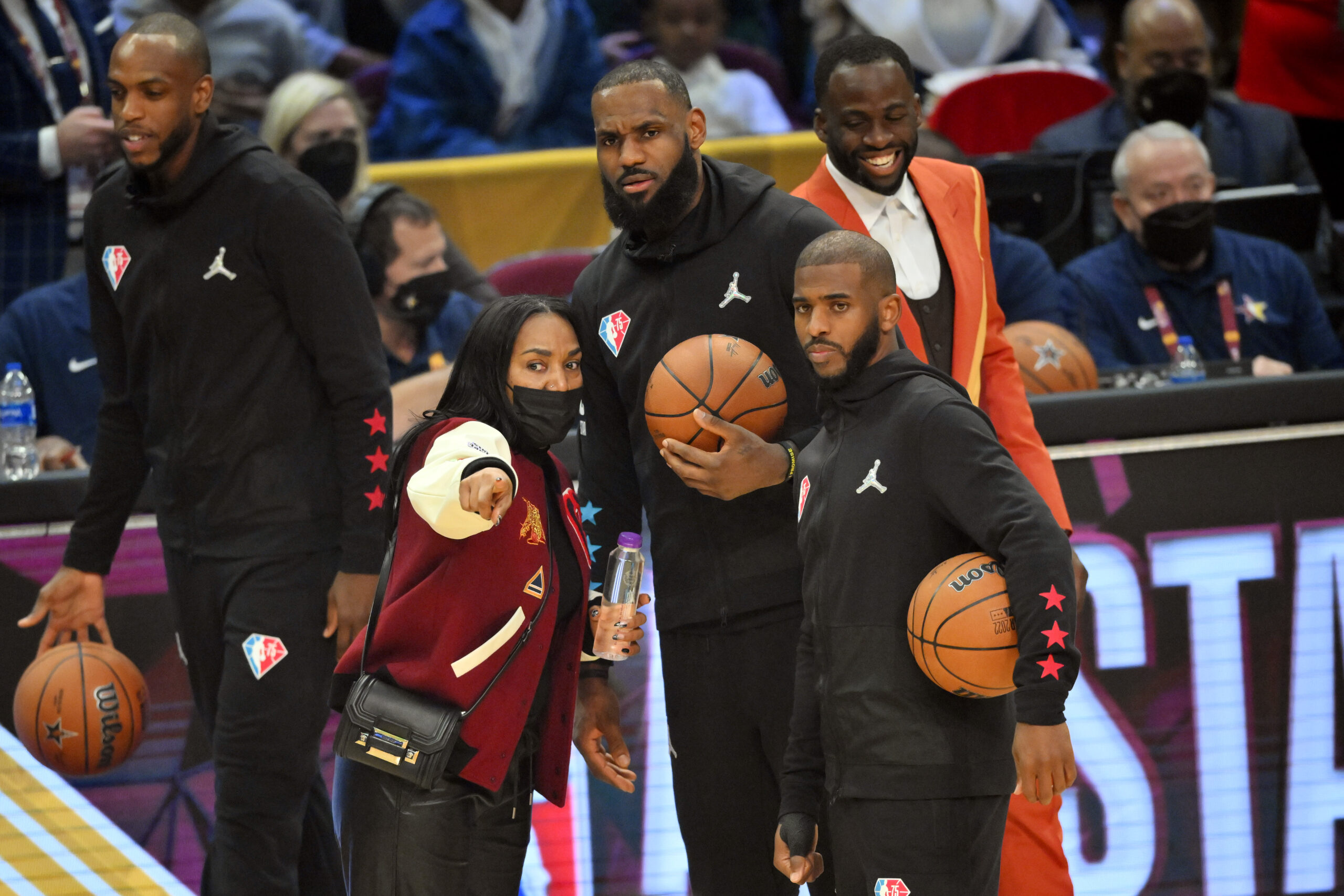 Chris Paul sat down recently with an interview, published on yahoo! sports. In the interview it was mention that LeBron James wants to own an NBA franchise after he retires from playing. Paul then explained that he too would love to be a part of an ownership team, and own an NBA franchise when his playing days are done.

May 30, 2021; Los Angeles, California, USA; Los Angeles Lakers forward LeBron James (23) gets the ball against the defense of Phoenix Suns guard Chris Paul (3) during the second half in game four of the first round of the 2021 NBA Playoffs. at Staples Center. Mandatory Credit: Gary A. Vasquez-USA TODAY Sports

Paul was drafted to the New Orleans (at the time) Hornets, who during his time there had a few ownership problems. From incompetent owners to not having an owner at all.

Paul’s last few seasons with the Hornets, David Stern the NBA commissioner at the time stepped into the ownership role. As well as threatening the city of New Orleans with taking the team from the city due to lack of ticket sales, he also vetoed a trade that would of landed Chris Paul with Kobe Bryant and the Lakers.

Many speculated that Stern was operating in the best interest of the NBA instead of the Hornets or Paul. A few days later he traded Chris Paul to the Clippers for a better package of draft picks. One of which turned into Anthony Davis.

After Paul’s departure, Tom Benson, long time owner of the New Orleans Saints bought the team and changed the franchise’s name to the Pelicans. Changing the logo, uniforms, court, and reviving every marketing campaign around Davis.

Chris Paul had an amazing run early in his career from 2004-2009, he lead an exciting team to a few playoff runs. Teammates Tyson Chandler, Peja Stojaković, and big man David West were a phenomenal team to watch in those late 2000 years.

The high point was in 2007 when Chris Paul led the Hornets to the 2nd round of the playoffs. Challenging the eventual champions San Antonio Spurs. The Spurs led by Tim Duncan, Tony Parker, and Manu Ginóbili was just too much for the young Hornets.

Every night during these years fans were tuning in to sportscenter strictly hoping to catch an alley-oop highlight from the Clippers.

They enjoyed success that rivaled the Lakers for the cities admiration in the early 2010’s. On top of injuries in the playoffs holding them back from surpassing the Golden State Warriors with Stephen Curry, Klay Thompson, and Draymond Green, ownership became a distraction in the worse way.

In 2014 during the playoffs, wire tapes caught Clippers owner Don Sterling using racial slurs and demeaning African Americans. Eventually Sterling would be forced to sell the team and receive and lifetime ban from the NBA.

Now with his 4th team in Phoenix after a short stent in Houston playing alongside James Harden. Paul has led this young team to the finals in 2021 and held the number 1 seed all 2022 season.

Coach Monty Williams and Chris Paul are the perfect match. Add in superstar talent in Devin Booker, youth with Cam Johnson, Mikal Bridges, and DeAndre Ayton along side defensive specialist Jae Crowder. This team has the perfect blend of players and coaches to make another run in 2023.

That is if they can get over this distraction from owner Robert Sarver. His one year suspension does not seem to be “enough” for players and fans alike. This will probably lead to a season long murmur that will most likely begin to bear heavy on players shoulders.

One thing is safe to say, Chris Paul has had his share of bad owners. Once he steps into the ownership box, he will know everything not to do.

Dan Gilbert is the owner of the Cavs and has been since 2005. He has never done anything worthy of criticism on a national scale, however his tantrums when Lebron left Cleveland in 2010 were rough to go through for James.

LeBron James joined the Miami Heat to team up with best friends Dwyane Wade and Chris Bosh. The “Heatles” had an amazing 4 years run before LeBron came back to Cleveland due to yearning to bring a ring to his hometown.

When he initially left the Cavs, Dan Gilbert wrote a childish like letter, blaming and hating on James for his decision to leave. Years later both men made up and moved forward building a championship roster and winning Cleveland’s first ring. Thanks to Kyrie Irving and Kevin Love.

LeBron also ruffled Pat Riley‘s feathers when he decided to leave Miami. James has a history of owners calling him out for not being loyal. Which in the end means nothing in this day and age.

In Los Angeles with the Lakers, the franchise has gone back and forth with it’s own ownership drama. The Buss family making horrible decisions is not a sin, right?