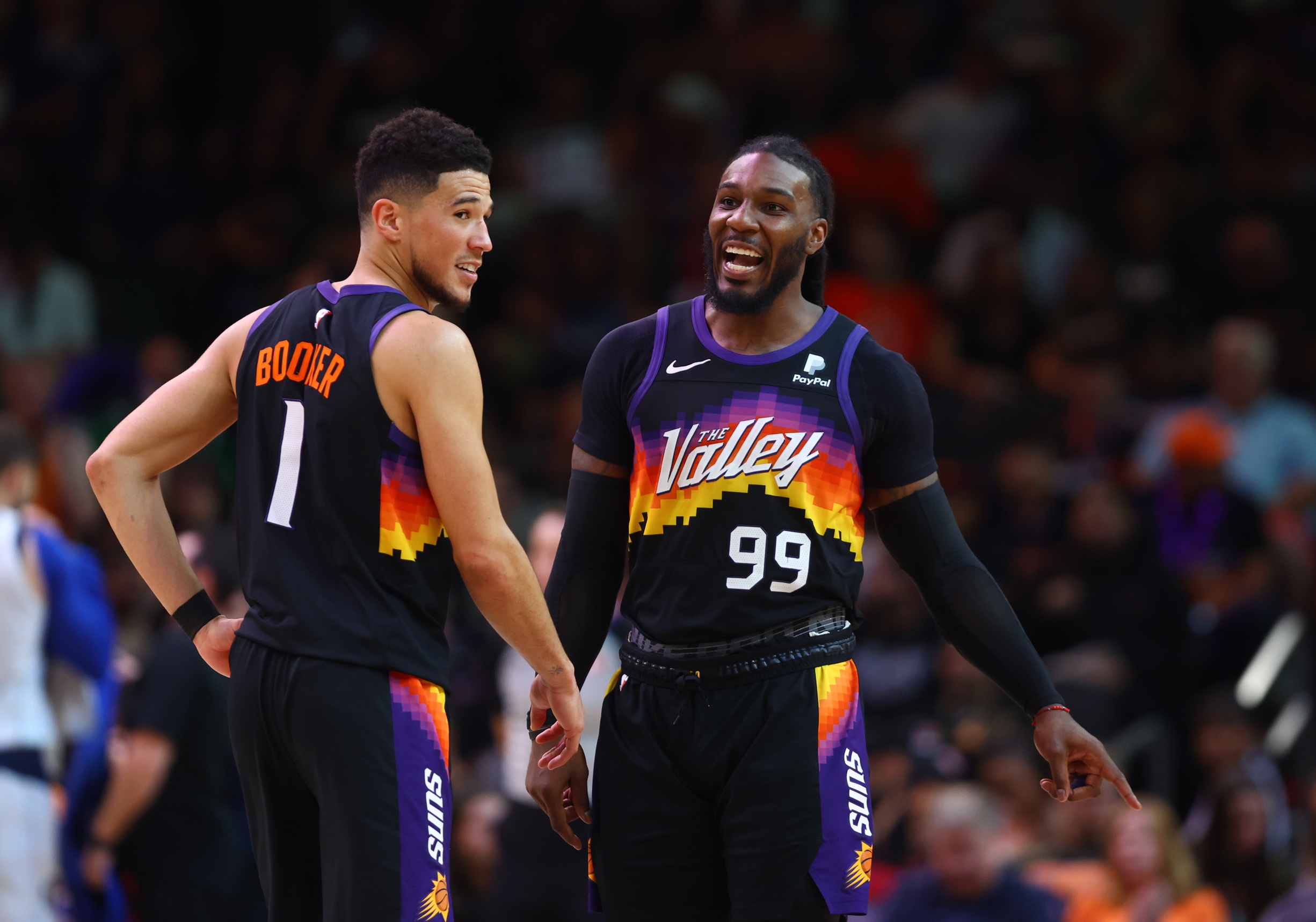 There’s still time left for the Phoenix Suns’ offseason moves. On top of that, there’s no rule against the Suns making trades as the season starts, though it’s not likely.

Looking across the board, most Western Conference teams haven’t shied away from bringing more talent aboard. For the Suns, the idea appeared cemented on standing firm in their current construction this summer.

That move could work out, as history shows that continuity can sometimes be the best remedy for redemption. But if the obstacles in the way of a championship prove to be stagnant, then trades and signings should be the primary objective.

While the Suns did engage on the front, the results were minimal.

So, did the Suns legit get better by remaining neutral?

Trades in the Western Conference

Phoenix definitely flirted in the trade department this summer, but nothing ultimately came to fruition that increased its championship hopes. The Suns reportedly engaged with the Brooklyn Nets over superstar forward Kevin Durant, but the thought of another player even tiers beneath didn’t occur. Phoenix does remain in hopes of Bojan Bogdanovic, but the Los Angeles Lakers have also entered the sweepstakes.

The Suns were able to land center Jock Landale from the Atlanta Hawks, and there’s some growing belief that he could be a low-risk, high-reward type of player off the bench. Otherwise, as it stands, Phoenix mulled far too long over deals while other teams got active.

The Minnesota Timberwolves brought in Rudy Gobert to solidify a dangerous frontcourt. The Sacramento Kings got a bargain for sharpshooter Kevin Huerter. Even the Portland Trail Blazers are flying under the radar after grabbing Jerami Grant from the Detroit Pistons.

Some of these deals were potentially up for grabs for Phoenix, especially if it meant addressing needs.

Signings in the Western Conference

The Suns came up short here as well, letting some of their inner-conference rivals get the upper hand once more.

One such squad was the Lakers. Though it doesn’t jump of the paper given the flurry of events, the Lakers came out fairly solid in the offseason. LA signed Juan Toscano-Anderson, Lonnie Walker IV, Thomas Bryant and most recently Dennis Schröder. Schröder reportedly had his selection down to Phoenix and the Toronto Raptors along with the Lakers.

The Clippers added John Wall to elevate their star-forward duo.

Also, the Denver Nuggets got some guard depth after adding Bruce Brown and Ish Smith, two guards that could’ve given Phoenix some answers. Even the Golden State Warriors added more shooting after bringing in Donte DiVincenzo.

Sure, the Suns can rest on winning the DeAndre Ayton saga (though it came with financial complications that possibly resulted in the loss of Durant). And yes, the core that is currently in place can still compete on the highest level and possibly get back to the NBA Finals. But if the Suns’ plan to rest on continuity with minor tweaks to a roster that has possibly peaked, it could backfire.