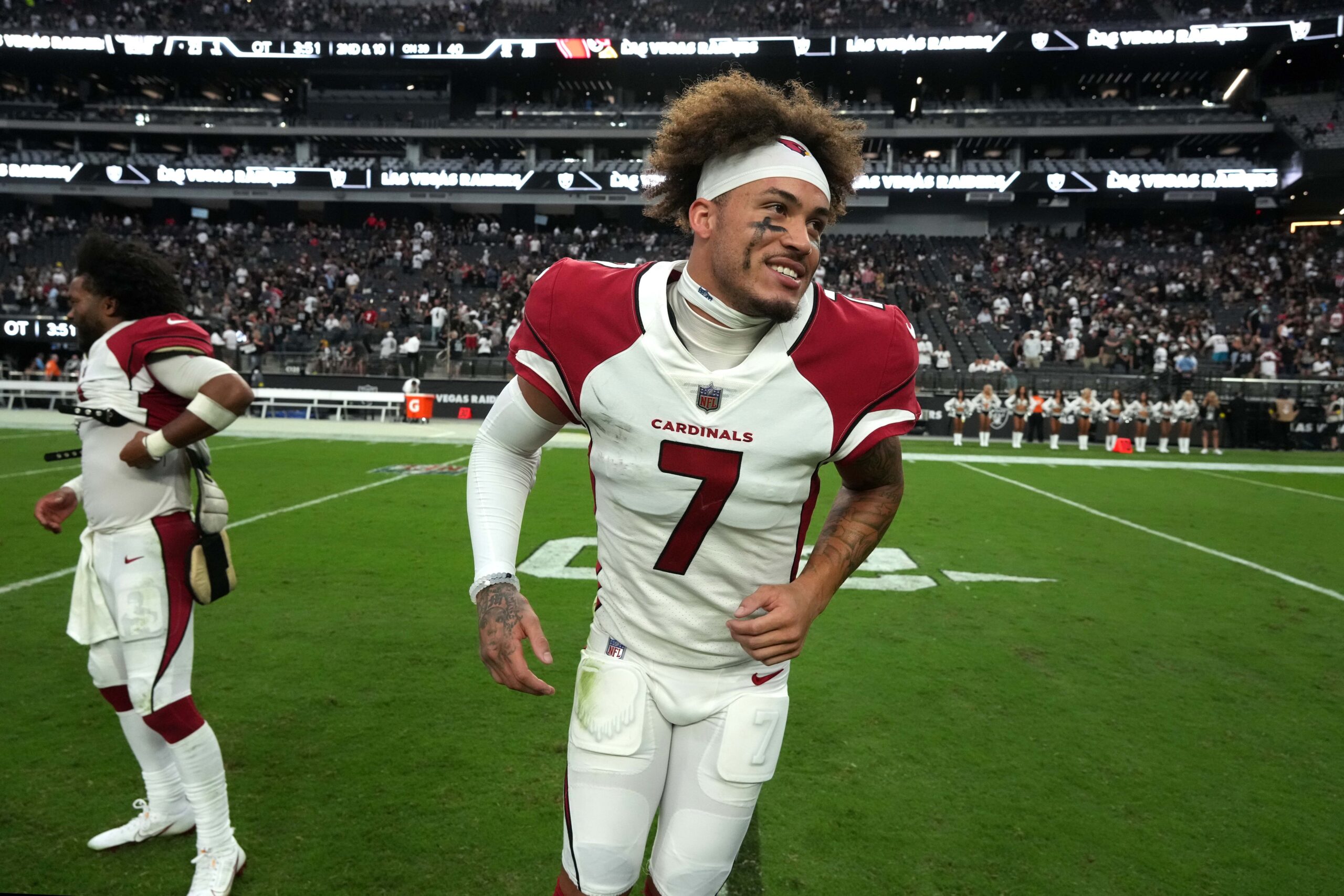 Sunday was definitely one for the books — and surely a highlight for the Arizona Cardinals’ early season. After looking much like the Week 1 letdown that transpired against the Kansas City Chiefs, the Cardinals stormed back against the Las Vegas Raiders in Week 2.

Fans and spectators alike were ready to pack the Cards up after the first half of a 20-0 deficit. Even more, there were statements of calling for head coach Kliff Kingsbury‘s job.

And yet, Arizona was able to make history. The Cardinals became one of multiple teams in NFL history to comeback after a 20-point deficit at halftime, the other on Sunday being the Miami Dolphins. As such, fans took to Twitter to celebrate in the Cardinals’ success.

The Cardinals and Dolphins each faced 20-point deficits at halftime and came back to win.

It's the first time in NFL history that multiple teams have overcome a 20-point halftime deficit on the same day.

UNBELIEVABLE ESCAPE, LITERALLY AND FIGURATELY, BY KYLER AND THE CARDINALS IN VEGAS, EVEN TAKING KINGSBURY OFF THE HOOK FOR A DELAY BEFORE THE TYING 2-POINTER. KYLER IS A HUMAN VIDEO GAME.

WOW. THE CARDINALS COME BACK FROM 23-0 to win 29-23 IN OVERTIME ON A BYRON MURPHY FUMBLE RETURN TD!!

ARE YOU KIDDING ME………..MOST UNBELIEVABLE WIN IN CARDINALS HISTORY.

Of course, Kyler Murray‘s heroics would’ve been cut short if not for a fumble recovery by Byron Murphy to seal the victory in overtime.

INSANE FINISH 🤯 CARDINALS WALK IT OFF IN OVERTIME 🔥 pic.twitter.com/qbpfn8pAFk

As aforementioned, the game was the complete opposite in the first half. Murray was completely stifled by the Raiders’ defense. Moreover, Derek Carr seemed to be en route to his first victory with LA for the season. Yet it seems that Kingsbury and the coaching staff encouraged the Cardinals‘ defense to figure out Carr’s tactics.

This win could be the turning point that Arizona needed — and that perhaps Kingsbury believed in. If the Cards can compile the entire second half against the Raiders with a bit of clean-up, the rest of the league could be in for trouble.

Justin Pugh: “The second half was our team. The first half I don’t know who that was”
Suns: Worst Offseason of Western Rivals?
Loading More Posts...