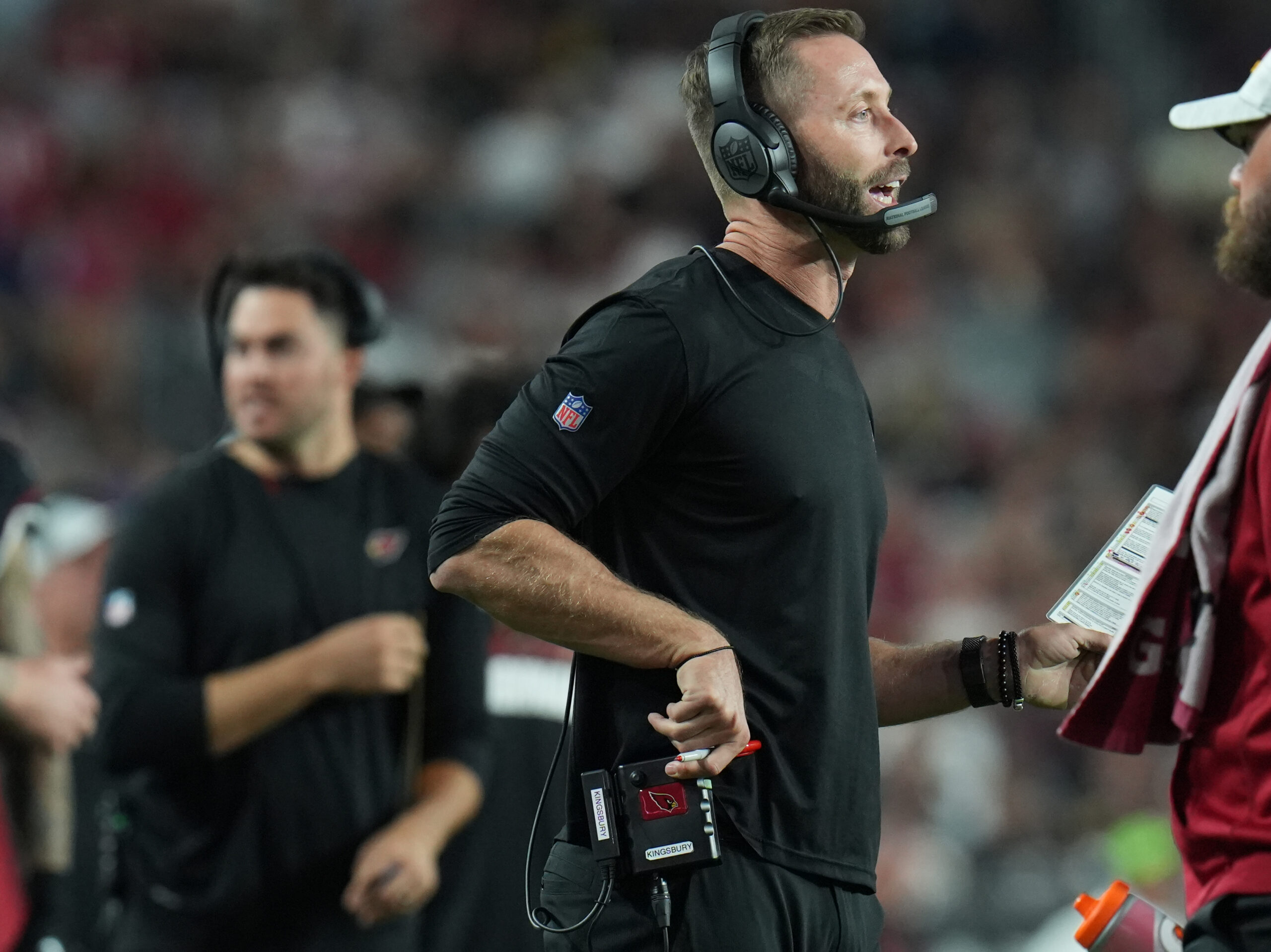 The Arizona Cardinals squared off against the Baltimore Ravens for a week two preseason matchup.

This was the first game for Arizona back in State Farm Stadium.

After giving up a 17-point lead, the Cardinals fell just short of mounting a comeback. From what once was a 24-3 deficit, Arizona fell to the Baltimore Ravens with a final score of 24-17.

Trace McSorley got his first chance to face off against his former team. McSorley had an impressive first-week performance and looked to carry that momentum.

Andy Isabella started the game with a smooth sliding catch to complete a third-down conversion. However, no points were scored on the drive after Matt Prater missed a 54-yard field goal attempt.

Tyler Huntley got the start at quarterback for the Ravens. Huntley saw plenty of opportunities last season as starter Lamar Jackson faced injuries throughout the second half of the year. Leading Baltimore down the field going 5-5 on his first drive, Huntley allowed kicker Justin Tucker to take the lead with a field goal. As expected, Tucker gave the Ravens an early 3-0 advantage.

Jonathan Ward responded quickly with a 48-yard kickoff return which gave the Cardinals excellent field goal position. Once again, the Cardinals were not able to capitalize on this field position as McSorley threw an interception on a fourth down attempt.

Fast forward a couple of drives and Tyler Huntley drove right by the Cardinal’s defense. The rookie tight end, Isaiah Likely finished the drive with over 65 receiving yards along with topping it all off with a 10-yard touchdown catch. A completed extra point extended the Ravens lead to 10-0 with a couple of minutes left in the first half.

After a dropped touchdown by Victor Bolden, Matt Prater had to come back on the field for redemption. Prater was able to drill a 21-yard field goal sending the game into half with a score of 10-3.

Rookie Anthony Brown got the ball at quarterback to start the second half for the Ravens. The Cardinals were able to quickly take Brown off the field but, a good punt and a bad special teams decision, resulted in Arizona starting with the ball at the 3-yard line.

Unlike week one, McSorley had the opportunity to start the third quarter for the Cards. However, Baltimore intercepted a poorly thrown pass at midfield. This was Mcsorley’s second interception of the game.

Brown capitalized on the interception with a three-yard touchdown pass to WR Tyler Badie. Baltimore’s second passing touchdown of the night improved their lead to 17-3.

Padding onto the lead even more, Brown tossed a dart for a 38-yard touchdown pass with two minutes left in the third quarter. An extra point made the score 24-3.

Kyler Murray took over the headset attempting to make a dent in the Ravens 17-point lead. With what was a completely different result than week one, Murray was able to utilize the passing game and lead the Cardinals down the field. After an impressive 3rd and 19 conversion, Tracey ran the ball into the endzone with a 2-yard touchdown. The extra point by Prater brought the Baltimore lead down to 14.

On the first play of the following drive, Chandler Wooten got himself an interception. Jarrett Guarantano took over quarterback for Arizona with excellent field position. He wasted no time getting the Cardinals right back into the endzone with a 15-yard pass to WR Jontre Kirklin. All of the sudden, Arizona found themselves right back in the game only being down 24-17.

The Cardinals did get one more shot to tie the game but failed on a fourth-down conversion.

The Ravens improved their preseason winning streak to 22 games.