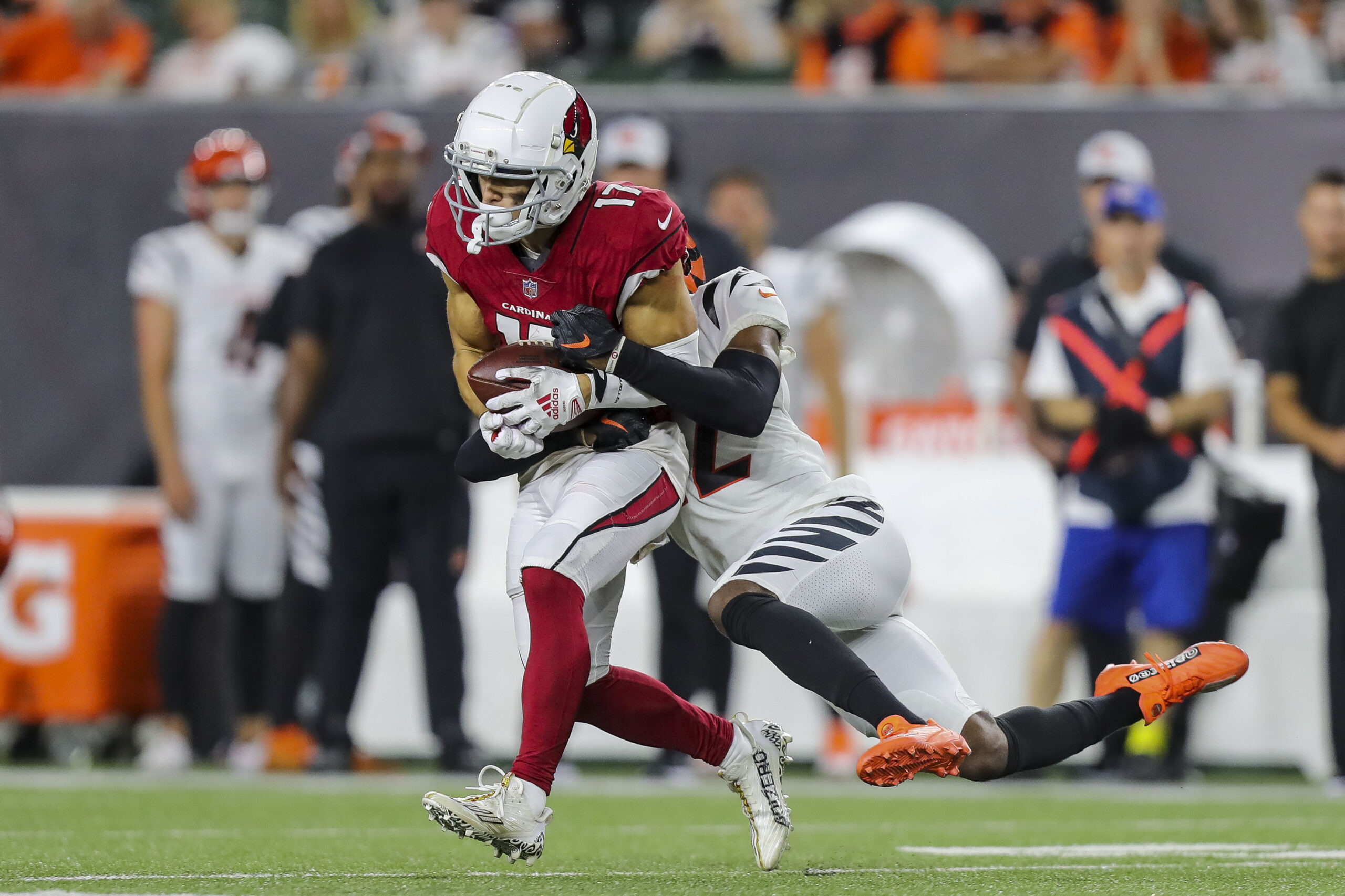 The Arizona Cardinals showcased a lot of unfamiliar faces during their Friday night matchup against the Cincinnati Bengals. However, there is one name, in particular, that may be fighting harder than others to find his place on the Cardinals roster. This would be Andy Isabella.

Seeing Andy on the field did not seem probable after the offseason drama that occurred. Back in March, the Cardinals gave their 2019 second-round draft pick permission to seek a trade. Isabella’s agent made the chances of his return seem slim.

“I think we have all concluded, including the Cardinals that it might be best for Andy to get a fresh start.”

However, fast forward five months, and the speedster found a way out of being let go by the organization. Isabella decided to not give up on Arizona quite yet.

Throughout the 2021 season, Isabella’s contribution fell to almost nothing out of nowhere. Andy saw only eight games, none of which he started. In those eight games, he had one reception for 13 yards.

This may have been a surprise for many considering he did play a decent amount of time during his first two years with the team. However, Isabella was competing with a packed Cardinals offense filled with many WR weapons including DeAndre Hopkins, AJ Green, Christian Kirk, and Rondale Moore.

The Cardinals receiving core has not lost its stride now in 2022. Although they did trade away Christian Kirk, Arizona quickly replaced him with 25-year-old Marquise Brown. With that being said, so far the Cardinals have decided to stick with Andy Isabella as of now, and this may be for only one reason.

Many people do not know this because it is often overlooked, but Isabella is one of the fastest players currently in the NFL. He is currently tied 6th in the league for 40-yard dash time as he ran a 4.31 at the combine in 2019. Speed is hidden in the Cardinal’s offense yet they continue to try to build this attribute. With that being said, his 40-speed may be one of the only reasons that Andy is still on the team’s roster.

Shining in week one

During the team’s first preseason game, Isabella scored his first touchdown since week 3 of the 2020 season. Although his play time was limited because of rookies getting in reps, Isabella led the team with 57 receiving yards. One standout play in the game came in the first half when Isabella caught a tough 36-yard reception over his defender.

Of course, there is no promise that Andy Isabella will be on the team come week one. However, with the suspension of WR DeAndre Hopkins and opportunities this preseason, Andy might just find a way to sneak on the field.

With his speed, Isabella can be an exciting player to watch as he has just not gotten the opportunity to showcase his skills quite yet.