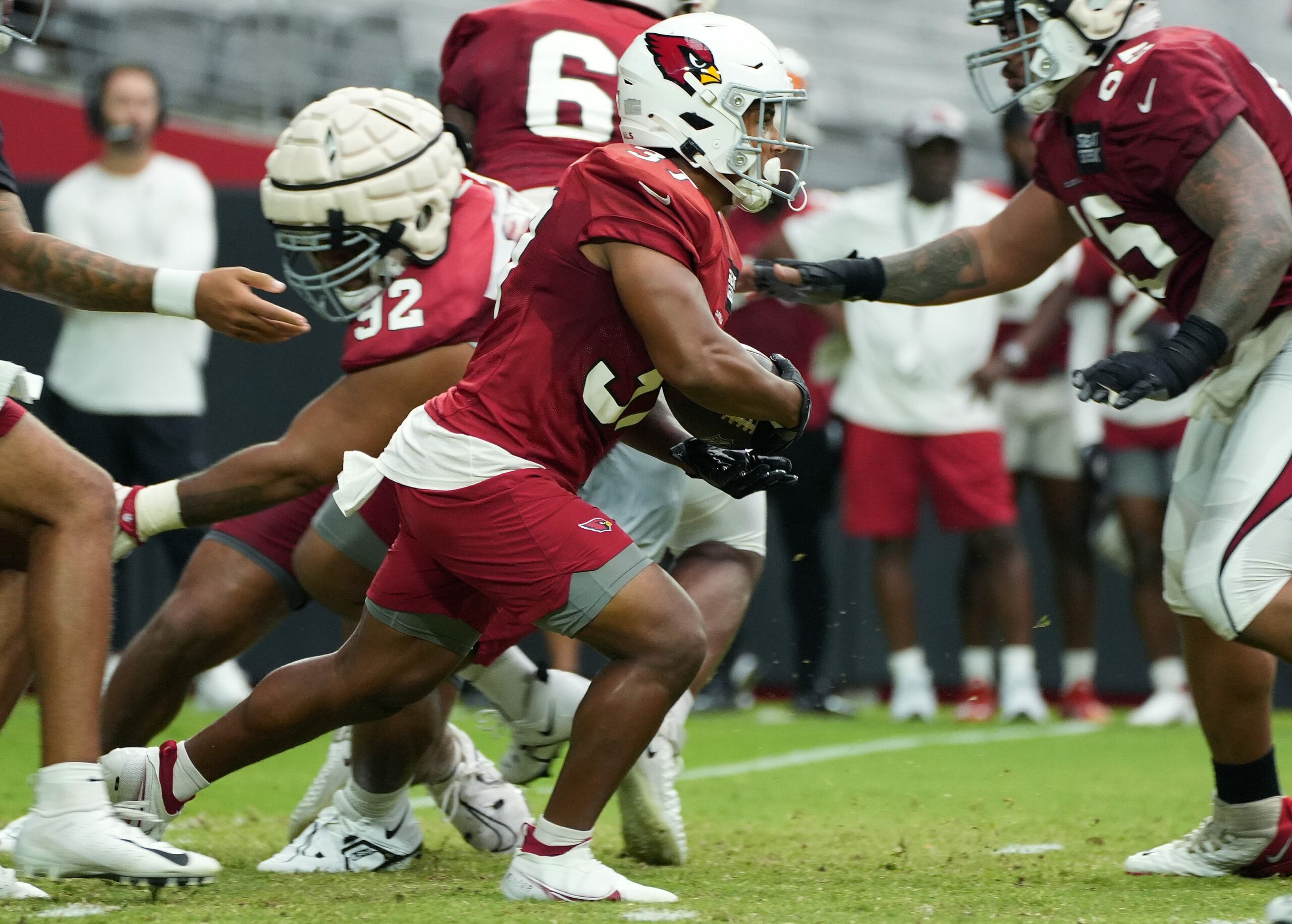 Running back Ronnie Rivers breaks through the line with the ball during the Arizona Cardinals Back Together Saturday Practice at State Farm Stadium in Glendale, Ariz. on Saturday, July 30, 2022. Cardinals Fan 26. oe Rondone/The Republic / USA TODAY NETWORK
Spread the love

By Tuesday, all NFL teams must cut down their rosters to the maximum of 85. With the five players that the team cut this Sunday afternoon, the Cardinals are now sitting with 86 players.

However, 85 is not the last deadline that NFL teams have to meet. On August 23rd the team will be required to only be holding 80 and by August 30th the final cut is due to have the team’s roster down to 53.

The Cardinals next preseason matchup will be next Sunday against the Ravens. The stakes are high for the majority of the players on the field as they all know that the upcoming deadlines continue to inch closer.

As of now, Arizona will still have to cut 33 players before August 30th.