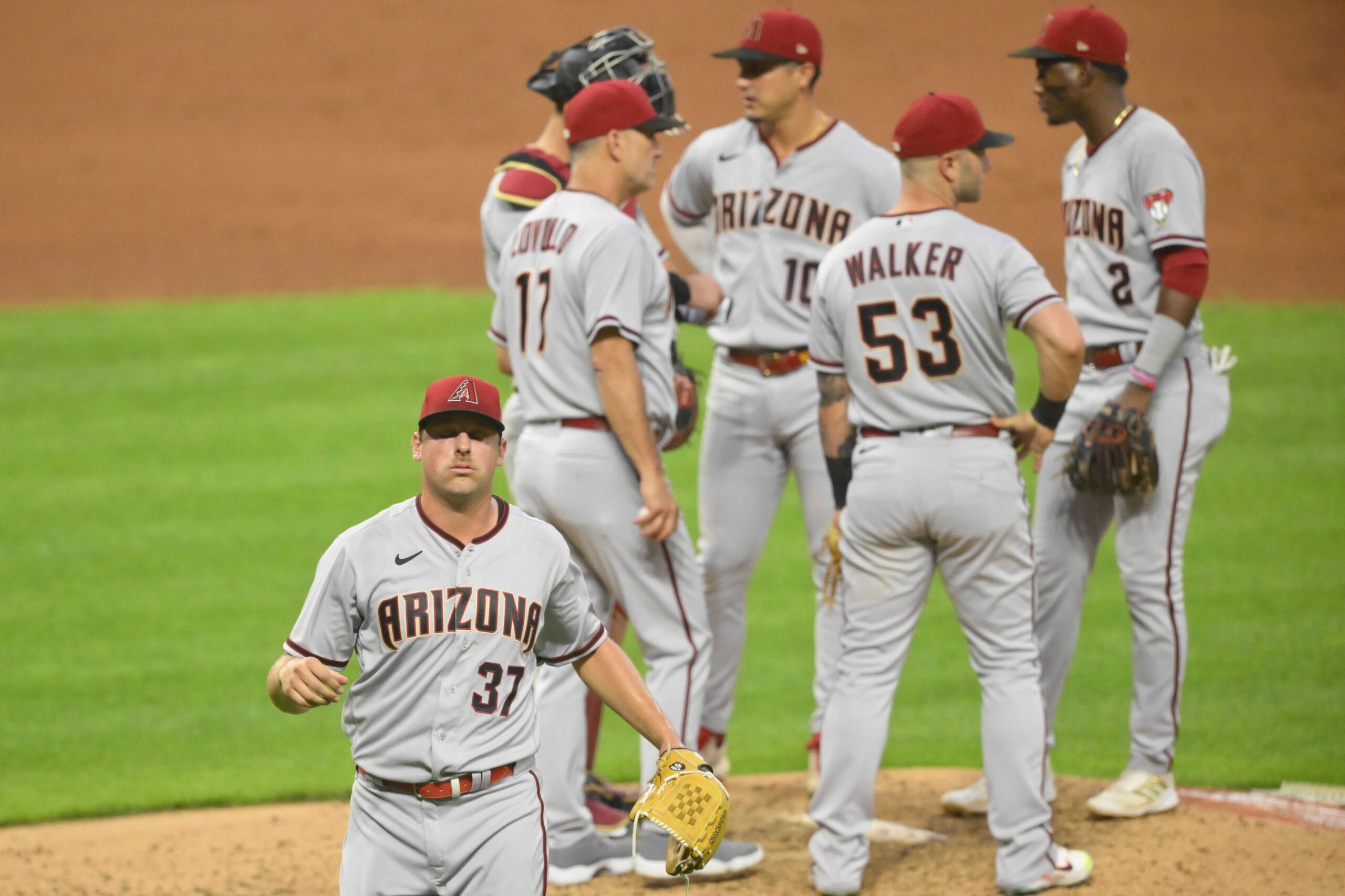 The Arizona Diamondbacks, seemed to be at a place as a franchise that would make some major moves before the August 2nd trade deadline.

The Diamondbacks are 2 seasons away from being truly competitive. They have a mix of older pitchers and younger fielders, which is also why people expected them make moves to bridge that gap moving forward.

Having some of the top prospects in the minors, two choices were on the table. One choice being to trade a few young guys for some proven big leaguers. Two being stay the course and stay patient, let the young guys develop and see where we end up in 2024. No one answer is correct or wrong, at least not until the players prove it either way with their play on the field.

Most people, including myself expected the Diamondbacks to be highly active this month in trades, and yes they made 2 trades so far. However that isn’t even close to the noise expected.

Again, it is not the wrong choice or a bad choice. You can trade talent for years trying to get a winning team and never succeed. The Diamondbacks see something in this farm system that they do not want to get rid of for short term success.

2023-2024 also has a time table for SS Jordan Lawler and OF Corbin Carroll who has been on an absolute tear this year, both stepping to the plate with their bats on fire.

In not making a decision, you ultimately made a decision. The D-Backs are telling the league with their lack of moves at this trade deadline, that they believe in these young guys and are committed to building around them.

After rumors of trading players like Merrill Kelly, Madison Bumgarner, Christian Walker, and David Peralta; with only the latter getting moved as well as Luke Weaver, they have come out and said the roster will most likely stay put. Only talks the front office is involved in are talks for Bumgarner and those talks are not serious per sources.

I believe the last few months of this 2022 season and the first half of the 2023 season will be used as a big league try-out for the club and really tell the front office which way they should lean. If these young players are putting any kind of doubt in their mind, I am positive next years trade deadline for the Arizona Diamondbacks will be very active.

As of now it is 2 hours until the trade deadline, we will update if anything changes, as soon as it changes.