Arizona Diamondbacks Ups and Downs at the Plate 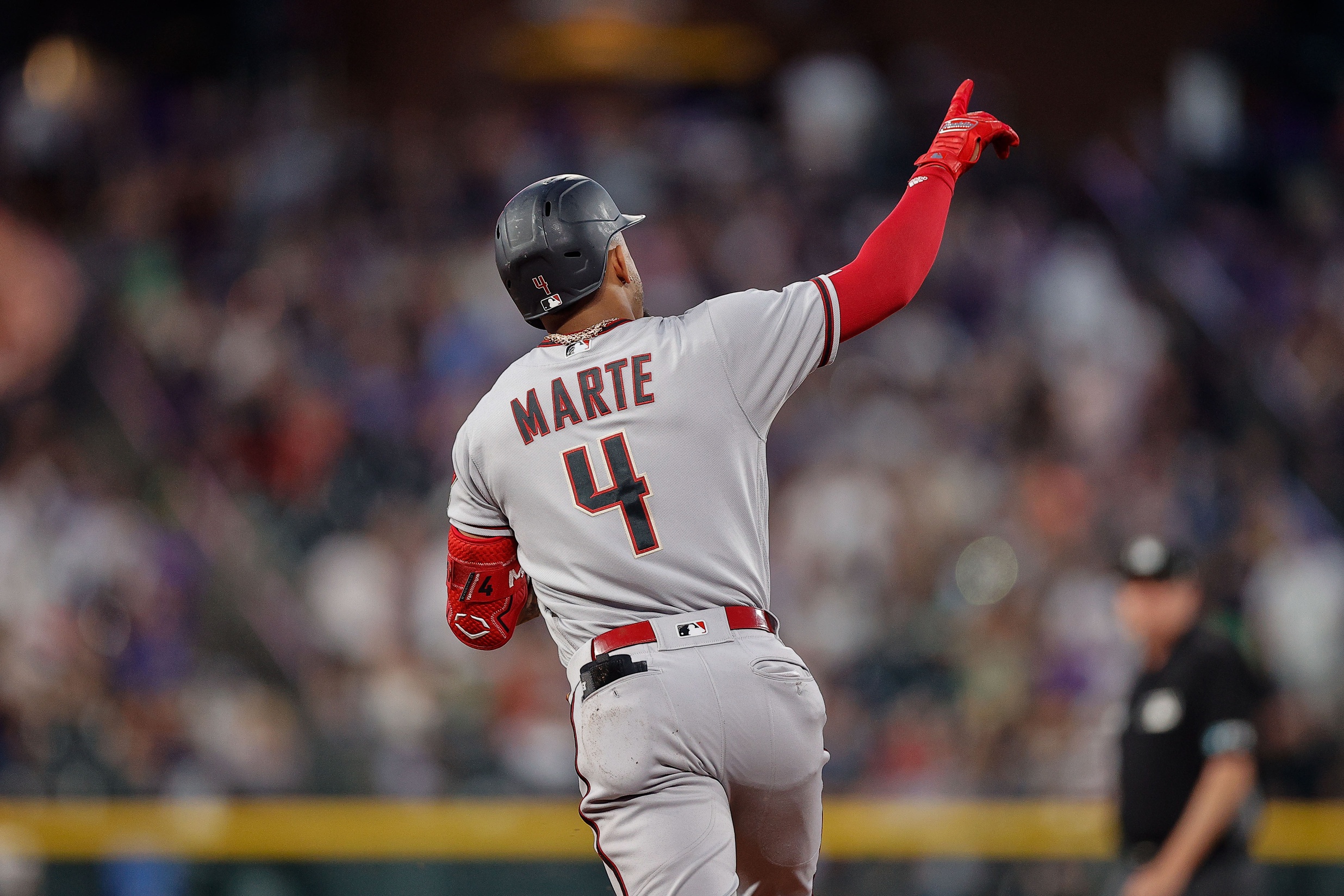 The Arizona Diamondbacks have a few players who since the calendar page turned into July, have been on fire. However even with four players hitting with an average above .300 on the month, the trend of leaving runners on base has been holding this team back.

Ketel Marte had been the most consistent hitter on this lineup all season, and when he took his game to another level in July, Carson Kelly, Jake McCarthy, and Josh Rojas followed.

Catcher Carson Kelly, after starting the season off on a slow foot, batted .340 AVG/.391 OBP/.681 SLG over the month of July. In 47 at bats Kelly only struck out 6 times, recorded 4 home runs and 16 hits. He entered the All-Star break on a 10 game hitting streak.

Rookie Jake McCarthy has had his ups and downs at the plate and in the field, yet he has been a strongpoint with a bat in his hand over the last 7 games. In those games he has batted .333 with an OBP of .368 while SLG .667, scoring 4 runs in 18 at bats on 6 hits and 1 homer. He is also on a mini hitting streak himself, a streak of 3 games before the mid summer classic.

The other bright spot lately is Josh Rojas, not as consistent as the team would like, but over the last 15 games he has done his part. Getting 16 hits, 7 runs, and 1 home run while batting .308, getting on base at .400 and slugging .481, only striking out 14 times.

Even with the core of their lineup hitting, it has not translated into success, over the month of July the team has a record of 6-10; 40-52 on the entire season. Over the last 15 games the D-Backs’ other hitters besides Marte, Kelly, McCarthy, and Rojas are hitting an average of .212.

Leaving runners stranded on base is a regular problem, on the season only hitting .223 with runners in scoring position. Only two teams in the entire league are hitting worse, the Oakland A’s at .211 and the Pittsburgh Pirates at .222. The Diamondbacks average 6.61 runners left on base per game this season.

Over the next 2 weeks the front office will make a number of moves, whether in the trade market or calling players up from the minors; I would not be surprised if it ends up being a little bit of both. The franchise will likely spend the remainder of the season giving kids a chance to show what they have at the big league level. Either to call them up long-term or to drive up their trade value.

I pointed out in my previous article the Diamondbacks biggest problem being their depth, specific players and moves the front office is rumored to make. Also went into more detail on the future of the franchise after this monumental draft in the draft breakdown.