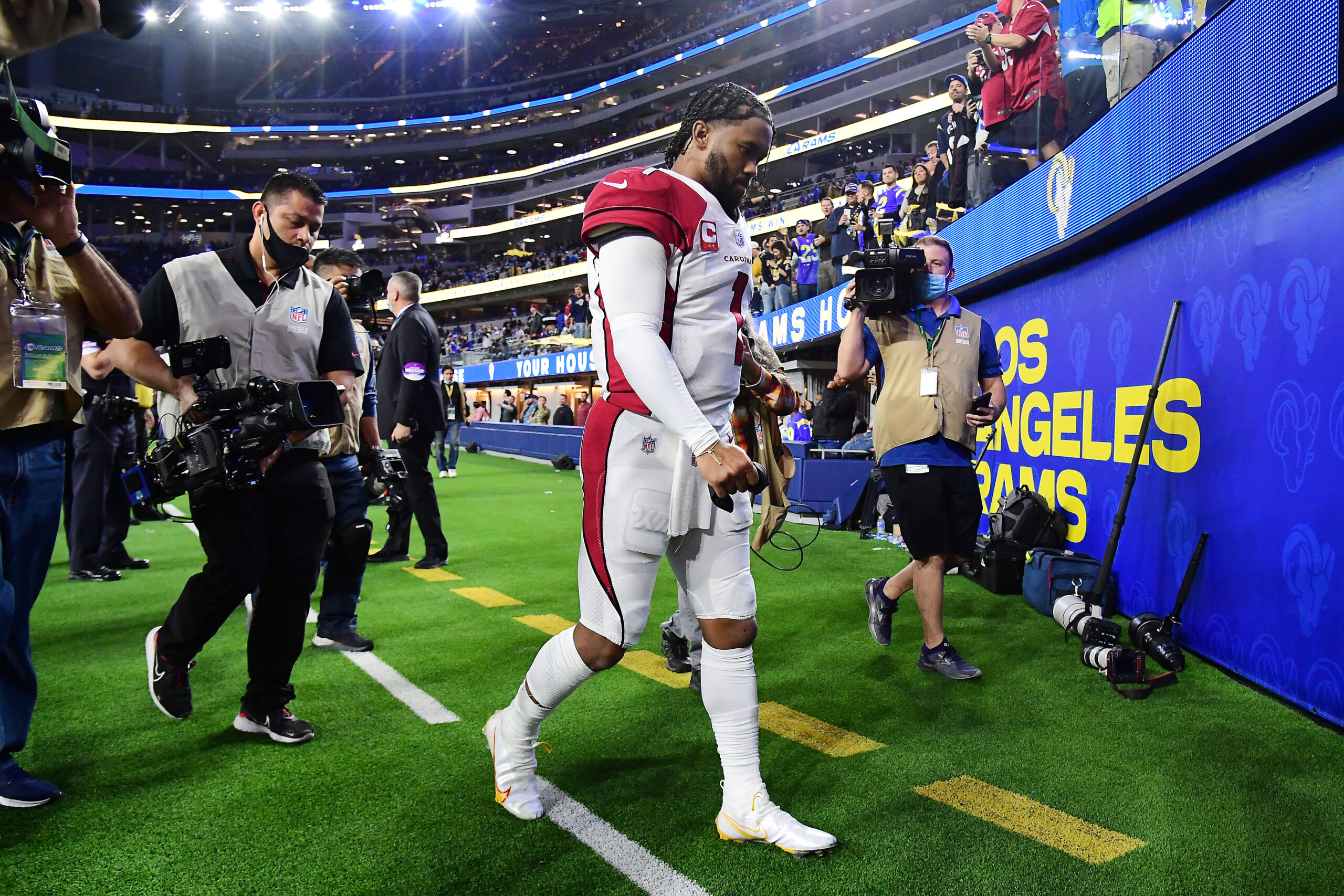 Heisman winner Kyler Murray was selected #1 overall in the 2019 NFL draft by the Arizona Cardinals.

Murray signed a 4-year contract worth $35.7 million. However, $23.6 million of this was included in his signing bonus. This left him with only a $12.1 million base salary split over his next three years with the Cards.

As Murray approached the final year of his rookie contract, relations became tense over the offseason. Murray went as far as removing all Cardinals-related posts from his social media. For weeks, Cardinal fans wondered if he was gearing up to play his last season with the team.

His deleted posts were due to his rookie contract expiring at the end of the 2022-2023 season. This was if the Cards did not exercise his fifth-year option.

In typical NFL front office fashion, the team waited until the last minute to exercise this fifth-year option. With the deadline approaching on May 2nd, they exercised the option on April 27th.

This option guarantees Murray $30 million during the 2023 season.

Nonetheless, if Murray does not sign a new contract extension, he will only receive $5.5 million in cash earnings for his 4th year. Although this may seem like a lot of money, this will rank Murray 24th among active NFL quarterbacks for cash earnings during the upcoming season.

Since the disrupted relations in the early 2022 offseason, Murray has once again added back his Cardinal-related tweets. He has also made it clear that he wants to stay on the team.

Murray expressed via Twitter that he wants to win a Super Bowl with the Cardinals. This was followed by a reply to a tweet regarding Cardinals GM Steve Keim stating there was “zero chance” on a Murray trade. Murray replied simply with the 100 emoji.

With veterans reporting to camp on July 26th, time is ticking for the Cardinals’ front office. As of now, nothing officially has been heard about a contract being written up, but there is general speculation that a deal may be closed any day now.

If the Cardinals do extend Murray, they will have to be prepared to make a huge financial investment for the young quarterback.

After a second pro bowl appearance for the 24-year-old, his price tag rose quite a bit. In a recent projection from Brad Spielberger, a salary cap analyst, it could be near $280 million over six years.

The good news for Murray fans?

Cardinals head coach, Kliff Kingsbury, does not seem phased by the dollar amount. Kliff expressed his feelings for Murray during an OTA practice on June 16th where he stated,

“We’re about to make him the highest-paid player in franchise history.”

A statement like this from the head coach is all but surprising.

Kliff made it clear that Kyler was his guy even back in his college days. Kliff Kingsbury spoke highly about his future quarterback while coaching at Texas Tech. The coach even went as far as saying he would take him in the first round of the NFL draft. His self-fulfilled prophecy of course came true in 2019.