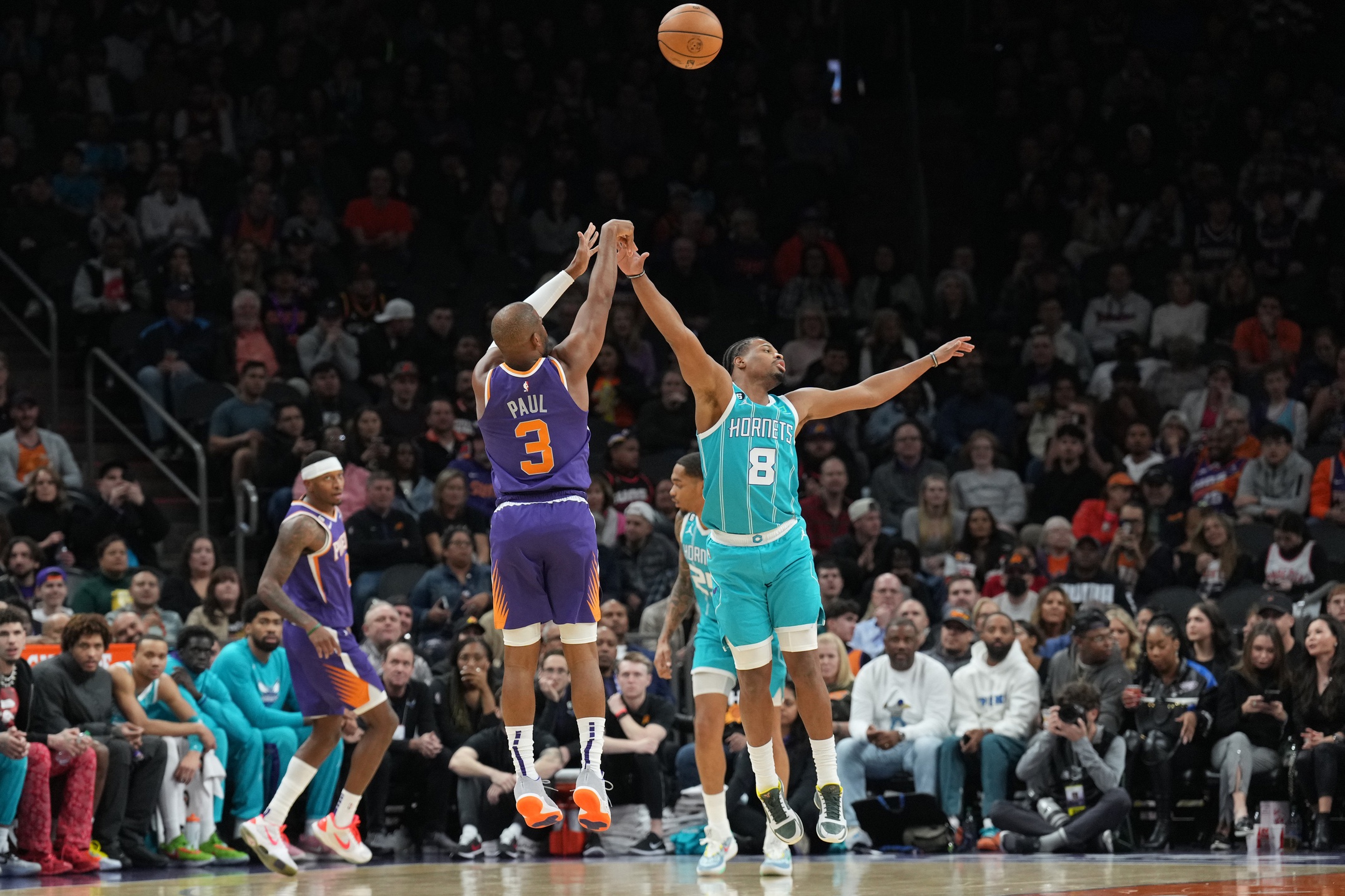 The Phoenix Suns didn’t hold back on Tuesday. Coming off a three-game winning streak, the ceiling for Phoenix appeared to be raising finally.

The Charlotte Hornets, much like the Suns, were without a few players as well on Tuesday. Charlotte was namely without LaMelo Ball, while Phoenix was without Deandre Ayton and Devin Booker.

The Suns have been built on bench continuity, as most players have stepped into critical roles with the injuries.

With an unbeaten equation for the last three games, Phoenix was able to coast against Charlotte beating the Hornets 128-97 .

The game isn’t always dictated by three-point success. Yet when a team goes 55 percent from beyond the mark, things become difficult for the opposing squad.

Phoenix was able to accomplish just that. Dario Saric and Jock Landale had a terrific night from three-point territory. The two big men combined for 6-of-11 from downtown.

With two big men clicking in unison, the rest of Phoenix’s shot-makers were just a bonus.

Bench Shows Up to Compete

Getting a 66-point performance from reserves is always a positive. With the Suns bench taking the charge, head coach Monty Williams was able to give his starters most of the fourth quarter off.

The Suns enjoyed a comfortable lead for most of the game, despite letting the Hornets get close during the second quarter.

Saric possibly enjoyed the most impressive showcasing off the bench. The Croatian big scored 19 points along with eight rebounds and three assists.

Cam Johnson Proving his Worth

Phoenix and Johnson weren’t able to come to terms on an extension this offseason. At one point, it was proved a diligent move by the front office. Now, it may be one they regret.

Johnson has been impressive to say the least in his return to the court. Tuesday showed the same, as he lead the Suns with 24 points in only 18 minutes.

Johnson also shot 9-of-11 from the field in that short timespan, going 6-of-7 from three-point territory.

The 26-year old’s role may slightly reduce when Booker returns, but the Suns may have the true gem they believed to possess in Johnson.