Cam Johnson Having a Huge Night Vs. Hornets 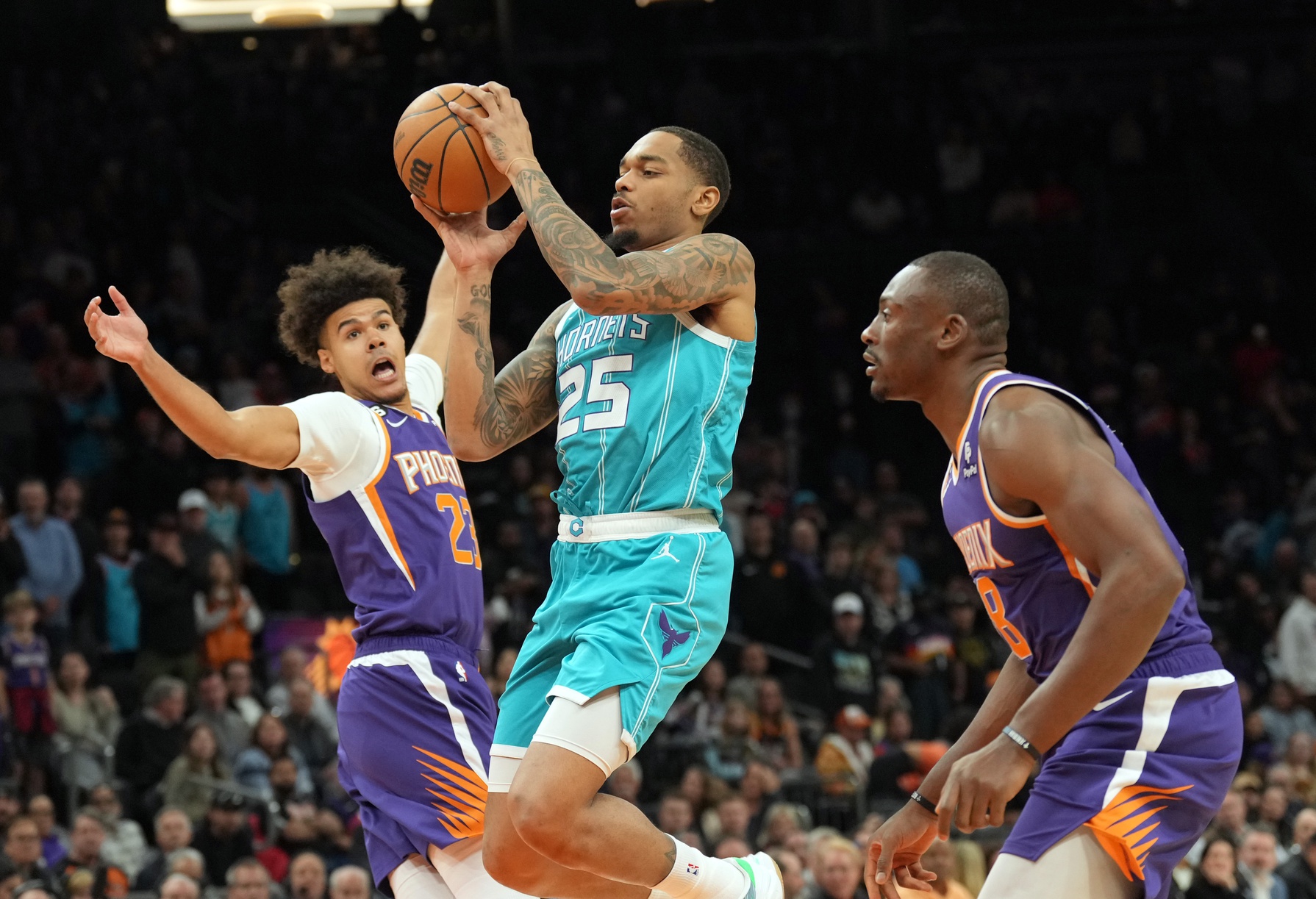 The Phoenix Suns have found themselves in a winning grove lately, and it’s no surprise that Cameron Johnson has something to do with it.

The Suns are on a three-game winning streak, ironically on par with Johnson’s return to the lineup.

Tuesday is proving that notion right once more against the Charlotte Hornets. In just the first quarter alone, Johnson was able to put up 16 points while going a perfect 6-of-6 from the field.

For context, the Hornets were only able to score 15 points in the quarter, which also bodes well for Phoenix’s chances of winning.

Johnson’s showing is impressive considering his minutes restriction that’s still in play. The 26-year-old is in the midst of a comeback after tearing his meniscus early on in the season.

The Suns as a whole are nearing full health once more. The overall hope is that it stays that way long enough to build longevity in chemistry.

Deandre Ayton remains out with a non-COVID illness, which shouldn’t see the seven-foot center out much longer.

The final piece that remains is the return of Devin Booker, who’s nursing a groin injury.

Despite the number of injuries that’ve been unfortunate to Phoenix, they’ve weathered the storm. The Suns currently are seventh in the Western Conference prior to Tuesday.

With that — and the return of Johnson and more — it’s not impossible to imagine the Suns retaking the West as the second half of the season draws nearer.

Johnson didn’t see much playing time in the second quarter, but he was able to hit a three-pointer with seconds left in the quarter. Phoenix was in dire need of his scoring, as the Hornets went on a scoring drought that allowed Charlotte a 23-5 run.